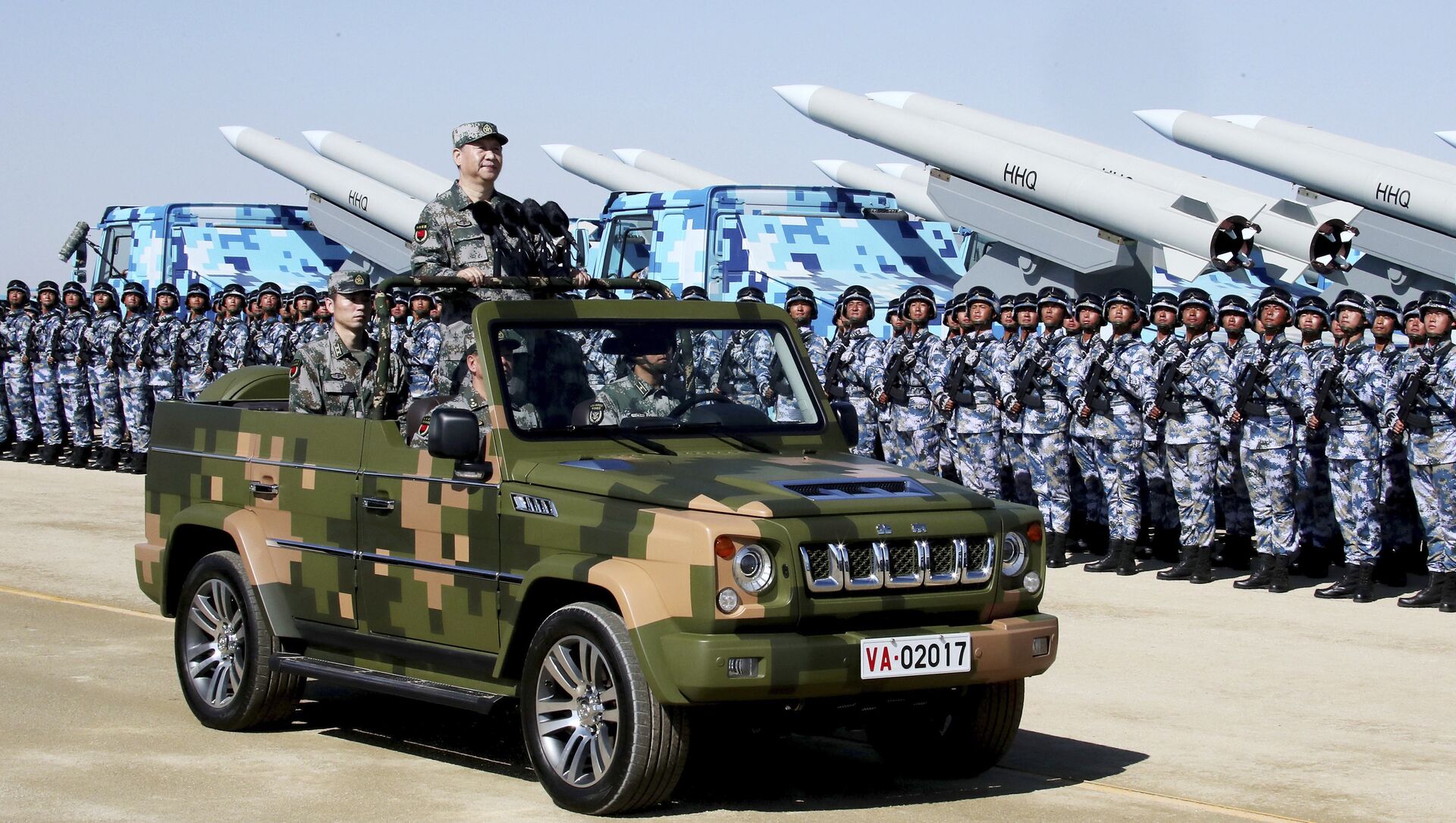 Mary F.
All materialsWrite to the author
Tensions between the US and China have been high in recent years. Taiwan is considered a part of China's territory, although the US continues to maintain robust unofficial ties with Taiwan. The US also repeatedly challenges China’s maritime claims in the South China Sea and has accused China of imposing draconian laws in Hong Kong.

During a Tuesday legislative session, China’s President Xi Jinping said the military needs to “be prepared” amid an “unstable” security situation with other nations.

“The current security situation of our country is largely unstable and uncertain,” Xi said during the panel discussion attended by armed forces representatives, the South China Morning Post reported.

“The entire military must coordinate the relationship between capacity building and combat readiness, be prepared to respond to a variety of complex and difficult situations at any time, resolutely safeguard national sovereignty, security and development interests, and provide strong support for the comprehensive construction of a modern socialist state,” he added.

“We are facing mounting tasks in national defense … and we must comprehensively improve military training and preparedness for battle so as to increase our strategic capabilities to prevail over our strong enemies,” Wei said.

“We urge the new US administration to fully understand the high sensitivity of the Taiwan issue,” Wang said, also calling on Bien to “change the previous administration’s dangerous practices of ‘crossing the line’ and ‘playing with fire,’” AP reported.

China’s Ministry of Finance revealed earlier this month that its defense spending growth would be increased to 6.8% this year, the largest increase since 2019, as tensions with the US and its neighbors increase, Bloomberg reported.

Even though it adopted the “One China” policy in 1979, which acknowledges Beijing’s claim that Taiwan is an inseparable part of China, the US maintains close independent trade ties with Taiwan and remains its top supplier of weapons.

Tensions between US and China further escalated when the then-US Secretary of Health and Human Services visited Taiwan in August 2020, making the first highest-level visit by a US Cabinet official since Washington and Taipei formally broke diplomatic relations in 1979.

The South China standoff also remains unsettled and has contributed to high tensions between the US and China.

The South China Sea contains many islands, reefs and shoals presently controlled and occupied by the People's Republic of China, but also claimed by several other nations, among them Vietnam, Taiwan, Cambodia, Brunei and Philippines. Aside from the enormous amount of international sea trade that passes through the area, it is also believed to contain large amounts of as-yet unexplored oil and natural gas deposits.

The United States and its allies, such as the UK, France, Canada, Australia and Japan, repeatedly challenge China’s territorial and maritime claims by conducting so-called freedom of navigation operations, sailing military vessels in the South China Sea.