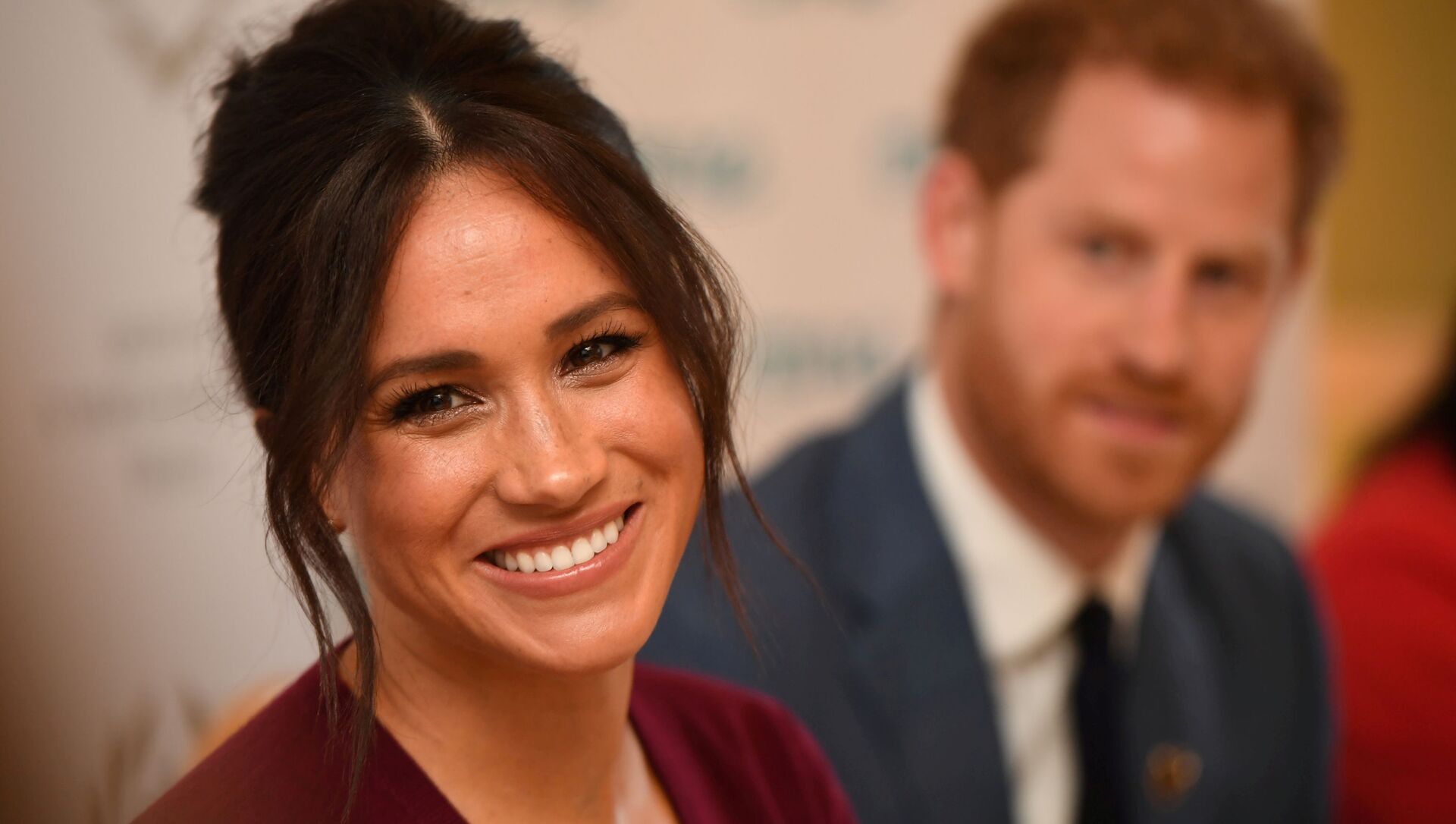 After Prince Harry and Meghan Markle's tell-all interview with Oprah Winfrey was released on Monday, the names of the couple seized the media headlines. Particularly, Markle's accusations of racism by the royal family made a buzz and prompted heated debate between those supporting the couple and others condemning the revelations.

While the buzz around the explosive interview with Harry and Meghan continues, Buckingham Palace, facing accusations of racism and other revelations, stated on Tuesday that it will address the issues privately.

Sputnik spoke with a royal commentator, Richard Fitzwilliams, to learn his opinion on the couple's bombshell media appearance and discuss how the interview could affect the royal family.

Sputnik: What do you make of the interview and its timing?
Richard Fitzwilliams: The interview was one that I always hoped would not happen, because my hopes originally were that Harry and Meghan would be dynamic and contemporary members of the royal family, which would have extraordinarily wide appeal, especially to young people. What happened is a very tragic breach. There is no question that last night's interview can only be described as dynamite. When you see an interview like that, nearly two hours, and there are more clips apparently being released, so that will make a response difficult. It tends first, I think, to affect you emotionally, with accusations of racism, an unnamed member of the royal family is supposed to have asked the skin colour of Meghan's child son, Archie. What was that going to be? How dark? The fact that she claimed that she felt suicidal and was offered no help at all by an uncaring Buckingham Palace. Ceaselessly, the issue of security came up as though they didn't or would not or might not qualify for protection, which of course was absolutely pivotal, especially given the tragic death of Harry's mother, Diana, in a car crash in 1997. What we're looking at here was something that certainly countries will see, something that was deeply moving in parts. President Biden has praised Meghan's courage in talking about mental illness through his spokesperson. But we must also look at whether or not this interview represented the facts when you've been emotionally affected by it, as I think a lot of people were. It is also important to look at what they actually said and see how factually correct it is, if you accuse a member of the royal family of racial prejudice, but you do not name them and you simply tell Oprah afterwards. After all, she is the world's top chat show host. It isn't the queen or the Duke of Edinburgh.

Then, the question must be, who is it? And it's very embarrassing. Of course, such an accusation is very vile. Then, if you accuse the palace human resources team of being totally uncaring, when you say that you're suffering from mental illness and stress, this is the same team that are also investigating allegations that Meghan bullied staff. This began a few days ago and obviously was also linked to yesterday's interview. There is a problem with the timeline and some of the accusations made. And I'd also make the point of a title that was an indication or inference that one of the reasons that Archie didn't have a title - we’d always understood that Meghan and Harry didn't want that child to have a title. They wanted him to have a normal life. They said the reverse, and the actual facts of the matter are that he has a title, if you wish to use it, the Earl of Dumbarton, when Charles ascends the throne, automatically he becomes an HRH, his royal highness.  That part wasn't accurate. Then there are a number of aspects to this interview of clashes with what we understood previously - a row before the wedding between Meghan and Kate - whether or not they blindsided the queen, when they announced they were stepping back from royal duties. They didn't want to step down, which is what they were forced to do over a year ago. There's a lot to digest here, but this is undoubtedly a crisis. 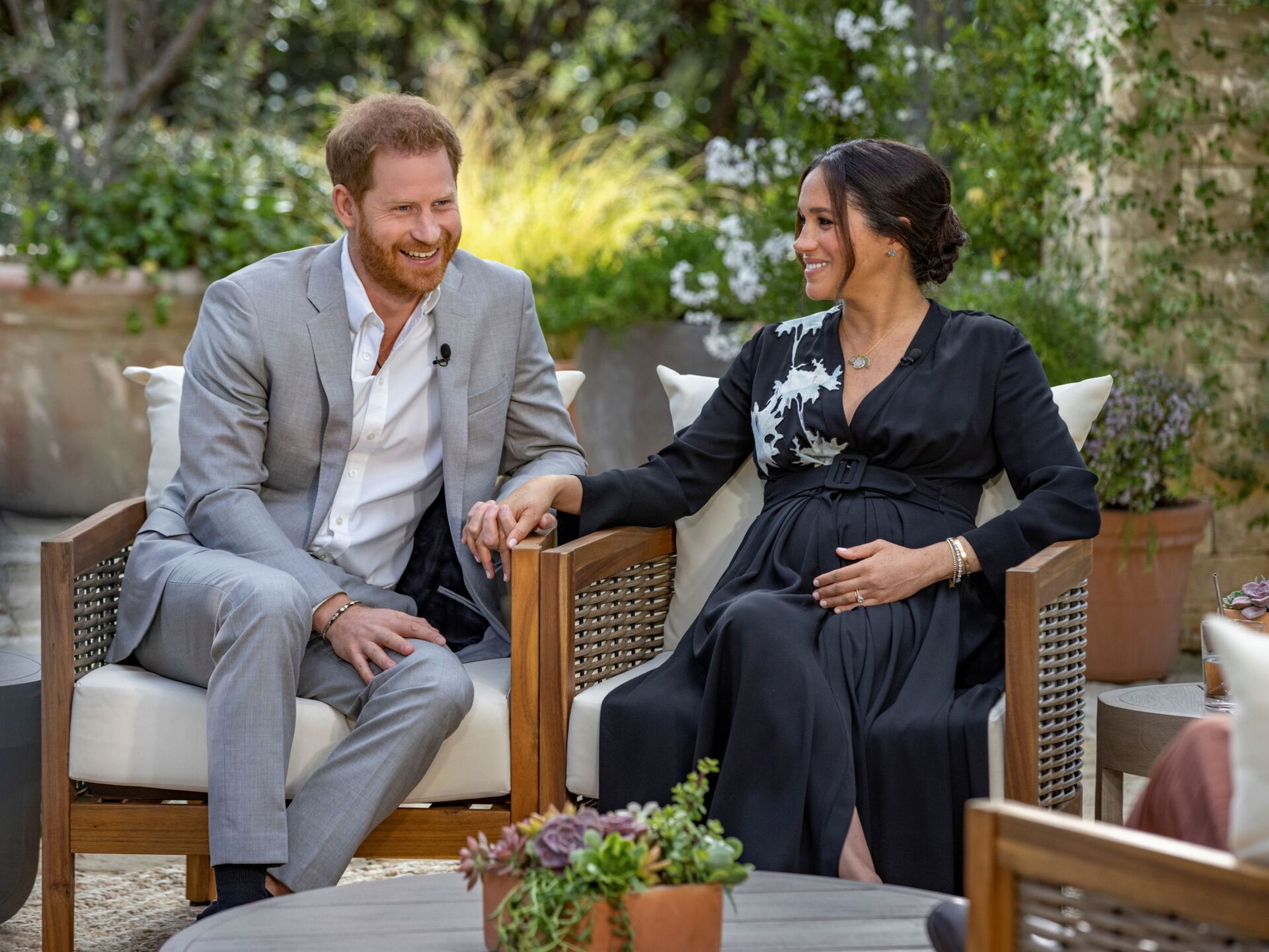 Prince Harry and Meghan, The Duke and Duchess of Sussex, give an interview to Oprah Winfrey in this undated handout photo
© REUTERS / HARPO PRODUCTIONS

Sputnik: There have been calls to abolish the monarchy on social media since the interview aired. How will this scandal affect the royal family?

Richard Fitzwilliams: It's always been fairly consistent, and about 20 percent support calls to abolish the monarchy. I wouldn't take them too seriously, because Britain has had a monarchy for well over a thousand years, except for a period briefly in the 17th century during the Civil War when Oliver Cromwell was Lord Protector. There isn't a strong Republican movement here. On the other hand, there is the feeling that because Meghan and Harry was supposed to be a dynamic modern duo and because also there was so much hopes that persons of colour would relate to her - she's biracial, she's American, she's a divorcee, the royal family was changing and so on. Very clearly, she did not feel welcome at all in it. There were echoes in the interview that not much had changed since Diana's day. We know that she felt lonely and isolated. I do think that the palace response to this is going to be pivotal - now that taking that time as well, they might. As I say, it is very difficult to respond since they have apparently a large number of other aspects of this interview in the can. There is a sense in which this interview is a revenge and there is a sense in which they want to get that point of view over, because they claim palace aides have been briefing against them, that the press have given people the wrong idea that Harry, for example, said he wouldn't have had to deal with Netflix and Spotify if he'd had money, which he was cut off by Prince Charles who'd been paying them a grant before. There is so much here that is going to be contested. There was even a rumour of some form, not a former marriage so much - that sort of ceremony, with just the two of them, the Archbishop of Canterbury, they called it a marriage. And this before the main wedding. Apparently, they exchanged their vows. I mean, on the happier side, we know that the new baby is going to be a girl. But there was nothing happy about an interview that could have been some form of weapon shot at Buckingham Palace from across the Atlantic in California. 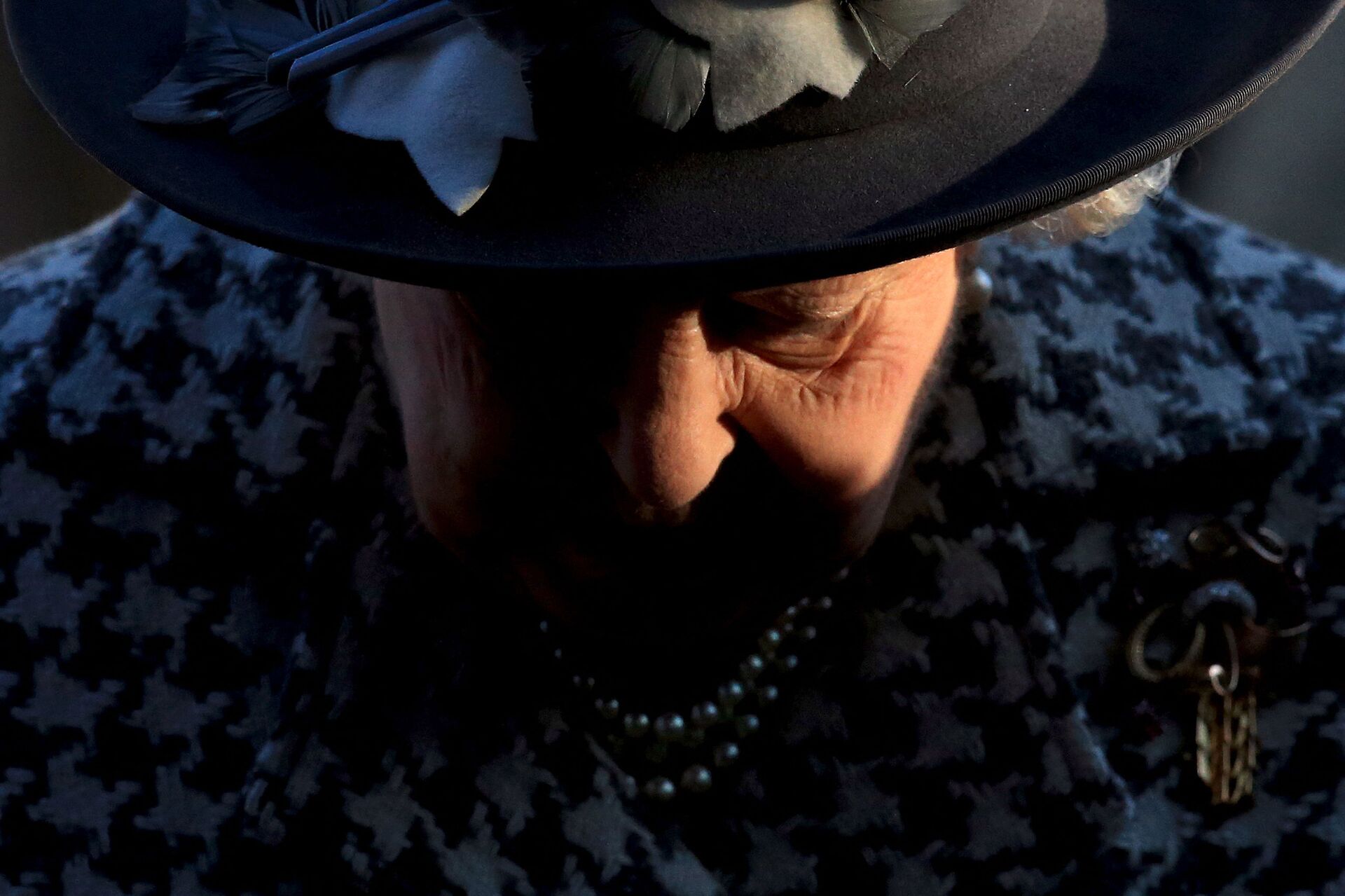 Sputnik: What do you make of the comparison of Meghan to Princess Diana?

Richard Fitzwilliams: I think that people will make the comparison between Megan and Diana, but the difference ends to the point where in the 1990s, when Charles and Diana's marriage was breaking down, when they separated and subsequently divorced - that was a very public war between them, called the War of the Whales, was fought in newspapers, magazines and on radio and television. And there were some interviews there and one by Charles and another on Panorama by Diana.  I think there are comparisons, but things have moved on and over some 25 years last year since Panorama, the interview Diana gave you could make the point that the palace hadn't modernised. But this does beg one fact, with yesterday’s interview, which was very emotional, which, where they spoke extremely well, and what undoubtedly with Oprah, as the queen of the chat show, has communicated superbly, was just one side of the story. Normally, the palace doesn't respond. They never complain, never explain. That mantra probably won't apply here. But until they know that, for example, they've seen what it is going to be put out, because they're still coming out. And until they've thought and digested everything that was in the interview, I bet they are going to play this. With the media and with world pressure and a lot of outrage, they are going to play this very, very carefully - a lot depends on it because this is a real crisis.