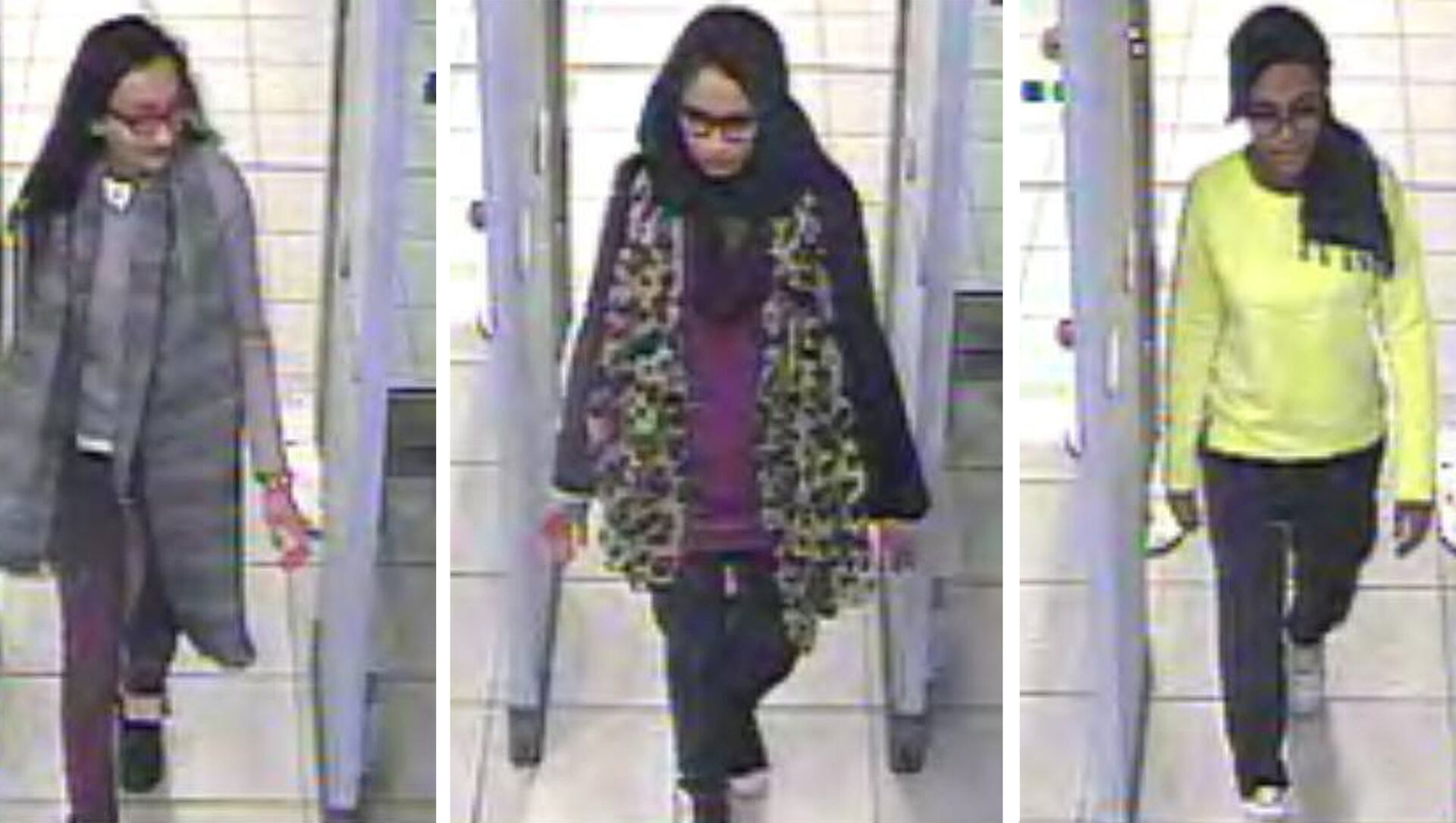 © AP Photo / Metropolitan Police
Subscribe
Mohamed Elmaazi
All materialsWrite to the author
In February 2021, the UK Supreme Court ruled that Shamima Begum, who travelled to Syria aged 15 and ended up marrying a member of Daesh*, cannot return to England to challenge her revocation of citizenship.

In an exclusive interview with Sputnik, Mohammed Tasnime Akunjee, a solicitor specialising in terrorism law and a lawyer for the family of Shamima Begum, discusses the legal significance of the recent UK Supreme Court (UKSC) decision saying that the former Daesh* bride may not return to Britain in order to challenge her deprivation of citizenship.

The Court of Appeal had found in favour of Begum, determining that her right to an effective appeal had been violated when the Home Office refused to allow her back into the country. But that ruling has since been reversed by the UKSC and so she remains in the al-Roj detainee camp in Syria, unable to coordinate with her lawyers, and rendered effectively stateless since the home secretary stripped her of her citizenship.

Sputnik: The Supreme Court found against Shamima Begum on a number of legal points. Can you briefly describe them?

Mohammed Akunjee: The issues were: whether the deprivation decision that rendered Ms Shamima Begum stateless was contrary to the Secretary of State's extraterritorial policy human rights policy, whether she can have a fair and effective appeal against the decision outside of the UK, in Syria, and if not, whether that appeal should be allowed on those grounds. Those were the sort of headline points.

The decision about statelessness was already settled, it wasn't challenged when coming to the Supreme Court at all, that was left alone even before the Court of Appeal. Now, in terms of the LTE decision, that was whether or not the decision to have her stripped [of her UK citizenship] was in breach of a policy that was outlined by [then-Home Secretary] Theresa May about decisions to strip somebody [of their citizenship] being in line with the Human Rights Act policy, whether that applies extraterritorially.

UK Supreme Court Rules Schoolgirl Who Joined Daesh Should Not Be Allowed to Return to Britain
Effectively what that means is, [since] the home secretary is [making the decision to strip] somebody [of their citizenship] in the UK, what will be the effect on the person abroad and should human rights principles apply there. Now, the Supreme Court has pretty much sidestepped this by saying that policy isn't law and so it doesn't have to apply. So, whatever the human rights impacts are, that would have applied to her had she been in the UK, that doesn't necessarily follow that [the policies] need consideration when somebody is outside the UK. What that effectively meant is that they don't have to turn their mind to what the proportionality of the effect of this [is].

Sputnik: They did seem to say that the decision could have been challenged on Article 6 [the right to a fair trial], but they chose not to, what were they talking about there?

Mohammed Akunjee: Yeah. So, this is partly that point. It's about what is the impact. And the reason it wasn't challenged is there's no evidence, because Shamima Begum could not engage in the appeal process, couldn't even speak to a lawyer. We can't get the evidence from her about impact. So, to challenge that point would have then been setting the chessboard against oneself. We have a more fundamental point, which is, if somebody simply isn't in a position, despite their efforts, to speak to their lawyers and to understand the allegations against them and then to provide their evidence to a tribunal, then that is fundamentally unfair in terms of the denial of a right to have a functioning appeal. 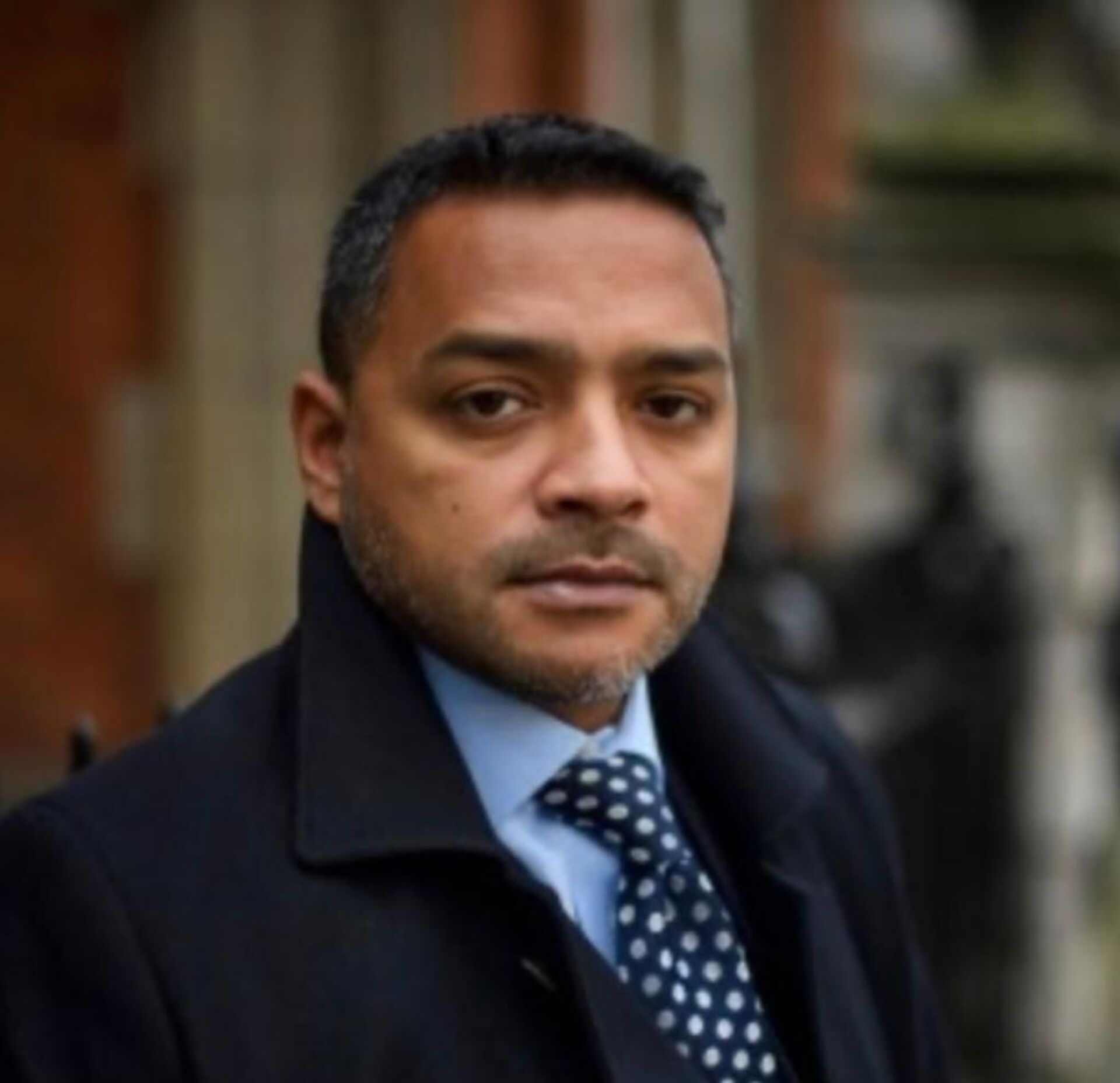 Mohammed Tasnime Akunjee is a solicitor specialising in terrorism law and is a lawyer for the family of Shamima Begum
© Photo : Mohammed Akunjee

Sputnik: And just to clarify, when you said the LTE decision...?

Mohammed Akunjee: That's the decision not to grant leave [permission] to enter into the UK, outside the rules. An application was made early on, before the appeal process, for the home secretary to provide her with travel documents, in order to enter the UK in order to engage with the appeal process. That was denied on the basis that she could not provide a photo ID and a signature.

Sputnik: That's it? That was the basis of the denial?

Mohammed Akunjee: Well, then a request was made to waive those provisions because of the circumstances and those provisions were not waived. There was then an appeal against that decision, not to grant her leave to enter the UK… that was dismissed by the Supreme court.

Sputnik: But originally the Court of Appeal did find in her favour?

Mohammed Akunjee: Yeah, they did find in her favour. Albeit, they said that did not have to be given effect to until the Supreme Court had considered the appeal against their decision [by the government].

Sputnik: The UKSC ruled that there was a balancing act between the right to an effective hearing and public safety. Did they come to their own conclusion that Shamima Begum would present an unacceptable security risk were she to come to the country, or did they merely accept the findings of the Home Office and the Special Immigration Appeals Commission (SIAC)?

Mohammed Akunjee: The Supreme Court did not come to their own findings substantively on this issue. They reverted to the notion that the law allows for the home secretary to make that decision based upon the information that happens to be in front of him. And that decision, at this stage of the proceedings, is a matter for him and is not a matter that the court can go behind. The mere fact that he has formed the opinion on the evidence he's seen, or the information he's seen rather, closed and open, that decision cannot be supplanted by a court.

Mohammed Akunjee: Yes. So, that's actually the position in any SIAC hearing, regardless of Shamima's situation. To be clear in SIAC proceedings there are open and closed lawyers. The defence team would appoint closed barristers who they could communicate with only one way. [The defence lawyers] can only give information up to the [closed lawyers]. The minute where those lawyers have exposure to the closed evidence, they cannot communicate back. Effectively, what then happens is, you will have to garner all the evidence you can, somebody's entire autobiography in excruciating detail with as much supporting evidence as you can put together, throw that up to the closed lawyers, and then they will do something mysterious in a closed session, where they will pick out the relevant bits of the totality of the evidence we've given in order to meet the challenge and accusations that are made by the Home Office. But we would never know what they are.

Shamima Begum Loses Appeal Against Stripping of Her Citizenship
Effectively the defendant and the open lawyers are blindfolded, and they know that there is an attack coming, and we have to use a scatter gun approach to shoot in every direction simultaneously and hope that something sticks. But those sort of randomly thrown bullets are then picked out by closed lawyers, without our knowledge, and then you meet the challenge of whatever the attack is. And the only way we'd find out if that worked or not is, as the proceedings go on, the closed lawyers will try and argue that elements forming the accusations don't necessarily need to be securitised, or can be converted into a form that doesn't present a security risk. And then that may filter some information down to us, to give us a bit more of an argument of where to steer. So that's the strange, but normal process of SIAC proceedings. The difficulty here is we have not been able to garner even the basics from Shamima Begum. So, we've got no bullets to fire, in the dark, [legally speaking]. And so given the inherent asymmetry of the situation generally in SIAC proceedings, and given the fact that we couldn't even garner basic information from Shamima Begum, well then this process becomes so unfair as to undermine the very notion that an appeal is possible.

Sputnik: Hence your appeal that made it all the way to the Supreme Court, challenging Shamima Begum's right to an effective appeal.

Sputnik: What are the implications of this decision for other people who've been stripped of their citizenship and remain abroad or stuck abroad? Is the court's decision specific to the facts of this case, or do they have wider applicability?

Mohammed Akunjee: Not necessarily. What this decision says is that where somebody is not in a position to engage with the court effectively, that does not give them a right, when their citizenship is stripped, to come to the UK in order to engage with our appeal process. So [for] an entire class of people, people who have been stripped [of their citizenship] - despite their difficulties - if national security has been raised as an issue, they simply cannot set foot in the UK however impactful in the negative that will be on their ability to engage with the right to appeal.

Sputnik: So, the Supreme Court has effectively said that it's down to the home secretary, whether they'll allow people to re-enter the country to challenge the decision. And if the home secretary says, "no", then that's the answer?

Sputnik: And do we know how many people will be impacted currently by this decision?

Mohammed Akunjee: We think that maybe around 30, 35 people in Syria will be impacted directly by this decision, but in terms of others, we don't know.

Sputnik: Aren't there cases of people who are stuck in Pakistan or Turkey or elsewhere where people who went on holiday and then found their citizenship stripped whilst they were abroad?

Mohammed Akunjee: Yes. There will be those. They are impacted by this decision, but in those type of countries, we don't anticipate that they would have a problem giving evidence to lawyers who can then transmit that on to the SIAC tribunal. So those countries lawyers can travel to. They can get evidence and they can come back. It's not as problematic in terms of [being] fatal to someone's appealing process. It's not helpful, but in a situation where somebody cannot engage with their lawyers, then our thinking was, that that is so fundamentally flawed to the notion of even having an appeal, that must be something that demands that the person is brought to the UK. That was the thinking of the Court of Appeal, but clearly is not the thinking of the Supreme court.

** This interview has been edited for concision and clarity.