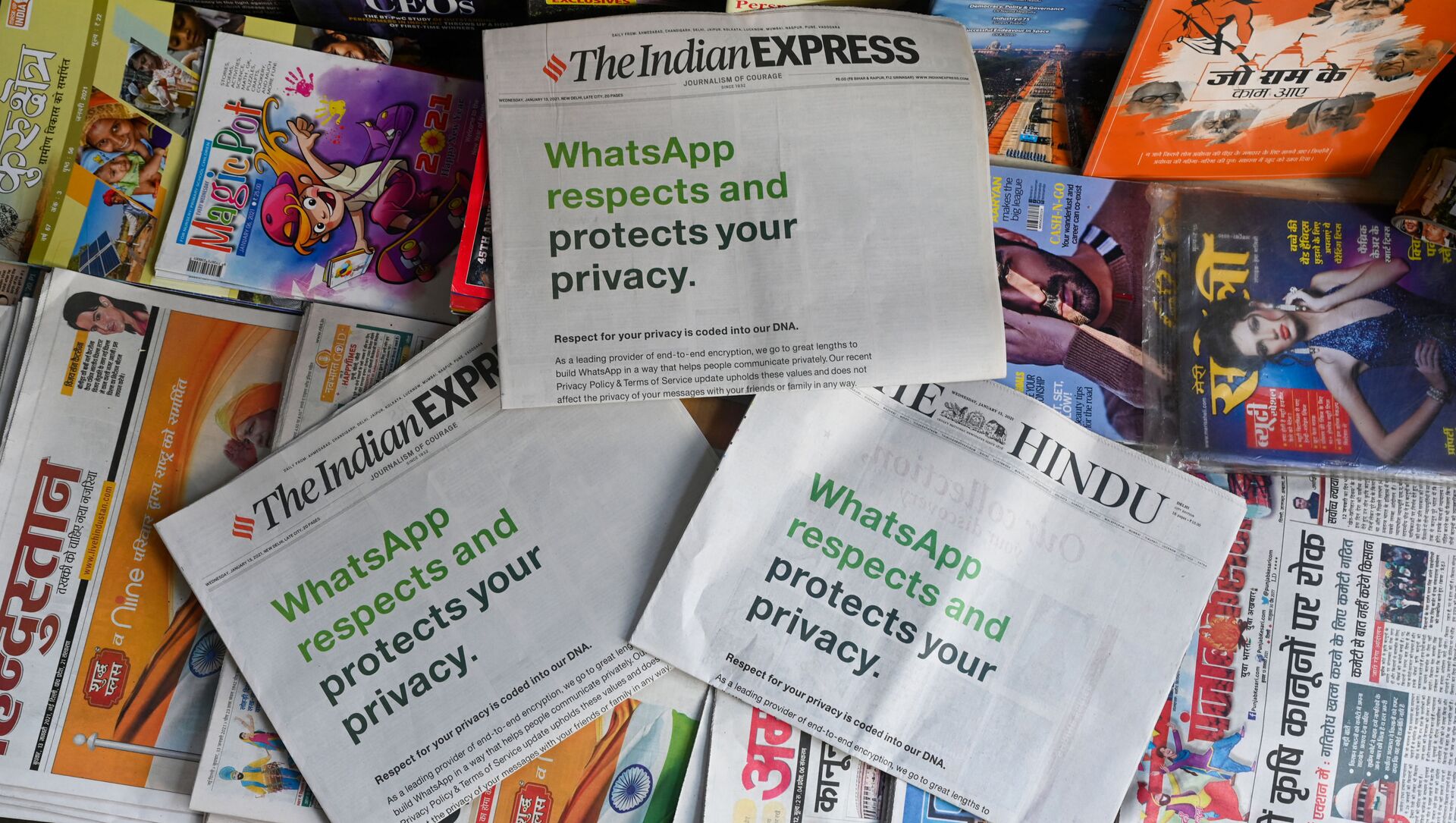 Radhika Parashar
All materialsWrite to the author
At the beginning of January, WhatsApp rolled out a privacy policy notification to let users know how and when their data is being used by the app. The update stirred a major controversy among over two billion global users who were concerned about their privacy being breached.

WhatsApp has begun reminding users in India that they need to press "ok" to the notification in the next seven days. Users who fail to accept WhatsApp's new privacy policy will have to delete their accounts – as per the app's present rule.

This reminder comes after WhatsApp was forced to push the acceptance date for the mandatory policy update to 15 March following a severe backlash.

'Not Mandatory to Download WhatsApp': Delhi High Court on App's Privacy Policy Controversy
The in-app reminders have seemingly begun to irritate India's over 400 million WhatsApp users, many of whom have shared screenshots of the notifications on social media.

I certainly won’t be arm twisted by @WhatsApp to give up my privacy.

@WhatsApp again started this 🤦‍♂️...#WhatsApp #WhatsappPrivacy #WhatsAppPrivacyPolicy I'll not accept....i wish all of my friends shift to @signalapp ....instead of using Facebook owned WhatsApp pic.twitter.com/GxTYkg11Az

There should be an option to not to accept the new policy. If Facebook going ahead with unilateral decision to enforce the privacy policy, users have to opt out of WhatsApp from May 15. #WhatsApp #WhatsappPrivacy https://t.co/ETLYRxM84C

​Explaining its privacy policy, WhatsApp published a blog post in January noting that personal chats between users on the app remain end-to-end encrypted and secure. The app, however, revealed to its users that its 2018-launched app "WhatsApp Business" shares some user data with Facebook to personalise the online shopping experience between merchants and buyers.

The Indian government wrote a strongly worded letter to Will Cathcart, the global CEO of WhatsApp in January, in which it noted that WhatsApp must give users an option to not accept the policy update.

At present, WhatsApp's stance on the mandatory nature of its policy update remains unchanged.

In a bid to assure users that their personal chats remain protected without any data being collected, WhatsApp has resorted to various measures in recent months, including posting full page newspaper ads, adding "review policy" banners on the app, and publishing blog posts as well as rolling out official status updates on its app around the world.