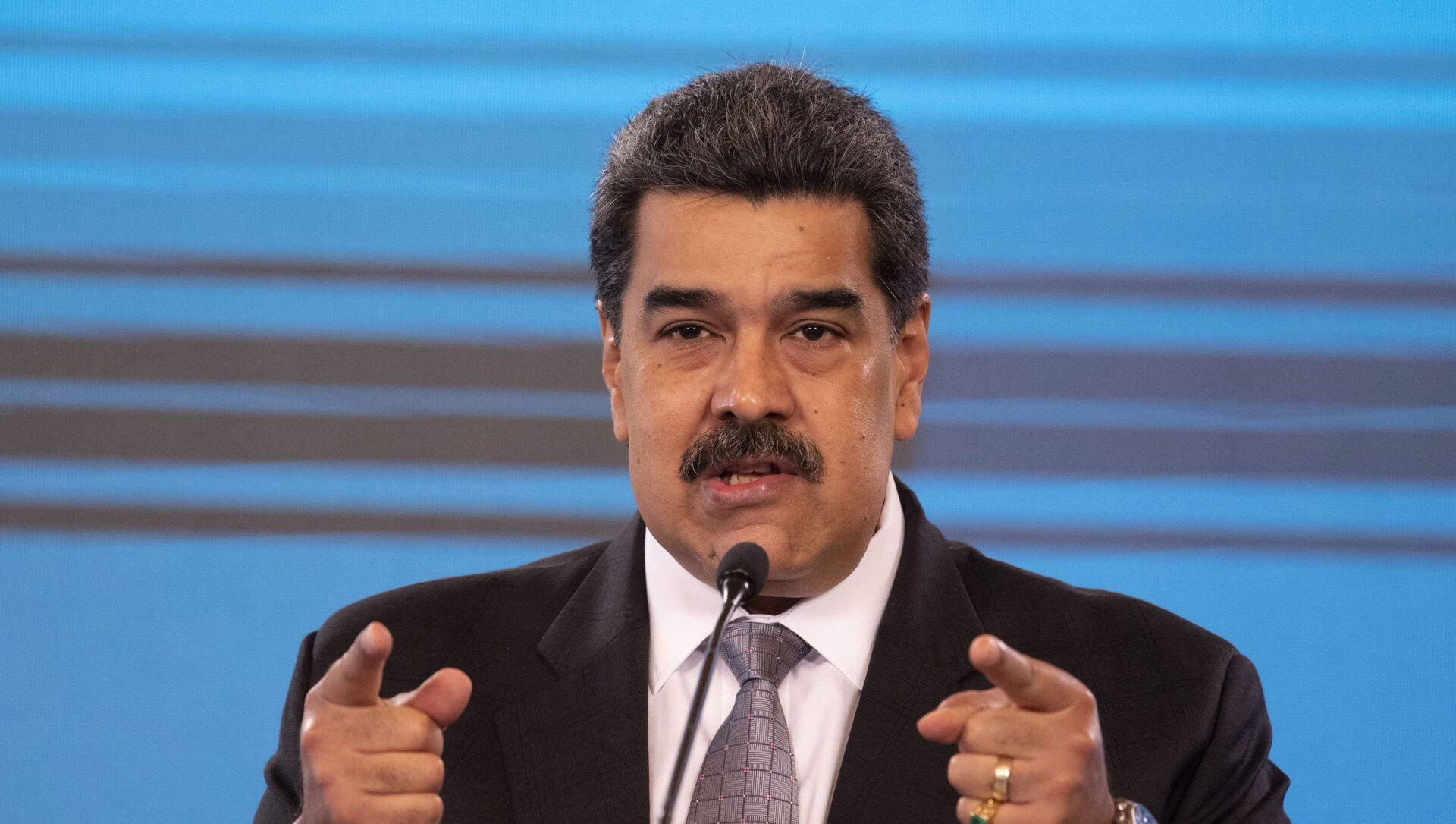 © AFP 2022 / YURI CORTEZ
Subscribe
WASHINGTON (Sputnik) - The United States plans to multilaterally increase pressure on Venezuela’s president, Nicolas Maduro, by working with global partners to bring about an electoral solution to the ongoing political crisis in the country, a senior US administration official told reporters.

"The United States is going to continue to increase the pressure. It’s going to expand that pressure multilaterally to ensure that those that are guilty of human rights abuses, that are robbing the Venezuelan people, that are engaged in rampant criminal activity really find no quarter nowhere until they sit down to the table in earnest and make decisions that lead toward free and fair elections in the country," the official reportedly said during a phone briefing Monday.

The official also stated that the new US administration would review unilateral sanctions imposed on Venezuela.

"We are going to review the sanctions to make sure that they are effective because the focus of sanctions should be to increase pressure on the regime, eliminate any sort of access to corrupt capital to sustain themselves but also not [a regime] that penalizes and punishes unnecessarily the Venezuelan people and the country," the official said during a briefing on Monday. "But again... there is no rush to lift sanctions."

The official admitted that unilateral sanctions imposed under the Trump administration were ineffective, and have not succeeded in achieving the desired electoral outcome in the country. Nowhere in the world, the official added, have unilateral sanctions actually led to democratic transition in the absence of a multilateral approach among the international community.

US Not in Bilateral Negotiations With Maduro

During the conference call, the US administration official said that the US was not engaged in bilateral negotiations with Venezuelan President Nicolas Maduro's government.

"The negotiation is one that is not between the United States and the [Maduro] regime, it is between the illegitimate regime and the interim government of Venezuela," the US official said on Monday.

The US official said negotiations with Maduro have failed in the past and accused Caracas of using them as a delay tactic.

The Biden administration will work with global partners, including the European Union and Latin American ally countries, to multilaterally increase pressure on the Maduro government, the US official said, adding that Venezuela has adapted to Trump-era sanctions.

In 2018, Venezuela held a presidential election in which the incumbent president, Maduro, won. The United States did not recognize the results of the election or recognize Maduro as a legitimate president and introduced a series of sanctions against Caracas, in large part affecting the nation's oil industry and business infrastructure.

Maduro accused Washington of working with opposition figure Juan Guaido to overthrow the former's government as a means of seizing its vast petrochemical resources. According to a 2019 study co-authored by renowned economist Jeffrey Sachs, US sanctions have resulted in the deaths of tens of thousands of Venezuelans.