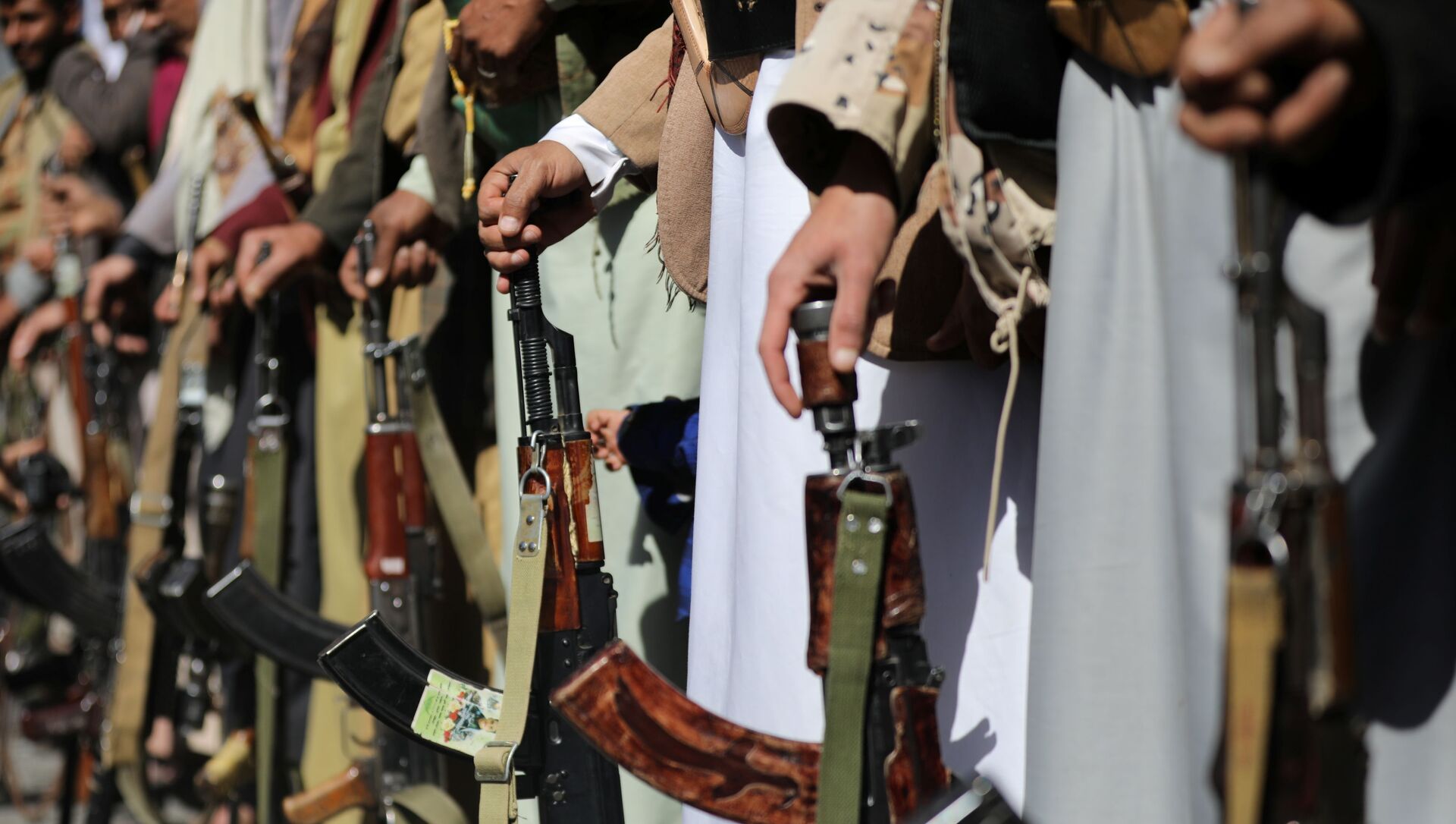 © REUTERS / KHALED ABDULLAH
Subscribe
International
India
Africa
Mary F.
All materialsWrite to the author
Saudi Arabia's oil facilities were targeted by eight ballistic missiles and 14 drones on Sunday. The Houthi political movement, which first emerged in northern Yemen, has claimed responsibility for the attacks, which did not cause any injury or loss of life.

US State Department spokesperson Ned Price revealed during a Monday press briefing that the department believes the latest attacks on Saudi Arabia's oil facilities were from Houthis in Yemen. Price also called the attacks "dangerous," "unacceptable" and said that they "put civilians at risk."

On Monday, the US Embassy in Riyadh confirmed that the US was committed to defending Saudi from such attacks, with White House press secretary Jen Psaki expressing alarm at the "frequency of Houthi attacks on Saudi Arabia." The Houthi movement has intensified its offensive against Saudi Arabia this month, targeting Riyadh, Jizan, and Khamis Mushait.

“We continue to be alarmed by the frequency of Houthi attacks on Saudi Arabia. Escalating attacks like these are not the actions of a group that is serious about peace,” Psaki said during a Washington news briefing, Reuters reported.

“We understand that they face genuine security threats from Yemen and others in the region ... We will look for ways to improve support for Saudi Arabia’s ability to defend its territory against threats,” she added.

"These attacks are unacceptable and dangerous, they put the lives of civilians at risk including U.S. citizens," Kirby said, The Hill reported.

"We remain deeply concerned by the frequency of Houthi attacks on Saudi Arabia. Attacks like these are not the actions of a group that is serious about peace. We continue to maintain there’s no military solution to end the conflict in Yemen. We want the Houthis to demonstrate their willingness to engage in the political process, stop attacking, start negotiating," Kirby added.

Yemen, one of the Arab world’s poorest countries, has been engulfed in a violent conflict between a government-in-exile headed by President Abdrabuh Mansour Hadi and the armed Houthi movement, backed by army units loyal to former President Ali Abdullah Saleh, since 2014. The conflict intensified when a Saudi-led, US-backed coalition began launching massive airstrikes against the Houthi faction in 2015.

Last month, US President Joe Biden revised the previous administration’s designation of Houthis as a terrorist group. Biden also announced in February that the US would halt some arms sales to the Saudi-led coalition in Yemen.

“This war has to end,” Biden said at the time, calling it a “humanitarian and strategic catastrophe.”