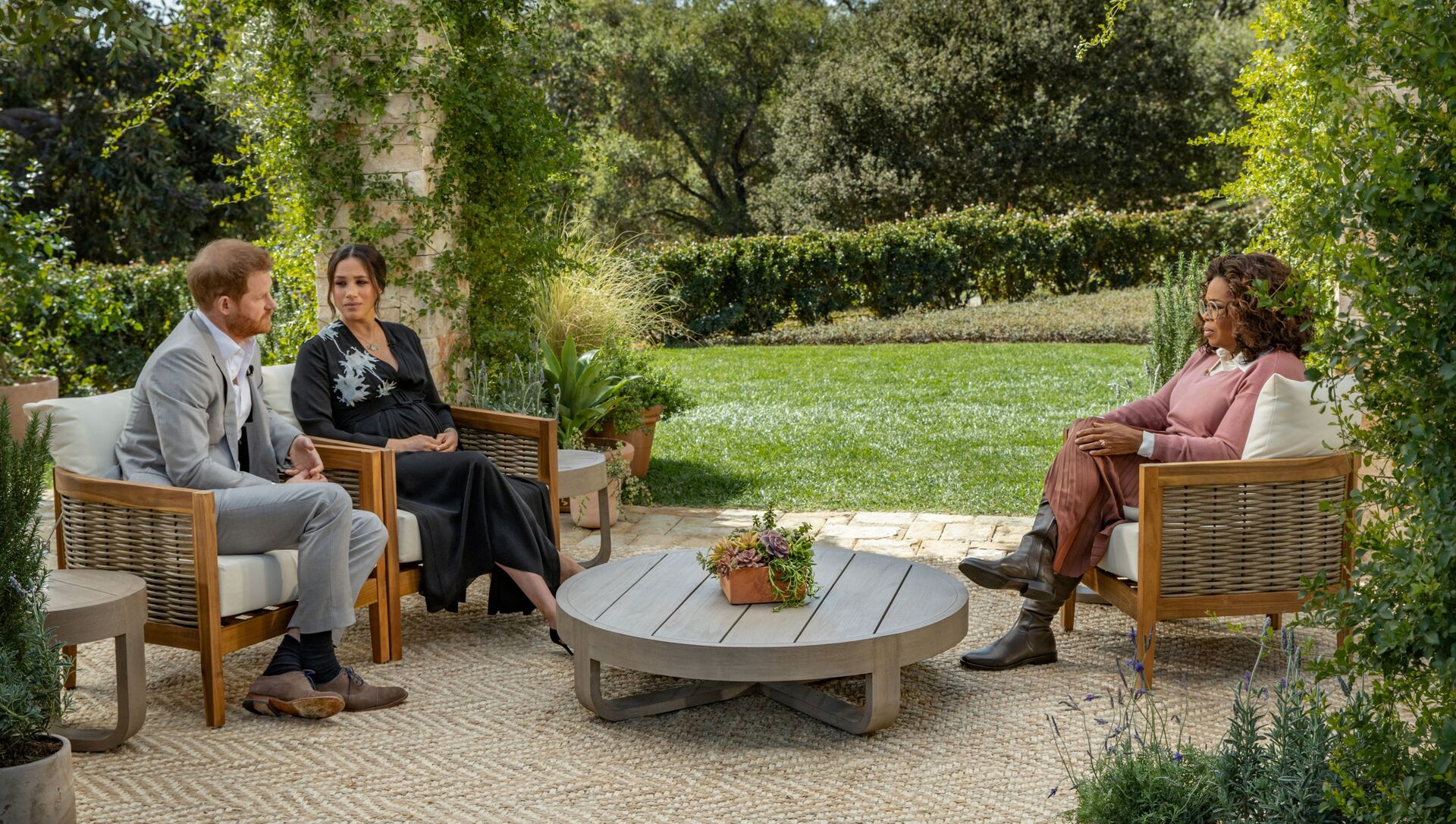 Max Gorbachev
All materialsWrite to the author
The tell-all interview, the first since the couple quit royal life in 2020, has drawn numerous reactions, with many celebrities throwing their weight behind Harry and Meghan. However, there were those who criticised the Sussexes. TV host Piers Morgan described it as a "disgraceful betrayal" of the Queen and the Royal Family.

The names of Prince Harry and Meghan Markle have not left headlines since the couple made their bombshell announcement about stepping down from senior roles in the Royal Family last year. Did Meghan orchestrate the exit, did they really not inform the Queen about their decision, was Meghan mistreated – these are the issues the media has been chewing over day after day. 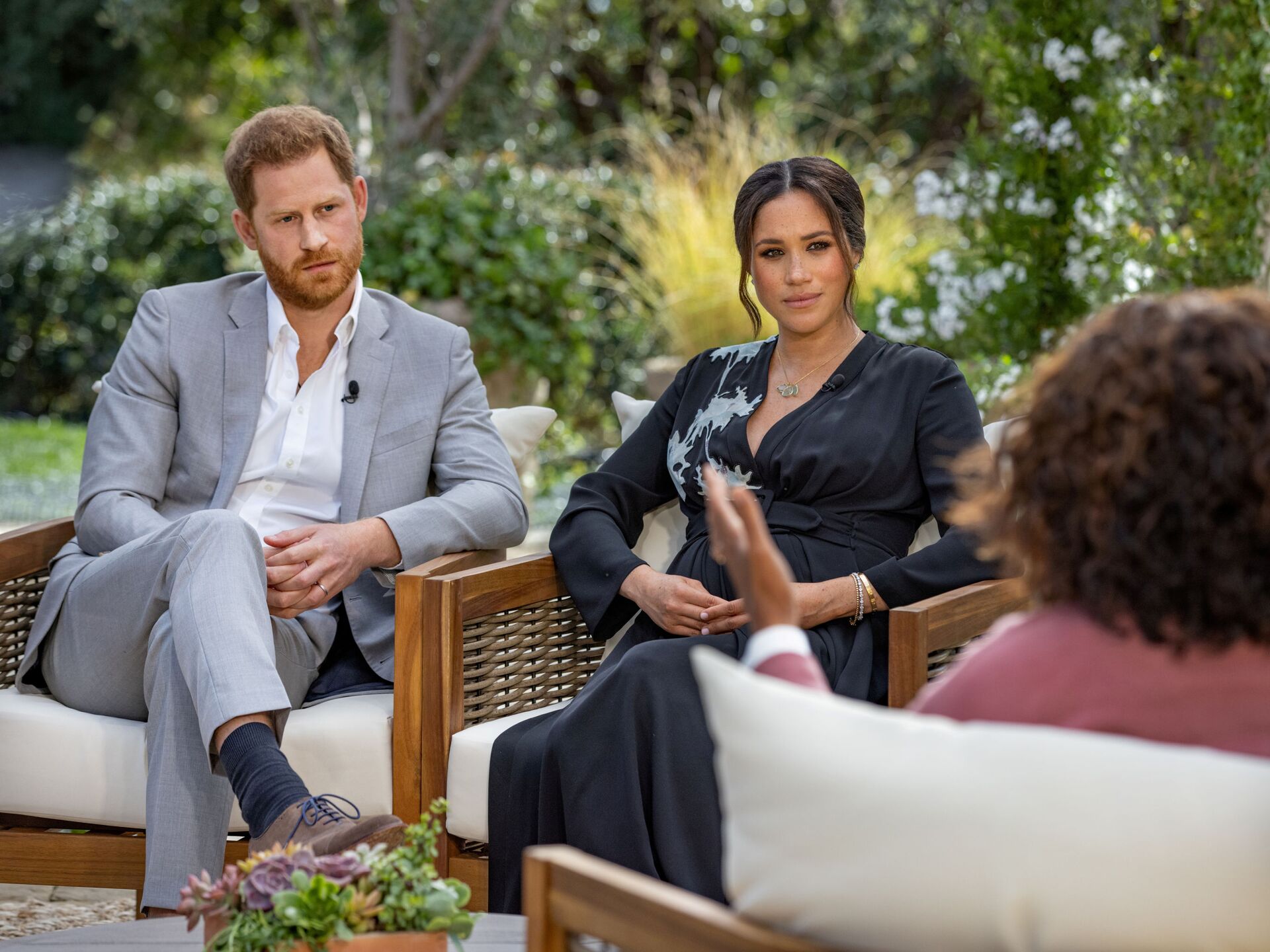 Although the "no topic off limits" interview with Oprah did not provide answers to all the questions, it did address one of the most controversial issues. Here are the most interesting details of the tell-all sit-down:

'I Didn't Want to be Alive Anymore'

Meghan revealed that she had suicidal thoughts when she was part of the Royal Family. The Duchess told Oprah she "couldn't be left alone" and that Harry "cradled" her as she told him about her issues when she was five months pregnant. Meghan said she thought ending her life "was better for everyone".

"I knew that if I didn't say it, that I would do it. I just didn't want to be alive anymore. And that was a very clear and real and frightening constant thought", she told Oprah.

The 39-year-old claims the palace's HR department refused to provide help as she wasn’t a "paid" employee of the family.

One Royal Was Concerned About Their Son's Dark Skin

Meghan Markle claimed the Royal Family changed the rules so that their firstborn, Archie, wouldn't be given a title. Moreover, the Duchess claimed one royal was concerned about how dark his skin would be and spoke about the issue with Harry.

"In those months when I was pregnant, all around this same time so we have in tandem the conversation of he won't be given security, he's not going to be given a title, and also concerns and conversations about how dark his skin might be when he was born", she told Oprah.

“You’re not going to tell me who had that conversation?" Oprah asks after Meghan says there were concerns about her child's skin color

“I think that would be very damaging to them.” #OprahMeghanHarry pic.twitter.com/TGulbooO8P

Markle refused to reveal the identity of the royal, saying: "it would be very damaging to them".

Harry said he was "shocked" by the question and claims the conversation occurred "right at the beginning" of their relationship with Meghan.

Being a Royal is Like Living Under Lockdown, Meghan Alleges

Meghan compared her life in Kensington Palace to coronavirus-induced lockdowns, claiming she was "banned" from going to lunch with friends. The Duchess said she became very lonely after she was reportedly told what things she was no longer allowed to do. As a result, she didn't go out for months, Meghan claims, while Harry "went to a very dark place as well".

Meghan said she thought she was being protected but then realised that it wasn't the case.

"I came to understand that not only was I not being protected but that they were willing to lie to protect other members of the family. But they weren't willing to tell the truth to protect me and my husband", Meghan said.

Harry Was Upset That Family Didn't Show Support Against Racism

The Duke of Sussex said one of the "saddest parts" of their life as royals was when more than 70 MPs condemned the media coverage of Meghan Markle, which the couple deemed was racist, but none of the family spoke out against the issue. Prince Harry says this was an opportunity to "show some public support".

"For the family, they very much have this mentality of: this is just how it is. This is how it's meant to be, you can't change it, we've all been through it. But what was different for me, was the race element. Because it wasn't just about her, it was about what she represents", the royal told Oprah. 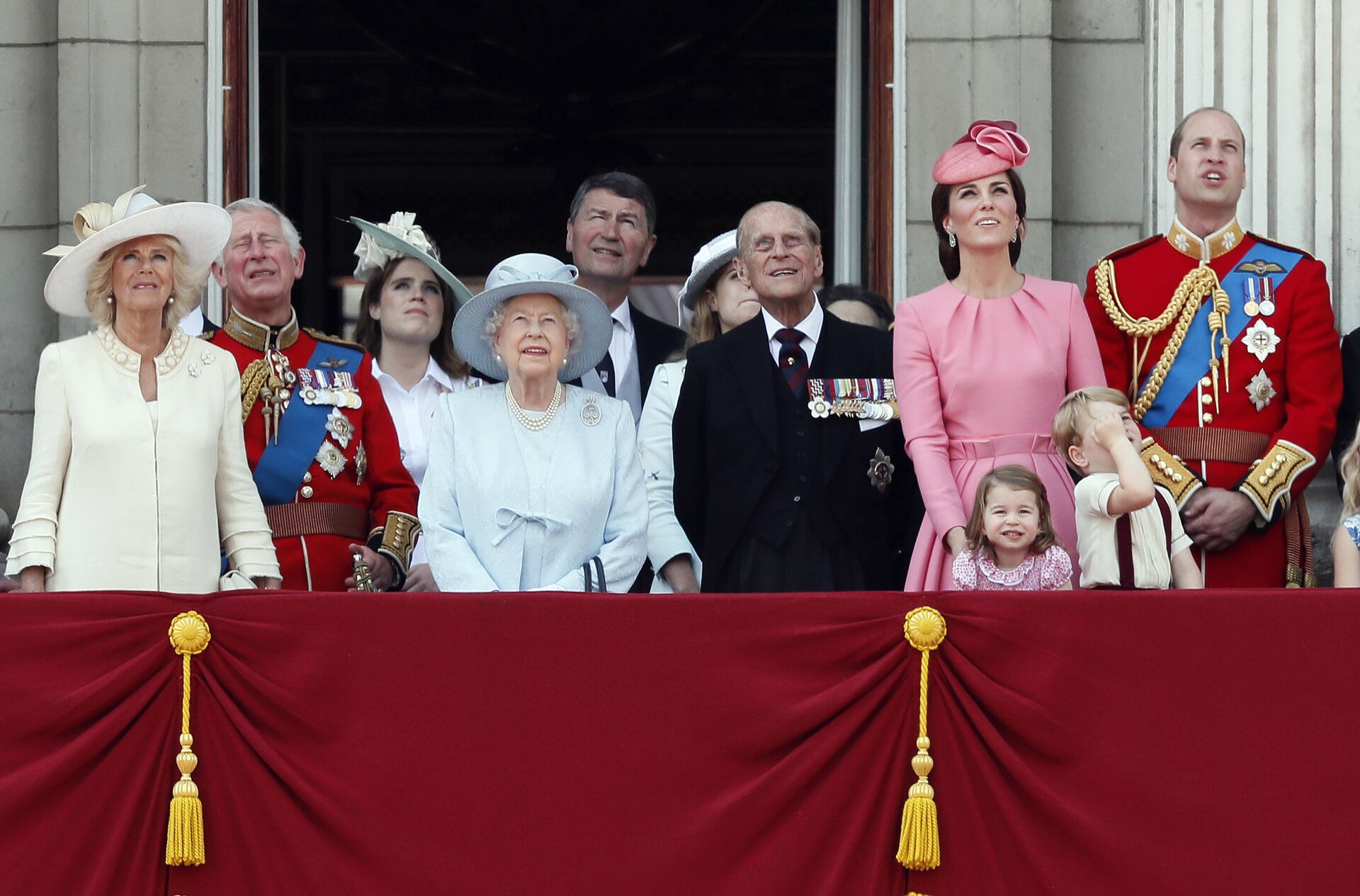 They Were 'Cut Off' Financially

During the interview Oprah spoke about the criticism the couple's faced in recent months. One such issue alleges the two are "money grabbing royals", a reference to their multimillion dollar deals with Netflix and Spotify.

Harry and Meghan insist they never thought about the contracts. Harry said after they quit royal life the family "literally" cut him off financially, but he had money that his late mother, Princess Diana, left him. The Duke of Sussex said the lucrative deals came as he was looking for "enough money to pay for security".

The Queen 'Has Always Been Wonderful'

Although during the interview Prince Harry portrayed his family as cold and unsympathetic, Meghan Markle said Her Majesty Queen Elizabeth II "has always been wonderful" to her. "I loved being in her company", she told Oprah.

The Duchess recounted how the Queen presented her with pearl earrings and a necklace in 2018 during their first public appearance.

On 8 January 2020, the couple shocked Britain by announcing their decision to step down from senior roles in the Royal Family in order to work to become financially independent. The move was dubbed Megxit because a media report said that Meghan was behind the decision. The Sussexes, however, revealed it was Harry who called the shots and "saved" them.

"Can you imagine how little sense that makes? I left everything for him. Our plan was to do this forever", Meghan told Oprah.

In the wake of their exit, media reports claimed some family members, including Her Majesty, were not informed about the decision and learned about it from the news. Prince Harry brushed off these allegations.

"I've never blindsided my grandmother, I have too much respect for her. She's my colonel-in-chief, right? She always will be", Harry tells Oprah. 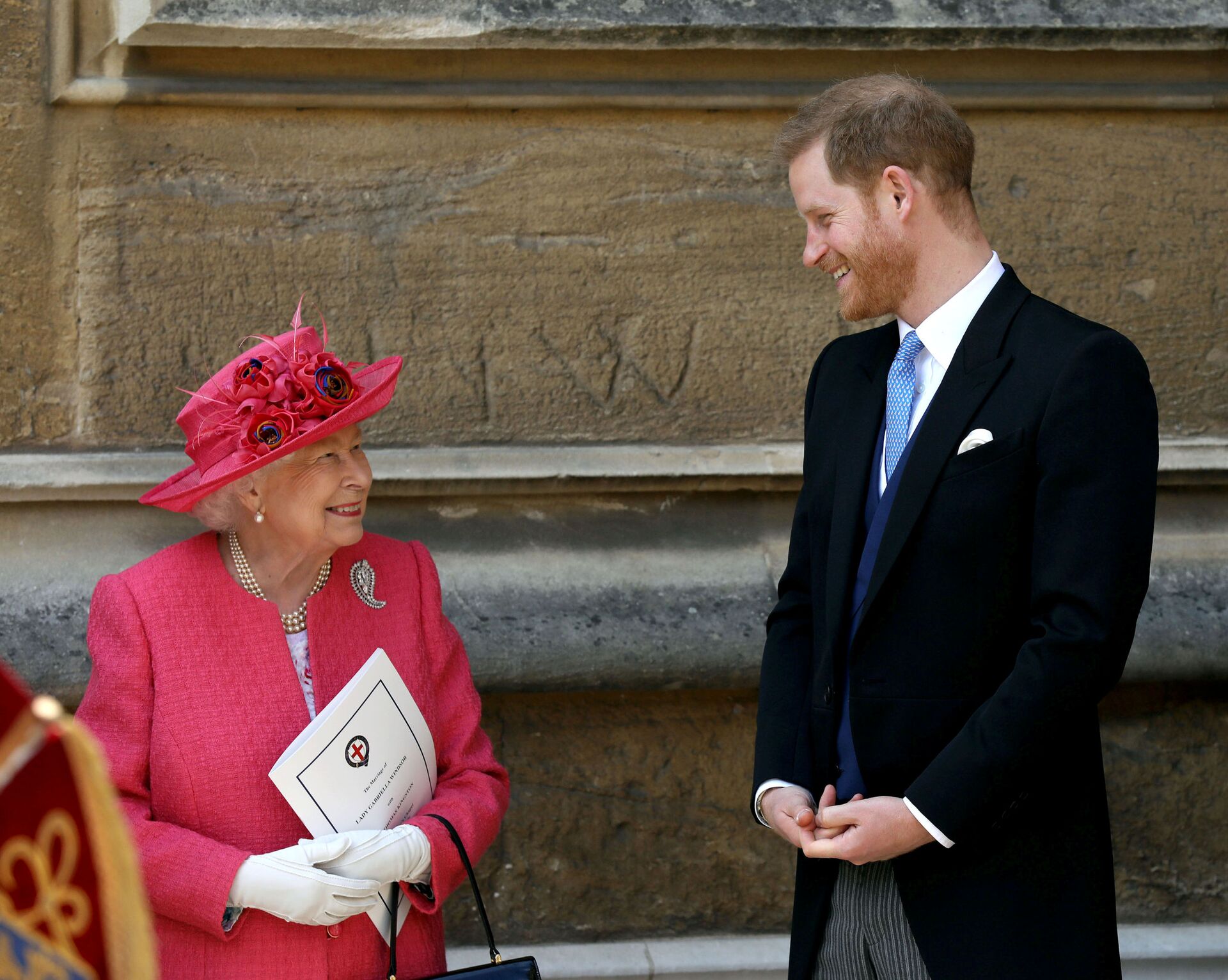 Queen Elizabeth II talks to Prince Harry as they leave after the wedding of Lady Gabriella Windsor and Thomas Kingston at St George's Chapel in Windsor Castle, near London, Britain May 18, 2019
© REUTERS / POOL

The Duke of Sussex claims he had three phone calls with his grandmother before the couple announced their decision to quit royal life.

He spoke with his father about the issue twice "before he stopped taking" his calls.

Why did Charles stop talking to Harry, Oprah asked. "Because I took matters into my own hands", Harry replied.

There has been a lot of speculation about the relationship between the Sussexes and the rest of the Royal Family. Reports said Harry has not spoken with his brother Prince William yet.

The Duke of Sussex reiterated the statement he made in 2019. He said the two brothers are now "on different paths", but said he loves him to bits. His relationship with prince Charles, however, seems to have deteriorated significantly.

Harry said he has spoken to the Queen more in the last year than with his father Prince Charles. Harry said he feels really let down by Charles, because "he's been through something similar, he knows what pain feels like... and Archie's his grandson".

"But at the same time, of course I will always love him but there's a lot of hurt that's happened and I will continue to make it one of my priorities to try and heal that relationship".

The British media has long claimed that Meghan was involved in several feuds with her sister-in-law Kate Middleton. Reports said that Meghan made Kate cry when the two had a fight over flower girl dresses for Harry and Meghan's wedding. The Duchess dismissed the allegations and claimed it was Kate who made her cry. The 39-year-old said that her sister-in-law apologised to her and sent her flowers with a note.

"She did what I would do if I knew that I hurt someone, right, to just take accountability for it", Meghan said.

The Duchess then told Oprah that it was unfair to dive into the details of the affair because Kate apologised. She described the Duchess of Cambridge as a "good person" and said she didn't share the story to be "disparaging" to her sister-in-law, but rather because she would hope Kate "would have wanted" that corrected. 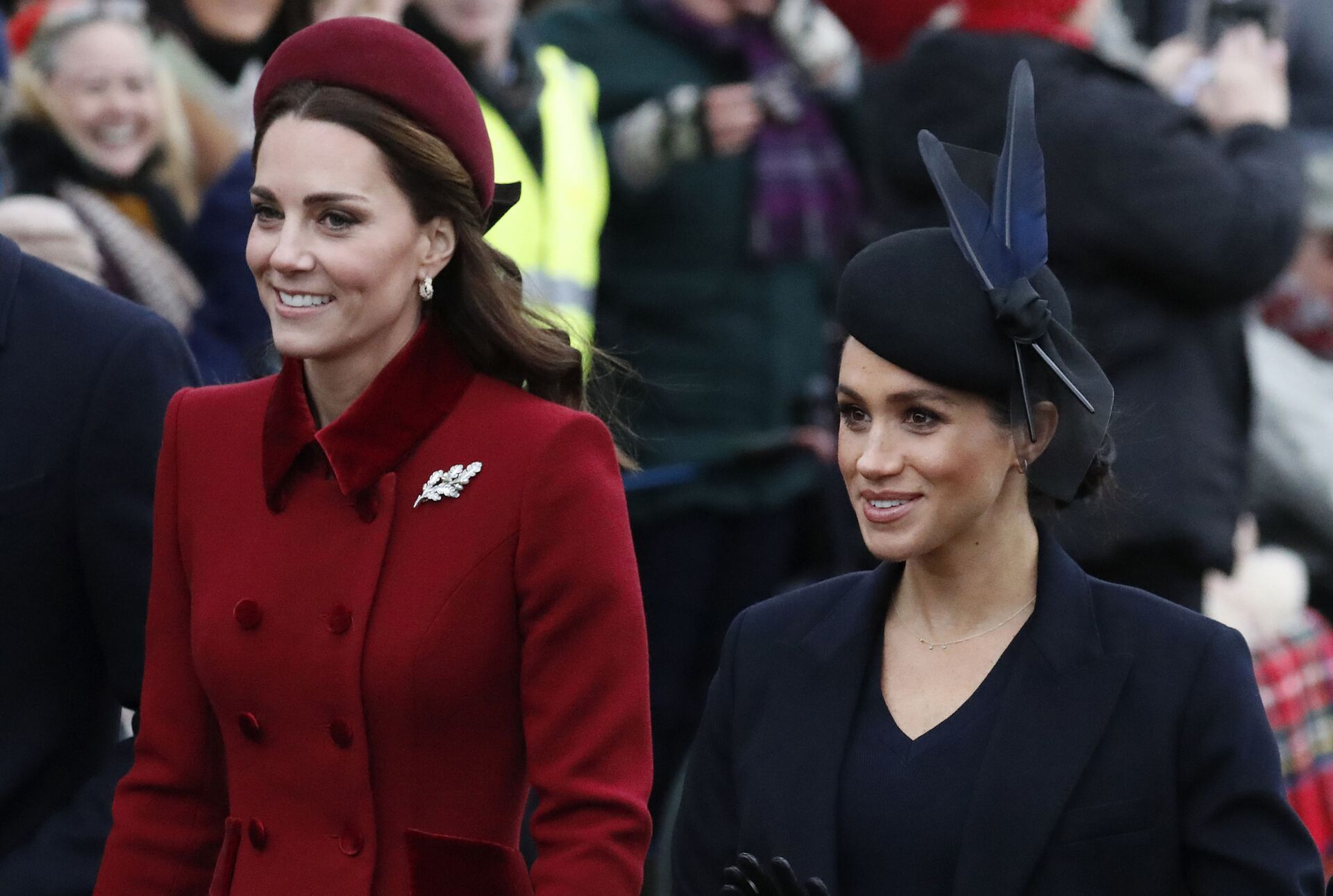 The Couple Revealed the Sex of Their Second Child

Not everything was dramatic during the two-hour interview with Oprah. The couple revealed that their second baby is a girl and is due in the summer. 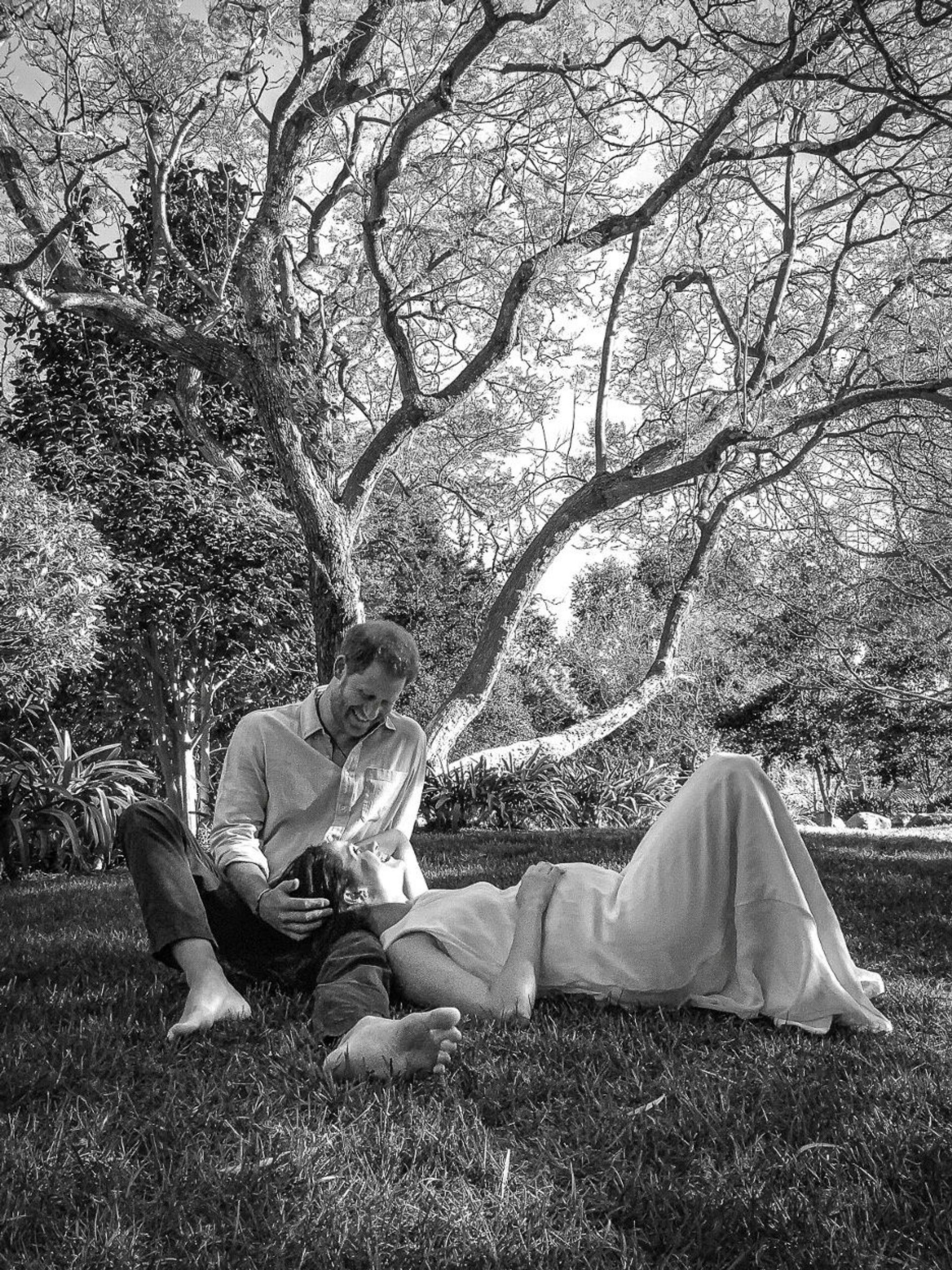 Britain's Prince Harry and his wife Meghan, the Duke and Duchess of Sussex, are pictured in this undated handout photo supplied to Reuters, following an announcement that they are expecting their second child. Photo by Misan Harriman
© REUTERS / Duke and Duchess of Sussex
Newsfeed
0
Access to the chat has been blocked for violating the rules . You will be able to participate again through:∞. If you do not agree with the blocking, please use the feedback form
The discussion is closed. You can participate in the discussion within 24 hours after the publication of the article.
To participate in the discussion
log in or register
loader
Chats
Заголовок открываемого материала