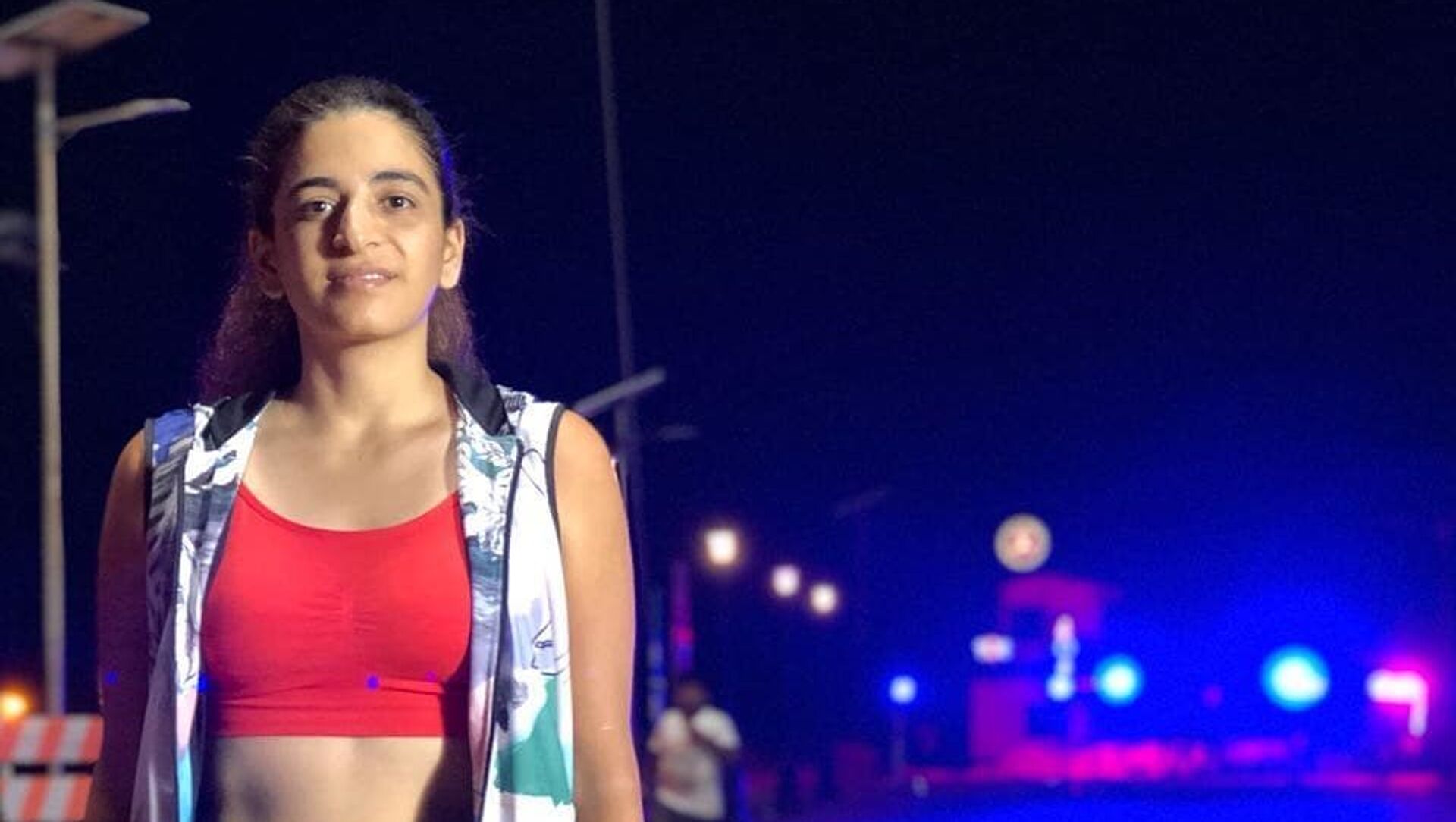 Sangeeta Yadav
All materialsWrite to the author
Bollywood's first stuntwoman Sanober Pardiwalla, 34, has worked as a body double for many superstars, including Priyanka Chopra Jonas, Tapsee Pannu, Anushka Sharma, Kareena Kapoor Khan, Vidya Balan, and Sonakshi Sinha. She has worked in over 145 movies, including Hollywood films "Slumdog Millionaire" and "A Hundred Foot Journey".

From setting herself on fire and doing glass-breaking stunts to falling from a height of 30 feet and performing action-packed scenes on speeding cars or bikes, Bollywood stuntwoman Sanober Pardiwalla is today known for death-defying stunts for actresses.

Since the age of 12, Sanober's passion for learning new art forms has made her a gymnast, a swimmer, a black-belt in karate, along with other sports and martial arts, including Muay Thai, kickboxing, Krav Maga, Jiu Jitsu, and others.

With a doctorate in clinical hypnotherapy, Sanober overcame the word "fear" and became a pro in skydiving, paragliding, and deep-sea diving. She also learned how to use weapons such as rifles and pistols.

On International Women’s Day, Sanober Pardiwalla gets candid with Sputnik and shares how she "smashed" the patriarchy and blazed a trail for herself and others.

Sputnik: When did the "stunt bug" bite you and make you realise that you wanted a career as a stuntwoman?

Sanober Pardiwalla: I did my first Bollywood project which was a commercial for a jewellery brand starring superstar Aishwarya Rai Bachchan. I had to jump from 30 feet, somersault, land on the crash mat. I was obviously hung with cables and suspended harnesses. It was one of the first times that I did that, but those few seconds of the stunt made me feel so happy and realise that this is something that I am good at. I could understand the camera angle, lighting, and stunt timing and performing it on screen. Since then, there has been no looking back for me.

Sputnik: Being a woman, was it easy to carve a niche for yourself in the stunt industry, which is considered to be male-dominated?

Sanober Pardiwalla: It wasn't easy and I had many ups and downs. It is difficult for women to create their own space, as men would prefer to hire their fellow male companions to be a body double for an actress. To prove your mettle as a stuntwoman, being comfortable in that space and standing, and owning it is very challenging.

The rise in women-oriented action films in Bollywood has created an opportunity for women, which wasn't the case earlier. This is leading to a change in the mindset of people that women too can perform deadly stunts.

There should be more acceptance towards stuntwomen and when you hire them, have faith in them and let them do their job.

Sputnik: What has been the biggest challenge for you throughout your journey of making it big as a stuntwoman?

Sanober Pardiwalla: When it comes to performing stunts, people doubt women's capabilities all the time. However, we prove them wrong. There was a scene where I had to perform a high-speed stunt on a 600 CC (Cylinder Capacity) bike. I came on the set riding my own bike, which was 1,000 CC, and it was pretty much assumed that I could also ride a smaller variant of it. That's why you hired me.

However, just before my shot, the director said on the mic, "Do you know how to ride a bike?" I was like didn't you hire me to ride a bike and didn't you see me ride my own 1,000 CC bike? Are you seriously asking me the question in front of 50 people holding the mic in your hand just before the shot?

Sometimes people can be this stupid and they may not just take you seriously or probably they might be reminded of their insecurities. But we have to take the sarcasm and move on.

Sputnik: Was it difficult to make people believe that you can do heavy and risky stunts?

Sanober Pardiwalla: Yes, it was. I was the body double for an actress who was cast in a big blockbuster film and they wanted someone who would match the actress' body type.

They called me and my body did match with the actress. Both of us were pretty lean and it all worked out well. But the funniest question that a person asked me was: "You look very lean and skinny, will you be able to do the stunt?"

If stuntwomen are skinny, people doubt whether we can perform the stunt or not. If we are heavy, they would say we don't match the actress' body type. Hypocrisy is always going to be there, but you have to kind of take it with a pinch of salt and a pound of positivity and let your work speak for itself.

Sputnik: With so many years in this daring profession, have you ever had injuries?

Sanober Pardiwalla: Not even once. I've worked very hard to make sure it doesn't happen. There is a good amount of planning, execution, and risk calculations that goes behind all this, especially while performing underwater stunts there is no margin for error or finding balance in a fraction of a second when you realise that the rope is about to break or you can't breathe under the deep sea. People panic in such circumstances.

Sputnik: How do you mentally prepare yourself for such dangerous stunts?

Sanober Pardiwalla: Your mental state is very crucial and you need to have a "switch on, switch off" mode and this helped me to disassociate myself from the rest of the world and focus on the stunts. You should not let emotions overpower that moment. You have to be calm to pick one possibility to save your life in that fraction of a second.