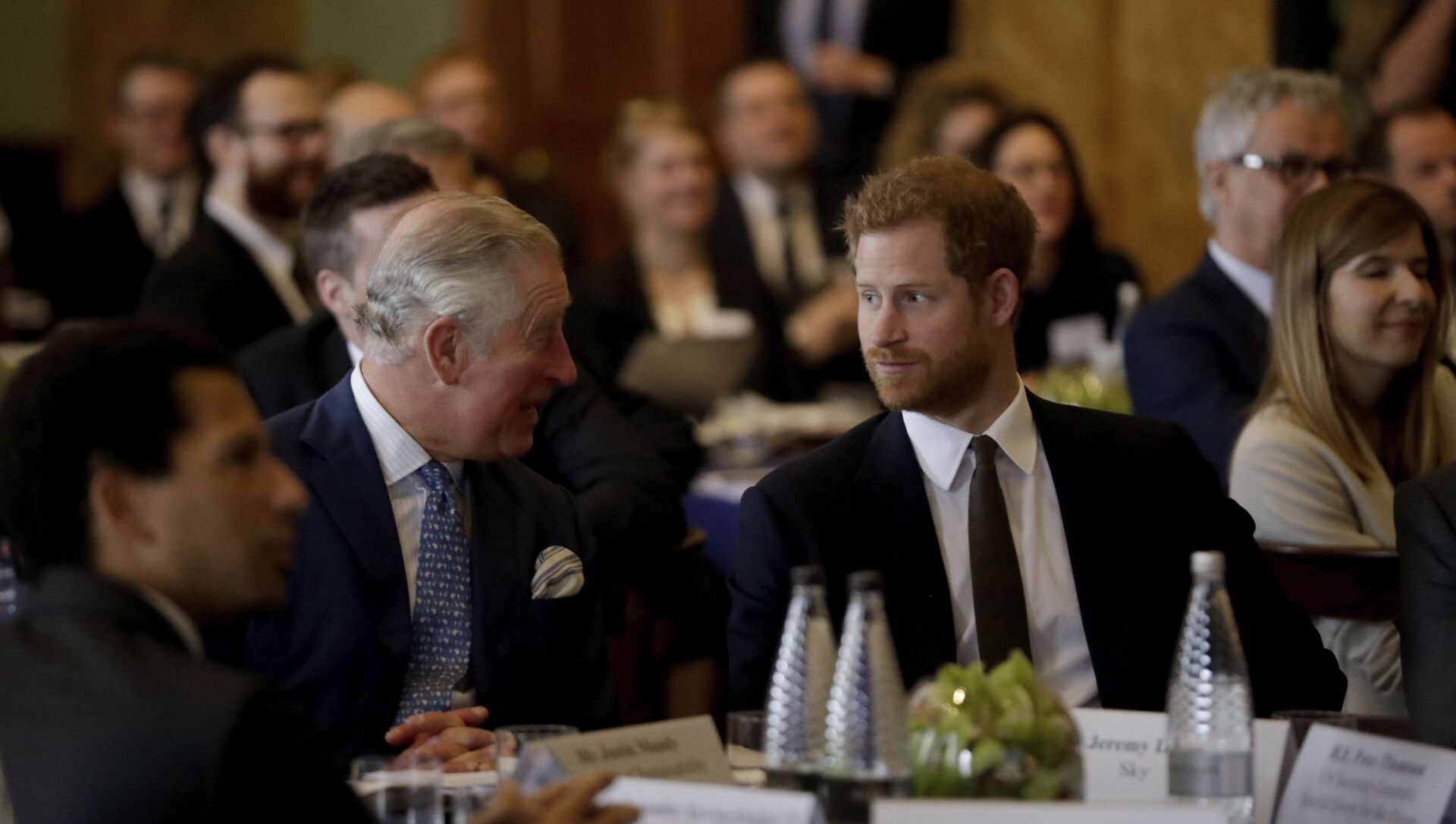 Alexandra Kashirina
All materialsWrite to the author
The Duke of Sussex, Prince Harry, and his pregnant wife, Meghan Markle, participated in a lengthy sit-down interview with iconic businesswoman and celebrity host Oprah Winfrey. The interview, broadcast on Sunday, caused heated controversy in the UK, as the couple laid out some unflattering facts about their royal surroundings.

Prince Harry’s father, the Prince of Wales Charles, has reportedly stopped talking to his youngest son after he became aware of their decision quit royal life, Harry said during a revealing interview with US talk show host and media icon Oprah Winfrey.

The Duke of Sussex stressed that his family was informed in advance about Harry and Meghan’s decision to step down from senior roles in the royal family, adding that he had talked with his grandmother, Queen Elizabeth II, more than with Charles since that time.

Harry expressed his frustration about his father's attitude, claiming that there was “a lot of hurt” between them. He revealed that before Charles stopped answering calls from his son, he asked for Harry’s position to be delivered in written form, which was done with all details, such as the likely date for the announcement.

“By that point I took matters into my own hands, it was like, I needed to do this for my family. This is not a surprise to anybody. It’s really sad that it’s got to this point, but I’ve got to do something for my own mental health, my wife’s and for Archie’s as well,” he said.

According to Harry, he “feels really let down” as his father had “been through something similar, he knows what pain feels like, and Archie's his grandson".

"But at the same time, of course I will always love him, but there's a lot of hurt that's happened and I will continue to make it one of my priorities to try and heal that relationship," Harry stated.

As Vanity Fair reported on Monday, citing an unnamed source, the UK royal next in line to the throne, Prince Charles, was reportedly “in a state of despair” following his son’s remarks about relations which appear to be a “major blow” to the former's reputation.

The big Oprah's interview with Meghan Markle and Prince Harry was released on 7 March on CBS. The much-awaited video caused a stir, as the Duke of Sussex made a number of shocking confessions.