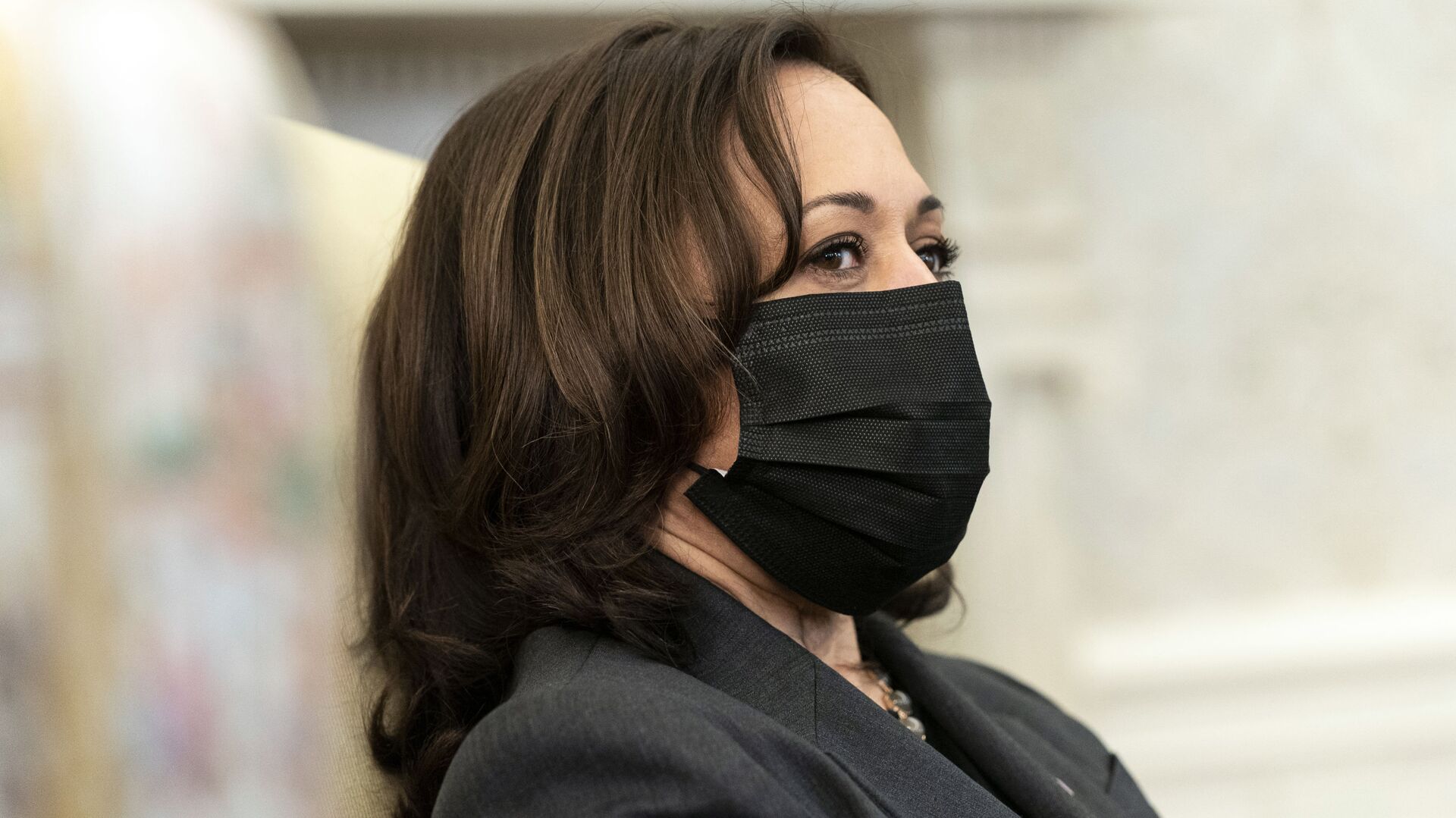 © AP Photo / Alex Brandon
Subscribe
Gaby Arancibia
All materialsWrite to the author
While the role of the US vice president is traditionally seen as integral, the responsibilities given to the post often vary depending on the leadership installed in the White House, as was the case with former Vice Presidents Dick Cheney and Joe Biden during past administrations. Both officials took on projects that kept them in-the-know.

Having taken on the vice presidential baton for the Biden administration, US Vice President Kamala Harris is reportedly taking on a much more active role when it comes to matters of national security and the White House’s foreign policy strategies.

Earlier, it was reported by The Wall Street Journal that US President Joe Biden had halted a second strike on Syria, opting to go with just a single strike as a response to Iran’s earlier actions in the region. However, it was also noted that in the weeks leading up to the operation, Harris played a pivotal role in talks regarding the administration’s first military strikes.

A senior White House official told The Washington Post for a Monday article that Harris “really pressed on the question of how to try to achieve some measures of deterrence while managing escalation” during talks with both Austin and Milley.

The individual underscored that when Harris was present in the Situation Room for the final call on the February operation, the former prosecutor “crystallized the case for taking action.”

Another administration official also indicated that the vice president was also involved in discussions over the Biden administration’s potential repercussions against Saudi Arabia’s Crown Prince Mohammed bin Salman over the killing of Saudi journalist Jamal Khashoggi.

“She was in every meeting and was a very active participant in all the discussions leading up to, and subsequent to, those decisions,” the individual said.

A White House aide also told the Post that Harris often posed questions during deliberations in an effort to work out any potential angles. “She said, ‘wait a minute, let me challenge that assumption. Let’s challenge that premise.’”

It’s worth noting that the Post also determined Harris reviews the daily presidential briefings and participates in live debriefings with Biden, on top of attending regular meetings with Austin and Secretary of State Antony Blinken, among other officials and advisers with foreign policy and national security insight.

At present, it’s unclear if Harris has been given a specific national security portfolio, or if Biden intends to do so in the near future.