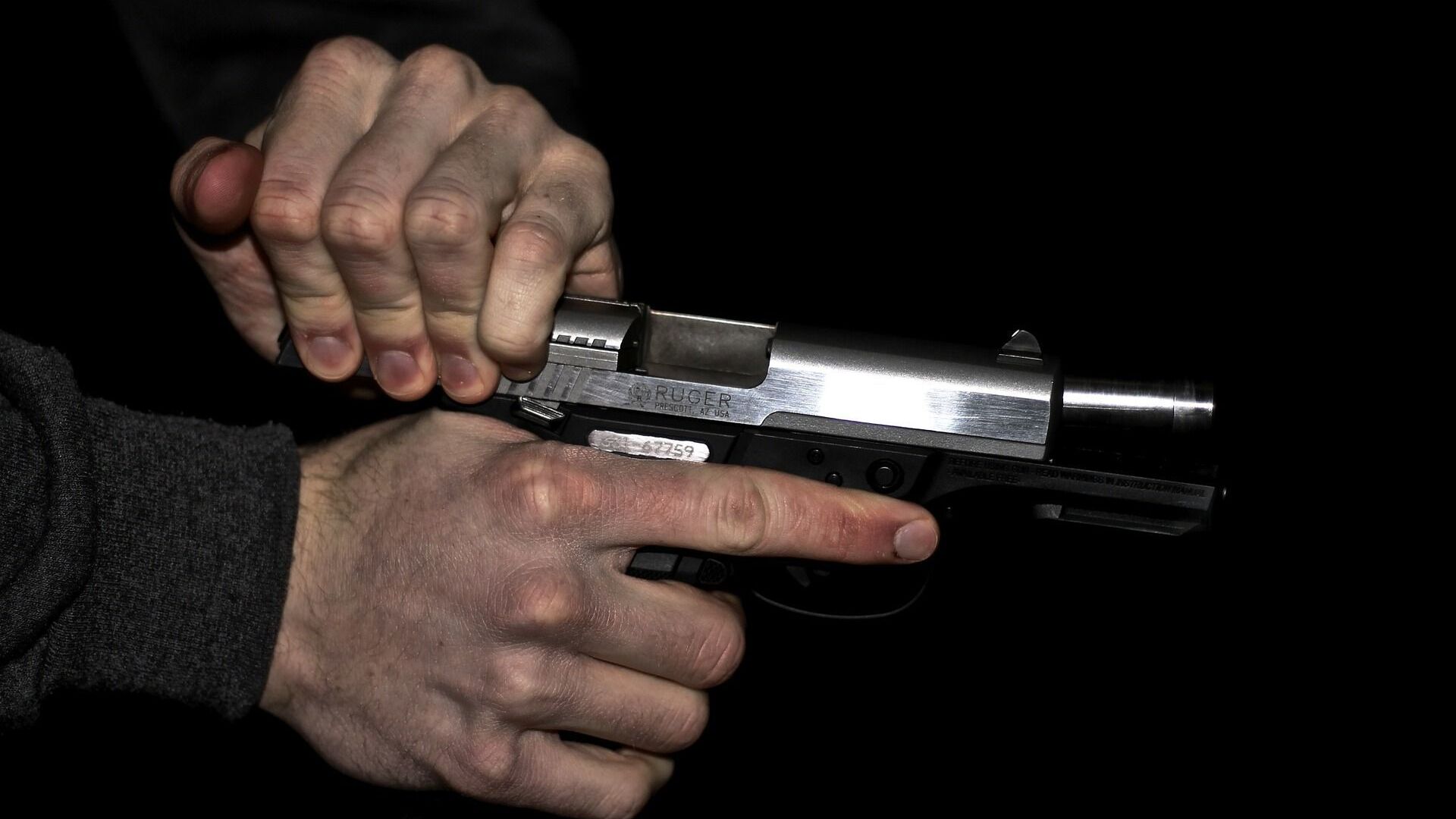 Denis Bolotsky
All materialsWrite to the author
As the number of gun-related crimes in Canadian cities remains high, many locals question the effectiveness of the 2020 ban on assault-type weapons.

According to Marty Kerluck – an instructor who teaches firearms safety classes and vice president of Toronto’s last remaining gun club, instead of targeting real criminals, the government has been putting more pressure on law-abiding firearms owners.

Sputnik: It’s been almost a year since Justin Trudeau announced a countrywide ban on over 1,500 types of weapons that were previously available to private individuals. Back then, Canadian media reported that many gun owners were outraged. Why did they react that way? Is gun ownership that important for your fellow citizens?

Marty Kerluck: Yes, it is a part of Canadian heritage, like in most countries in Europe, including Russia, the UK, where people have been hunting since this country was developed over 300 years ago. So, to have your personal property taken away is rather outrageous, and that is upsetting people. Many countries, unlike the US, where there is no constitution that protects your right to own firearms legally – well, of course, we don’t have that either, so, the government can do what they call an Order in Council, which is a trick to deviate the normal parliamentary procedure and ram something through the law books and in that case make your personal property immediately worthless and illegal to use. So, a lot of us are sitting here at home. We have our newly-prohibited firearms locked up in our cases, with trigger locks, unloaded. All we can do is look at them, clean them, stare at them, take pictures. We’re not allowed to use them. And for some of us this personal property can amount to thousands and thousands of dollars. So, it’s obviously a real restriction, and it’s very unfair, we’re not the cause of this problem.

Sputnik: Would it be fair to say that you and other gun owners and collectors are being discriminated against?

Marty Kerluck: Absolutely. And it’s an unwarranted discrimination, because if I could take a brief moment to explain: in Canada, to possess or acquire a firearm one must have a license. The license is acquired after you take a certified course. There’s two days’ worth of courses, then you apply for your license. So, you’re firstly vetted by the instructor, which I am, personally. I vet my class, we test them. It’s an RCMP – Royal Canadian Mounted Police – legal document exam. Once they pass the exams, after they’ve taken the course, they’ll apply for their license, they’ll go through a federal background check for criminality, drug dealing – all of that stuff. Then, if everything passes, it goes to the local province, and then you’ll get your license card.

I double lock my Restricted Firearm, get vetted daily, passed a nationwide police check and am still thought of by my government as a criminal.

​So, people are vetted constantly once the license arrives in the mail and goes into your pocket or purse. We have something in Canada called CPIC check. It’s a database run by the police, and it checks every individual gun owner each 24 hours for new crime that they have committed. And, if that is the case, the guns are taken away usually within 24 to 48 hours. That’s how it supposed to work. So, we’re vetted, we’re trained, we’re monitored, and we are not the ones that are causing the problem with gang crime, senseless shootings in big cities in Canada. Even smaller cities in Canada are suffering this. So, they are really going after the wrong people and discriminating against the most legally entitled citizens in the country.

Sputnik: Since you mentioned gang violence and shootings in big cities: last year’s crime statistics for the Toronto area, where you reside, show an increase in gun-related crimes, with numbers almost surpassing those that we saw before the gun ban in 2019. Does this mean that Justin Trudeau’s “anti-gun crusade” is more of a miss rather than a hit?

Marty Kerluck: Absolutely, because, again, as I mentioned before, they’re going after the wrong people. The police in Toronto, where I live – they know the gangs, there’s many. They go by unique names, they have territories, like gangs do. We’re locked down still, unfortunately. When bars and restaurants were open – they know where they go. And there’s a lot of issues with the police where their hands are tied in some ways over the last ten years in how they can do inspections or check for illicit firearms when they stop a car or pull someone over. These powers have been reduced, and what we’re seeing daily, because it’s easy to go online – the Toronto police publish daily statistics of crimes that are committed – and every day I personally go, I see gun reports – either shootings, or the police are responding to reports of gunfire. And it’s a daily occurrence in this city.

​So, we’re looking at people that are committing these crimes that are unlicensed; they’re using firearms that are prohibited in Canada. When the Toronto police services arrest a gang guy, or a girl, they will publish what they confiscate, and it’s usually a handgun. And when they show these pictures, these press release reports – again, weekly – you can see the model of handgun, and you can determine that these are short-barrelled handguns which have been prohibited from civilian ownership since the late 1990’s. Those were confiscated or banned way back in the 1990’s, so these are modern plastic guns, meaning Glocks or Smith & Wessons, that are newly built in the US, smuggled through the border, because these are not guns Canadians can legally buy. No one can buy a short-barrelled handgun if the barrel is under 106 millimetres. So, we know these are smuggled guns, we know we have a porous border, and yet the problem is still circling back on the legal ownership. Why? Because we’re the ones they can trace; they know what we own, they know what handguns we have.

Sputnik: The ban on assault-type weapons was introduced right after the mass shooting in Nova Scotia, where 22 people were killed by Gabriel Wortman – a man who used semi-automatic rifles and semi-automatic pistols in the attack. Do you think that now Canadians are better protected against “lone wolf” crimes like that one?

Marty Kerluck: Well, the “lone wolf” crime is really difficult to ascertain how you would fix this. It’s a problem that we seem to have globally in different countries – the Norway chap a number of years ago; it happened in Dunblane, Scotland. And it’s difficult to understand when someone has a mental illness that takes them to that level. We hope that the medical system can capture this. But what we have to realise and understand about Gabriel Wortman is he was not a licensed firearm user. He had no possession and acquisition license. To my understanding, I believe that of all the firearms he used, only one was a Canadian firearm, which was also illegally in his possession. The other firearms were smuggled up from the US. And this was published in an article by Maclean’s magazine, who did some research. So, if someone doesn’t want to follow the law, it’s stupidity to expect them to obey a new law, to make things harsher. We tried to make hard drugs illegal for many years in North America and it hasn’t done a damn thing to prevent opiate overdoses since these laws were invented. Criminals will get a firearm, they’ll make a firearm, they’ll do whatever it takes to commit that act, and legal boundaries are never a solution to stop them from their act.