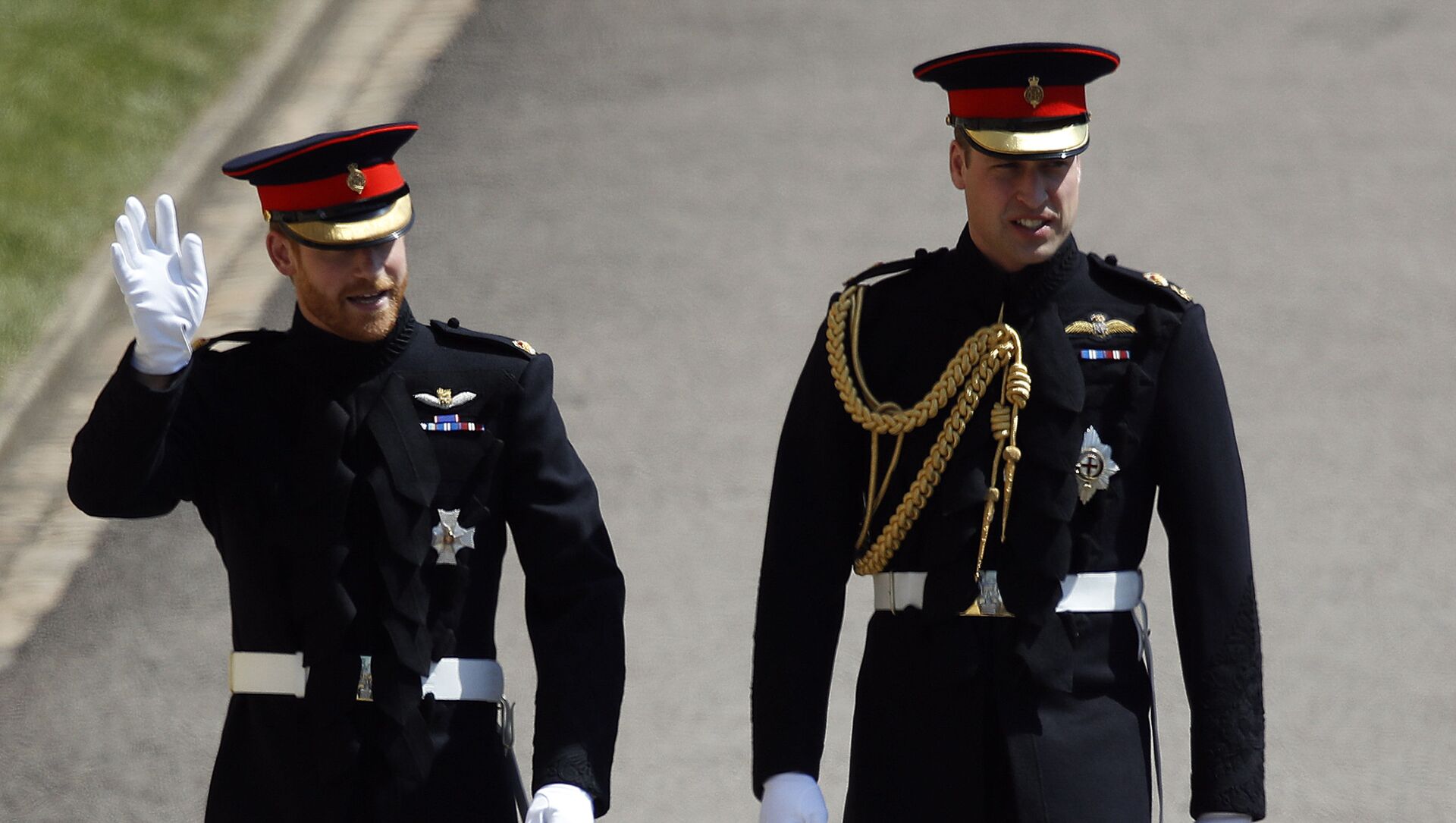 © AP Photo / Odd Anderson
Subscribe
International
India
Africa
Kirill Kurevlev
Managing Editor
All materialsWrite to the author
On the Sussexes' website for their non-profit organizations, Prince Harry introduced himself as his "mother's son" and included a picture of the young prince perched on his mother, Princess Diana's, shoulders.

The couple, who recently stepped back from their royal duties, wrote in "A Letter for 2021": "I am my mother’s son. And I am our son’s mother. Together we bring you Archewell," as another photo of a young Meghan Markle with her mother was posted next to Harry's.

"I think that both William and Harry feel they are carrying on the unfinished work of their mother, but I’m told that William was very unhappy that Harry and Meghan used Diana’s imagery to promote their work when Harry claimed to be ‘his mother’s son’ on their website," royal expert and a funder of the True Royalty TV show Nick Bullen is quoted in the report as saying.

According to Bullen, Prince Harry is aware that the legacy of his famous mother "still carries" in the US, and he is "definitely utilizing that, but it’s something he needs to be careful about."

"He doesn’t own the legacy; he shares it with his brother," he added.

As shown in a clip for the upcoming tell-all interview with legendary American TV host, Oprah Winfrey, that is bound to go on air on Sunday evening, 36-year old Harry referred to his late mother again, noting how Diana had to reinvent herself after divorcing from Prince Charles.

"I’m just really relieved and happy to be sitting here talking to you with my wife by my side because I can’t begin to imagine what it must have been like for her going through this process by herself all those years ago," Harry said while adding, "because it’s been unbelievably tough for the two of us. But at least we have each other."

Bullen echoed the repeated assumptions by the media and experts on the British royal family that the full-fledged TV special with Meghan and Harry is nothing more than an attempt to build their own "brand" in the US, where no one follows royal life as closely as in Harry's native UK.

"They are speaking now because they are trying to build Brand Sussex for a US audience, as was seen in the James Corden interview and now in this interview with Oprah," he noted.

Prince William and Prince Harry Trying to Repair Their Relationship After 'Megxit', Report Says
Several hours prior to the interview's release on Sunday the Queen will make her annual speech on TV for Commonwealth Day. With the last Commonwealth Service at Westminster Abbey marking the final appearance by the Duke and Duchess of Sussex as senior members of the royal family, this time the monarch will be accompanied by Prince William, Prince Charles with their spouses, and by Sophie Wessex in pre-recorded speeches, due to the COVID-19 pandemic.

Earlier it was reported that neither the Queen nor Buckingham Palace has a copy of the already recorded interview with the Duke and the Duchess of Sussex, and they will only know its contents on Sunday.

Despite this, Bullen believes the palace, and the senior members of the family will remain silent about the Winfrey interview.

"They won’t respond and won’t give it air time because the mantra of the Windsor family is: ‘never complain, never explain,’" he said.

In early 2020, Prince Harry and his wife announced that they were giving up their royal family status in order to live between the US and the UK and achieve "financial independence." As a result, they were stripped of their Royal Highness titles and a number of patronages. A month before the expiration of the time period allegedly agreed with the Queen for making a final decision, the Duke and Duchess of Sussex confirmed that they will not return to royal duties.