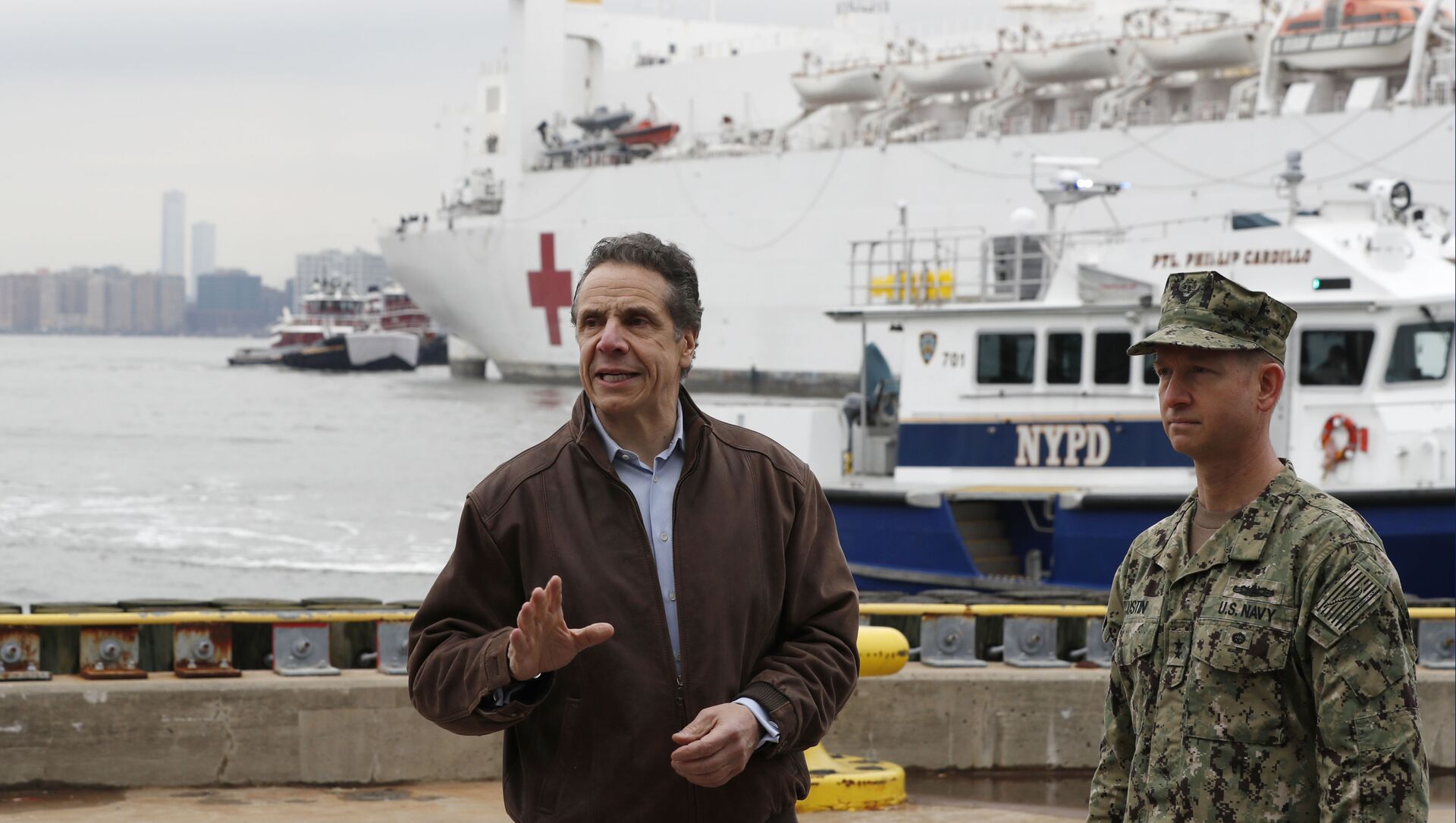 Ekaterina Blinova
All materialsWrite to the author
Andrew Cuomo has found himself in a heap of trouble over long-term care facility residents' COVID-related deaths and sexual harassment allegations. Although Cuomo is not going to resign, his cases may have repercussions for his political future and hit Democratic governors who issued similar nursing home orders during the pandemic.

On 5 March, New York Governor Andrew Cuomo, whose time in office has recently been mired by two separate scandals, was stripped of emergency powers by the Democratic-dominated state legislature.

The same day, the Democratic majority's leader in New York's state Senate said that the governor should resign if "any further people" come forward to accuse him of sexual misconduct. Five women have made sexual harassment or bullying claims against Cuomo so far. NY Attorney General Letitia James has requested that the governor and his staff preserve all records that may be relevant to the sexual harassment probe.

A day earlier, The New York Times broke that top members of Gov. Cuomo's COVID-19 taskforce rewrote a report from the state's health department to hide the real number of deaths among nursing home residents last June. The FBI and federal prosecutors in Brooklyn are investigating the governor's handling of nursing homes amid the coronavirus pandemic, according to an 18 February ABC News report.

The Double Scandal of Andrew Cuomo

Although Cuomo has repeatedly tried to downplay both scandals, he has nevertheless hired Elkan Abramowitz, a prominent criminal defence lawyer and former federal prosecutor, to represent his office in the investigation into New York's misreporting of COVID-19 deaths among nursing home residents.

Hiring a prominent criminal defence attorney is an indication that Governor Cuomo is taking the growing scandal seriously, suggests Jason Goodman, US investigative journalist and Crowdsource the Truth founder.

"So far, no significant information about the probe has been revealed to the public beyond the fact that it is underway or at least being contemplated", Goodman says. "It is difficult to say at this point what federal prosecutors may do or what determinations may be made".

Still, one needs to keep in mind that previously Andrew Cuomo served as the state's attorney general, the secretary of housing and urban development, and campaign manager for his own father’s gubernatorial campaign, so he likely knows or has worked with many of those who would be investigating him, according to Goodman.

Cuomo’s scandals and allegations of sexual misconduct are showing that Democrats and the media treat Democrats one way and Republicans another.

Their hypocrisy is shameful. pic.twitter.com/NcY3SihqVt

​"I personally find it difficult to imagine such a deeply entrenched political animal of the swamp variety facing any serious repercussions", the journalist remarks.

Previously, Charles Ortel, a Wall Street analyst who exposed General Electric's massive financial discrepancies in 2008, raised serious questions about Cuomo’s non-profit, Housing Enterprise for the Less Privileged, but no investigation has come about, Goodman recalls. "As a member of one of New York’s best known political dynasties, Cuomo is a protected species", the journalist adds. 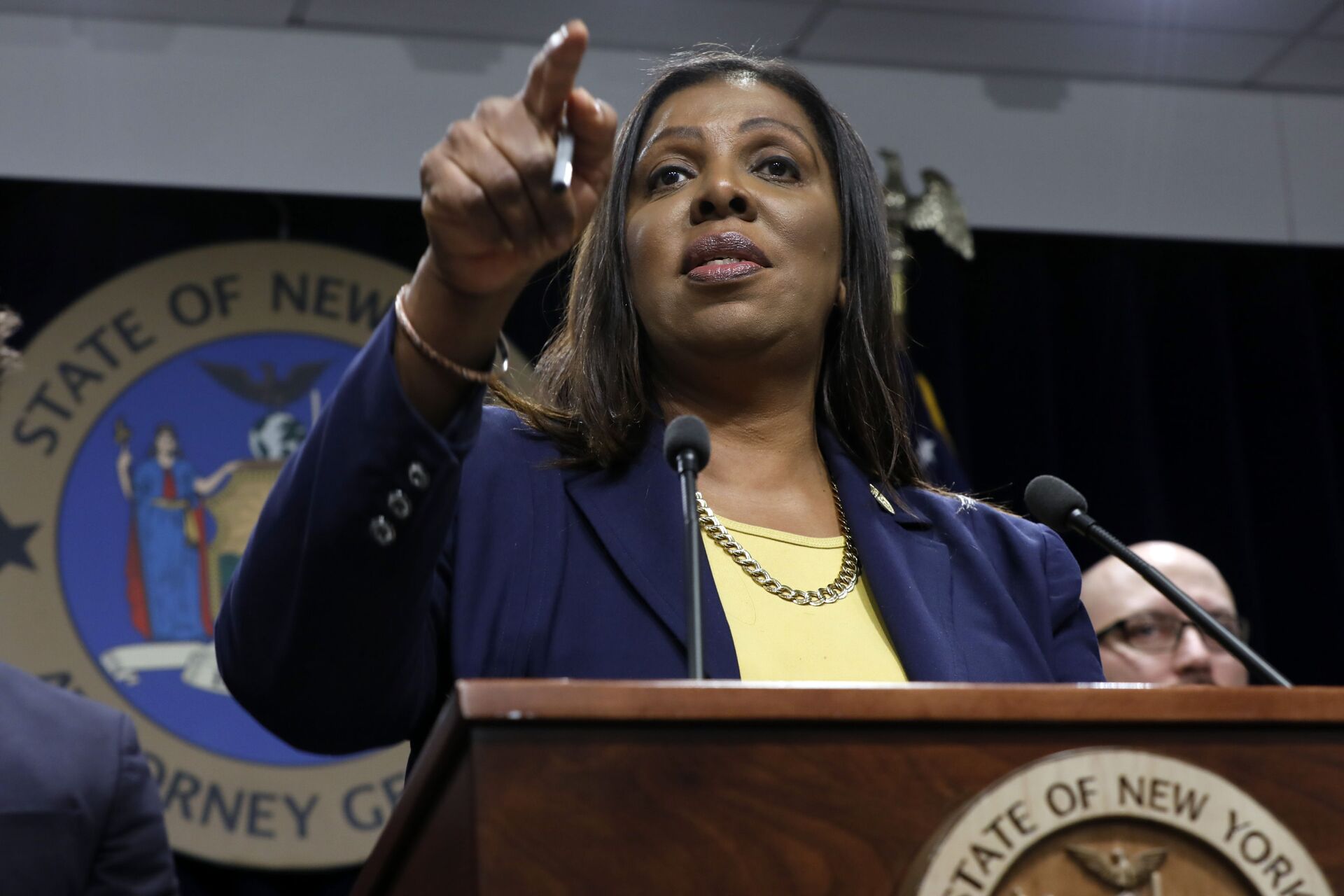 It is not surprising that the sexual scandal emerged exactly at a time when Cuomo was being subjected to scrutiny over underreporting COVID-related nursing home deaths, according to the journalist. What is more astonishing is that the hell was unleashed on the governor under a Democrat executive administration, Goodman remarks.

"Letitia James seems to be a competent and aggressive attorney general", he says. "We should know soon enough if her threats have teeth or are merely more political rhetoric. Perhaps Ms James has designs on being New York’s first female governor, something the state’s ultra-liberal political climate is likely to embrace. Knocking Cuomo off his pedestal would certainly be a feather in her cap and a campaign trail talking point for her should she choose to run".

AG James earlier made the headlines for going after the National Rifle Association (NRA), a powerful US gun lobby, and the Trump Organisation.

Article 7 of NYS judiciary law, s. 240, lays out the standard for impeachment: "willful and corrupt misconduct in office.”

Our governor’s handling of nursing homes fits within that standard, as does his conduct towards his staff & members of the public.

​Still, the odds of Cuomo resigning over the attorney general's pressure are virtually zero, according to Goodman.

"At one of his Emmy Award-winning press conferences last week, he gave a speech that would have been as at home in an episode of the mafia crime drama The Sopranos as it was in Albany, stating unequivocally that he will not resign", the journalist says. "The good news is this scandal has likely tarnished the Cuomo brand sufficiently that he is unlikely to rise beyond his current position. This in and of itself is good news as only a short while ago he was considered to be on the short list of potential future candidates for US president". 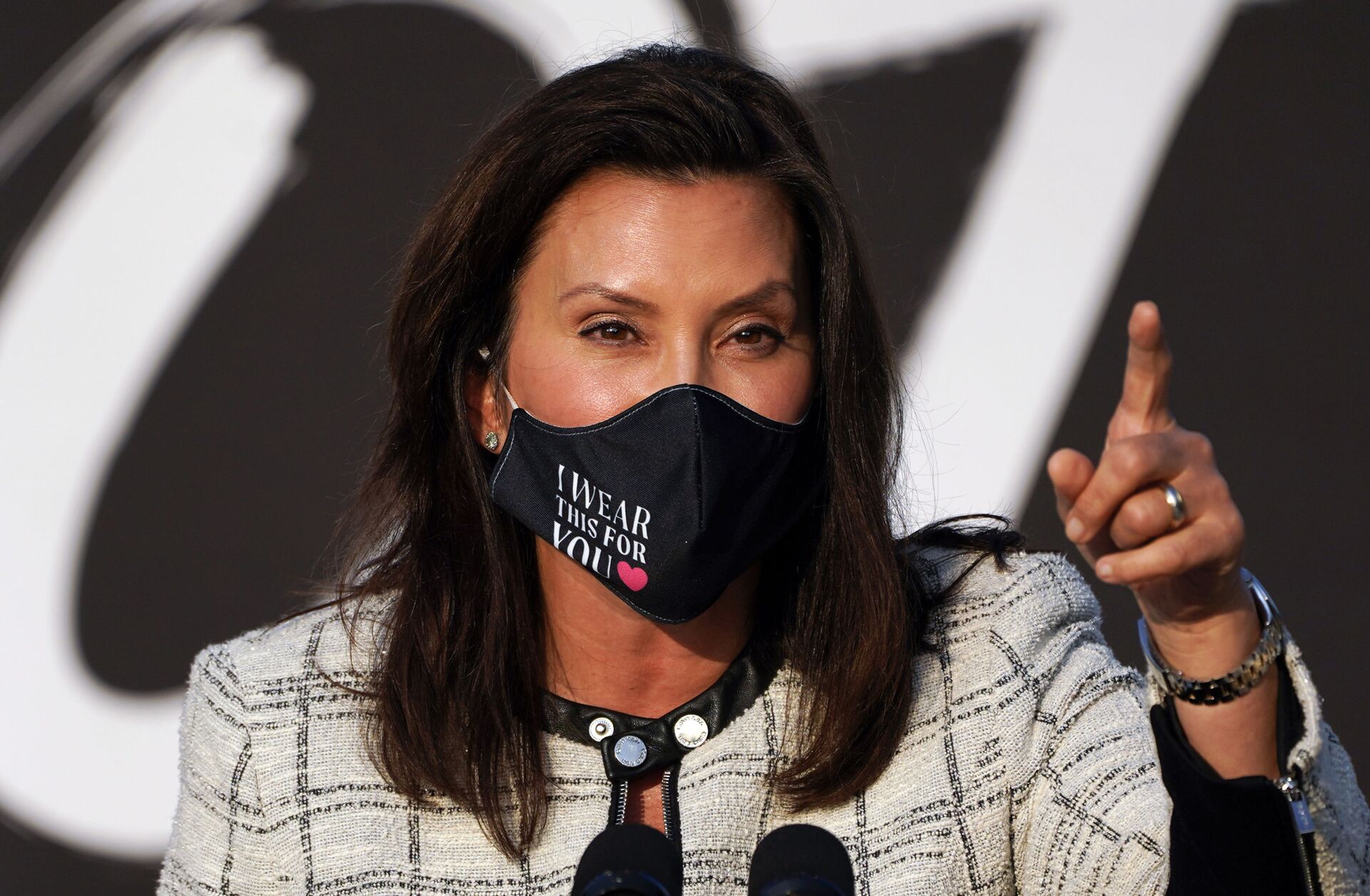 Meanwhile, it has turned out that Andrew Cuomo is not the only governor who resorted to controversial COVID orders that allegedly resulted in a spike in deaths at nursing homes. Cuomo's critics cite the 25 March 2020 mandate that said "no resident shall be denied re-admission or admission to the nursing home (NH) solely based on a confirmed or suspected diagnosis of COVID-19".

“The governor employed a misguided policy that placed positive patients in the same facility as healthy residents, increasing the spread of the virus and ultimately having fatal consequences”, said Republican State Rep. Phil Green of Millington, as quoted by ABC12, referring to Whitmer's executive order 50 of 2020, which required some nursing homes to admit residents who had tested positive for COVID-19.

They must be held accountable.

In August 2020, the four Democratic-governed states – New York, Michigan, New Jersey, and Pennsylvania – were subjected to scrutiny by the DoJ over "orders which may have resulted in the deaths of thousands of elderly nursing home residents". "New York, New Jersey, Pennsylvania, and Michigan required nursing homes to admit COVID-19 patients to their vulnerable populations, often without adequate testing", the Department of Justice highlighted on 26 August 2020.

Cuomo's handling of COVID was celebrated by the media. The truth only came out after real scrutiny.

​"I personally find it unlikely that such egregious measures would be undertaken by four different governors purely by coincidence", suggests Goodman. "New Jersey is part of an unofficial coalition known locally as the tri-state area (New York, New Jersey and Connecticut). New York and New Jersey also share close ties through the Port Authority which is an official organisation authorised by Congress to control bridges, tunnels and airports that serve both states. Pennsylvania also directly borders New York so there is frequent interaction between these states and their leadership. Michigan is historically less associated directly with New York, but Cuomo is chair of the National Governors Association so that would seem to create opportunities for him to interact with governors from all states".

Goodman does not rule out that the Democratic governors could formulate and carry out multistate plans. Cuomo's nursing home case may potentially have a domino effect for all of them, according to the investigative journalist. Still, he remains sceptical about the prospects of the New York governor being held accountable.

"If nothing of significance happens to Cuomo, expect nothing to happen at all", Goodman says. "If there is a real response, those other governors may find themselves seeking legal representation as well".