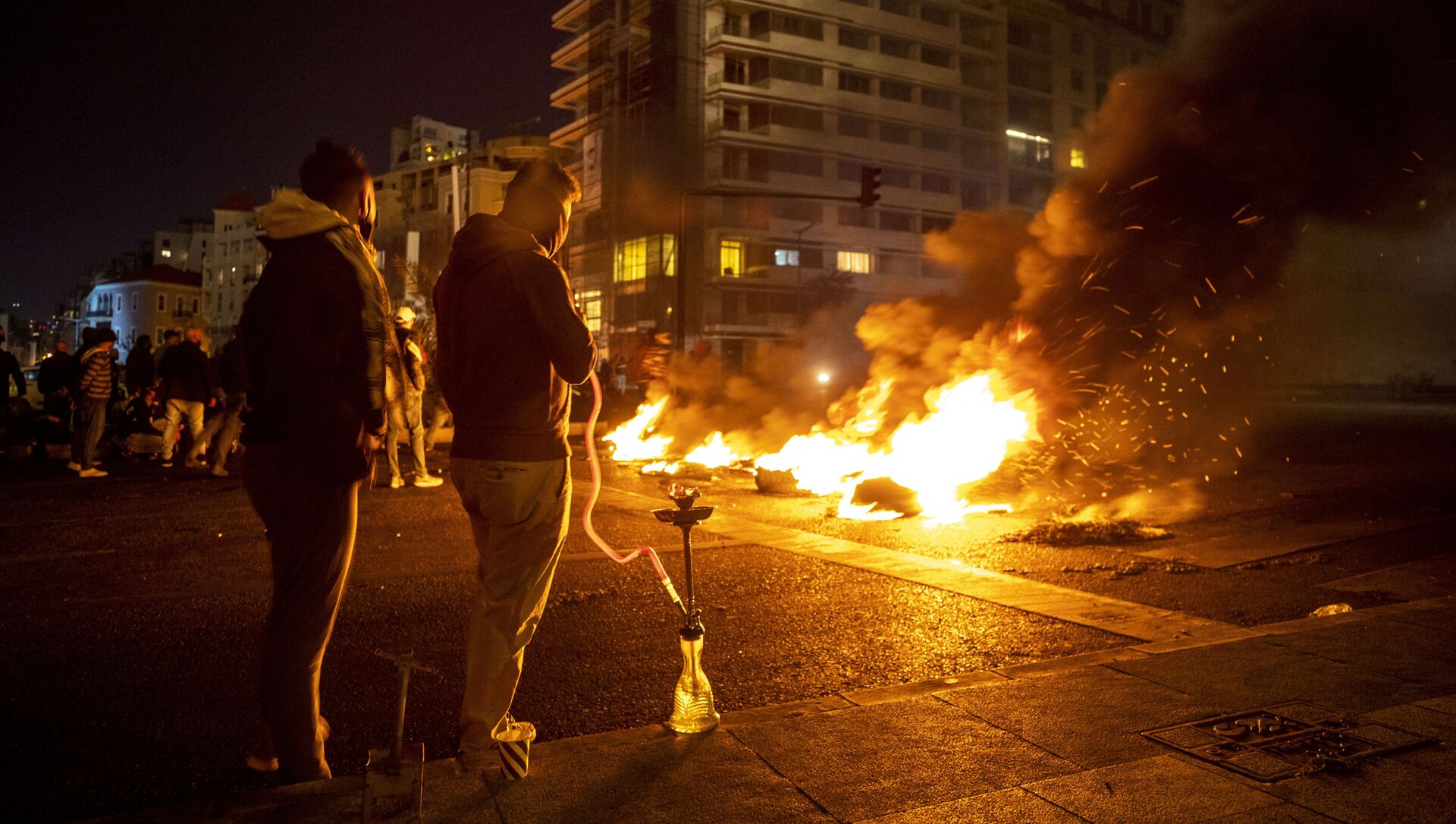 Kirill Kurevlev
Correspondent
All materialsWrite to the author
The collapse of the local currency has resulted in a sharp rise in prices as well as delays in fuel shipments, resulting in longer power outages across the region, with some areas experiencing outages of more than 12 hours per day. The recession has reportedly pushed nearly half of the country's 6 million people into poverty.

Lebanon's caretaker prime minister Hassan Diab urged politicians to set their differences aside in order to form a new government capable of attracting critically needed foreign aid, as the country was heading for anarchy, The Times of Israel reported Saturday.

Diab, who resigned as prime minister almost seven months ago in the aftermath of the devastating explosion at the Beirut port, threatened to suspend his caretaker duties in a bid to provoke the faster dispute settling for a new Cabinet formation.

“If seclusion helps with cabinet formation then I am ready to resort to it, although it goes against my convictions for it disrupts the entire state and is detrimental to the Lebanese,” Diab said in a televised address. "Social conditions are aggravating, financial conditions are putting a severe strain on the country, political conditions are increasingly complex."

Diab spoke as the nation's currency continued its rapid depreciation against the dollar, trading on the black market for the first time at nearly 11,000 Lebanese pounds.

In response to the situation in the country, protesters have been out in the streets since Tuesday, blocking streets and highways with burning tires.

“Lebanon is in grave danger and the Lebanese are paying the price,” the caretaker PM stressed.

The protesters are demanding that the authorities enact proper measures to get the nation out of the economic crisis and improve the living conditions of its citizens.

Since the fall of 2019, Lebanon has been undergoing the most severe economic crisis in its modern history, with a bloated banking sector and endemic government corruption sending the currency tumbling down 80 percent of its value against the US dollar. Increasing poverty and unemployment have driven people to the streets, sparking a major opposition movement in October 2019, but although two governments have resigned, little has been done to address the root cause of the crisis.