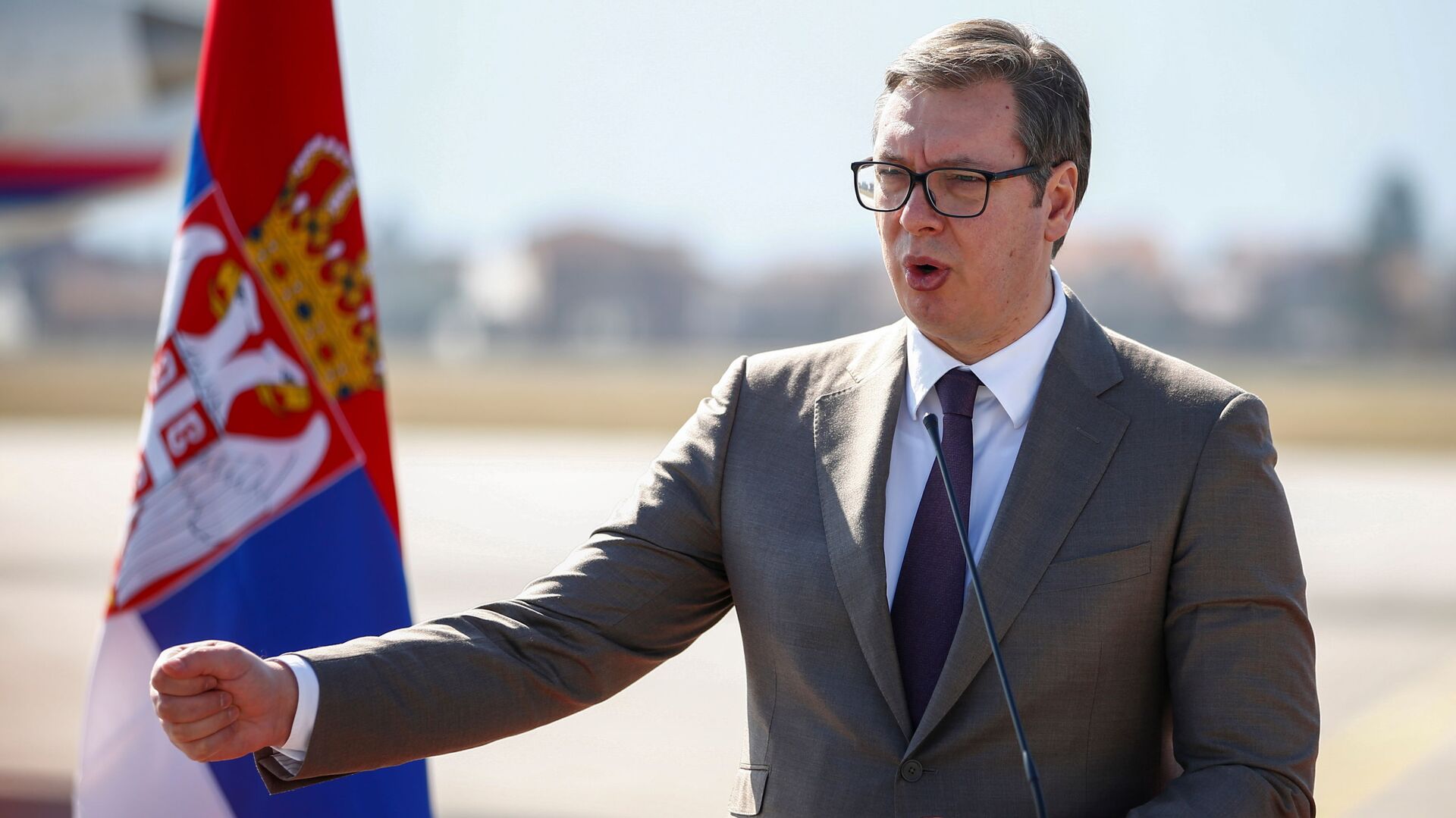 BELGRADE (Sputnik) - Serbian President Aleksandar Vucic says all that the West wants is for Belgrade to recognize Kosovo’s independence and pressure to do so will increase.

"All that they want from us can be said in one sentence … Nothing has changed, except that this desire [for Serbia to recognize Kosovo’s independence] will be expressed a lot more dramatically than before," Vucic said on Saturday, after a National Security Council meeting.

At the end of February, Serbian Foreign Minister Nikola Selakovic condemned the European Parliament for its call on EU member states to recognize Kosovo, saying it was against European law.

Selakovic emphasized that the Belgrade-Pristina negotiations, mediated by the EU and based on the principle of status neutrality, were the only way to resolve the tensions between the two parties.

Albanians in Kosovo broke away from Serbia after conducting a campaign of terror against Serbs and other nationalities living there and after NATO forces undertook a 78-day military campaign in 1999 against what was then SR Yugoslavia, consisting of Serbia and Montenegro.

Pristina unilaterally proclaimed independence from Belgrade on February 17, 2008. Serbia, as well as Russia, China, Spain, Iran, and a number of other countries do not recognize Kosovo’s independence.