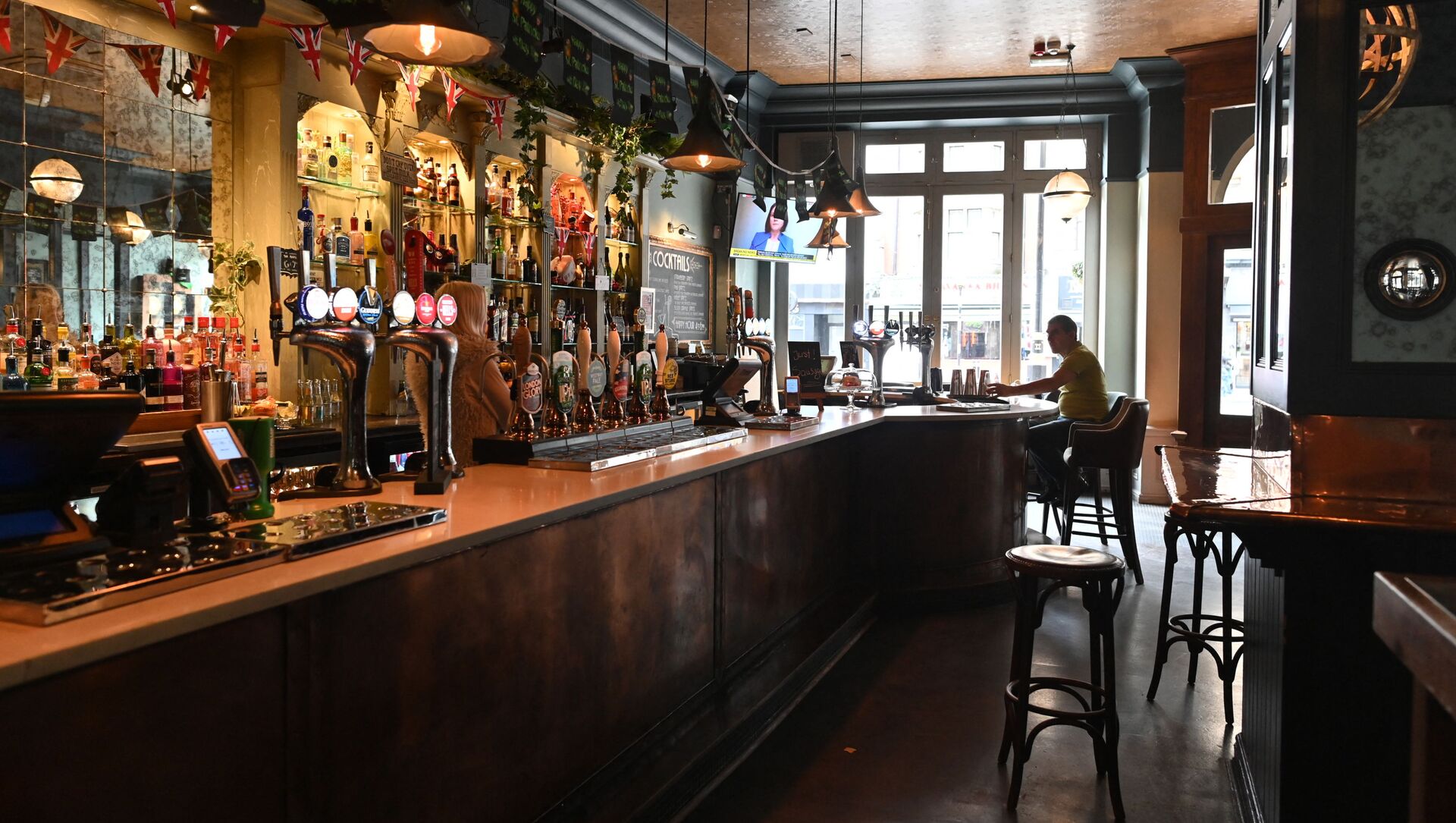 © AFP 2023 / JUSTIN TALLIS
Subscribe
International
India
Africa
The United Kingdom is still gripped by coronavirus lockdown measures despite its rapid vaccination roll-out. Leading scientists and experts are now discussing the best strategy on how to loosen social and economic restrictions.

A top UK sociologist has hit back against accusations that he said visiting pubs was only dangerous for "old and fat people."

While addressing a Royal Society of Medicine webinar on social behaviour and the spread of disease, Professor Robert Dingwall described the risk of catching a serious case of the virus in a drinking venue as low. He added that the danger was "heavily age-loaded" and varies for "specific groups where one can think about specific advice on protection."

The Daily Mail report on Saturday claimed his comments referred to obese people and their increased risk from infection.

Dingwell responded to the report saying that it "misrepresents the seminar content" and he did not say that pubs were dangerous for "old and fat" people.

He also clarified that he's not a SAGE advisor.

This seriously misrepresents the seminar content and my status. I am not a SAGE adviser and was not described as such. Nor did I say pubs were only dangerous to old and fat people. Full recording will be on YouTube tomorrow. @RoySocMed https://t.co/D2NZtDmpqq

​Social media users flocked to his defence and criticised the Mail for misleading reporting.

You're a man of integrity Prof Dingwall. I'm sure you didn't put it like that, but there's an uncomfortable fact that obese ppl are more at risk & apparently more likely to spread cov too. Shame UK gov measures have likely exacerbated obesity this past yr. https://t.co/epjdoIrACz

If the daily mail said it was raining I’d have to go outside & check. Time for a complaint to the regulator while they still exist.

​Dingwell's comments about high-risk people are consistent with studies that suggest being overweight increases people’s risk from the virus, as is the case with age.

The professor has voiced his opposition to the "zero-Covid agenda" – the strategy of keeping lockdown measures in place until the virus is completely eliminated from the population.

"We have lived alongside viruses for millennia. We will do the same with Covid," Dingwell told the BBC last week.

Certain prominent experts support this approach, including Prof Devi Sridhar from Edinburgh University who believes the governments should approach Covid like measles, which has been reduced to zero in most developed countries.

Other senior advisers, however, have rejected the idea, suggesting vaccines could allow people and Covid to exist alongside each other, as is the case with the flu.

The government's Chief Medical Officer Chris Whitty has suggested that policy should seek to "de-risk" Covid until a "tolerable" death rate is reached.