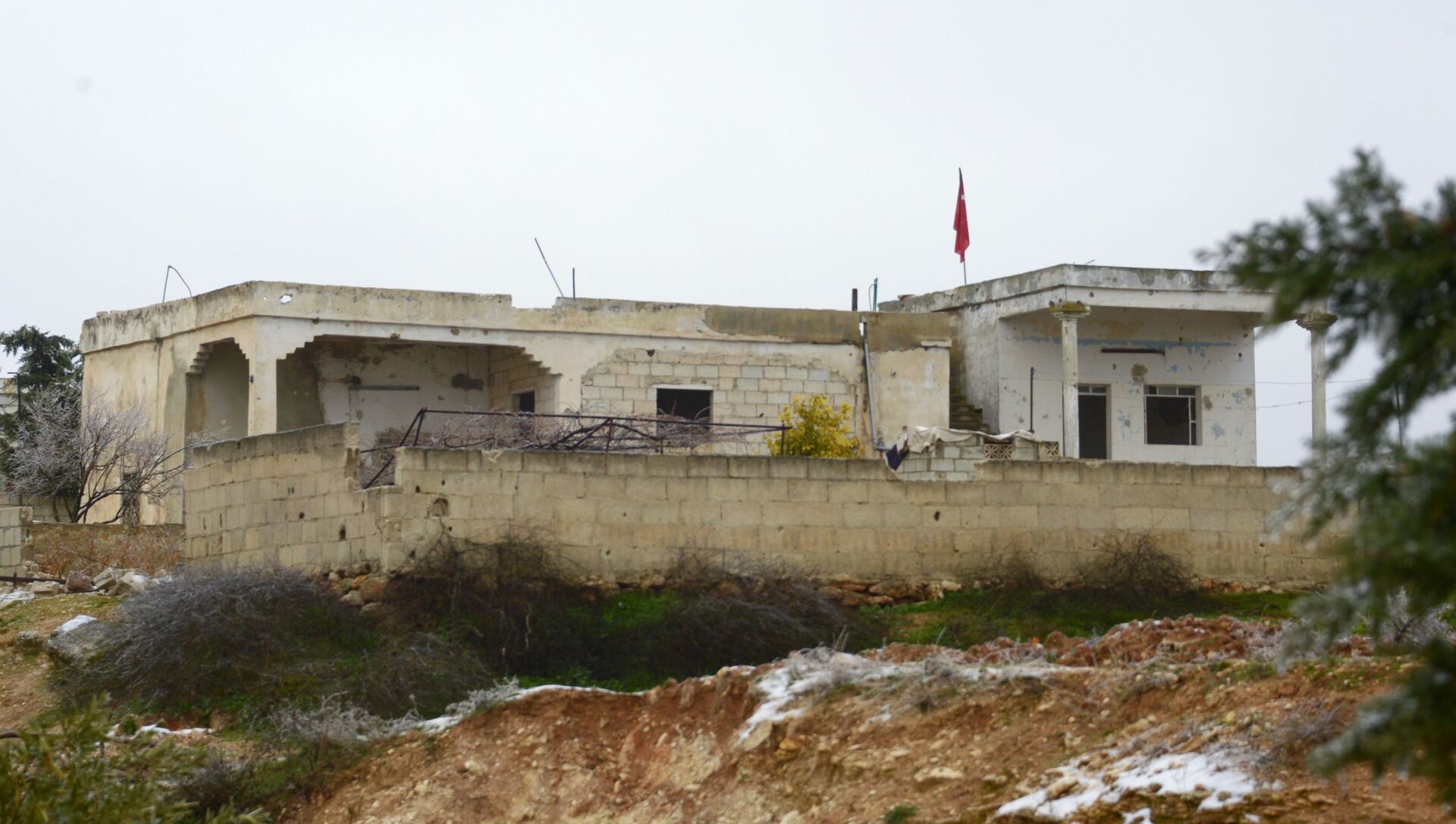 MOSCOW (Sputnik) - About 130 people attended a protest rally in Syria's al-Bab with calls for the withdrawal of pro-Turkish armed groups, Rear Adm. Alexander Karpov, deputy head of the Russian Defense Ministry's Center for Reconciliation of Opposing Sides in Syria, said on Saturday.

The rally was suppressed by militants and eight local residents were detained, he added.

"In the locality of al-Bab (30 kilometers [18 miles] northeast of Aleppo), about 130 people went to a rally demanding the liberation of the city from the occupation. The demonstration escalated into clashes with militants from illegal armed groups, during which eight civilians were detained by militants," Karpov said during a briefing.

According to him, a similar demonstration against pro-Turkey groups was also held in Balshun, located 23 kilometers southwest of Idlib, where militants seized homes of locals who are suspected of cooperating with the Syrian government. The protest in Balshun led to clashes between militants and locals.

"In the Idlib de-escalation zone, 28 attacks from the positions of the Jabhat al-Nusra* terrorist group were registered, including 20 in the province of Idlib, two in Latakia, two in Aleppo, four in Hama," Karpov said.

He added no shelling on the part of illegal armed groups controlled by Turkey had been registered in the past day.

Moreover, the Russian aviation forces conducted air patrol along the route from the Metras airfield to Hak-el-Sura and back.