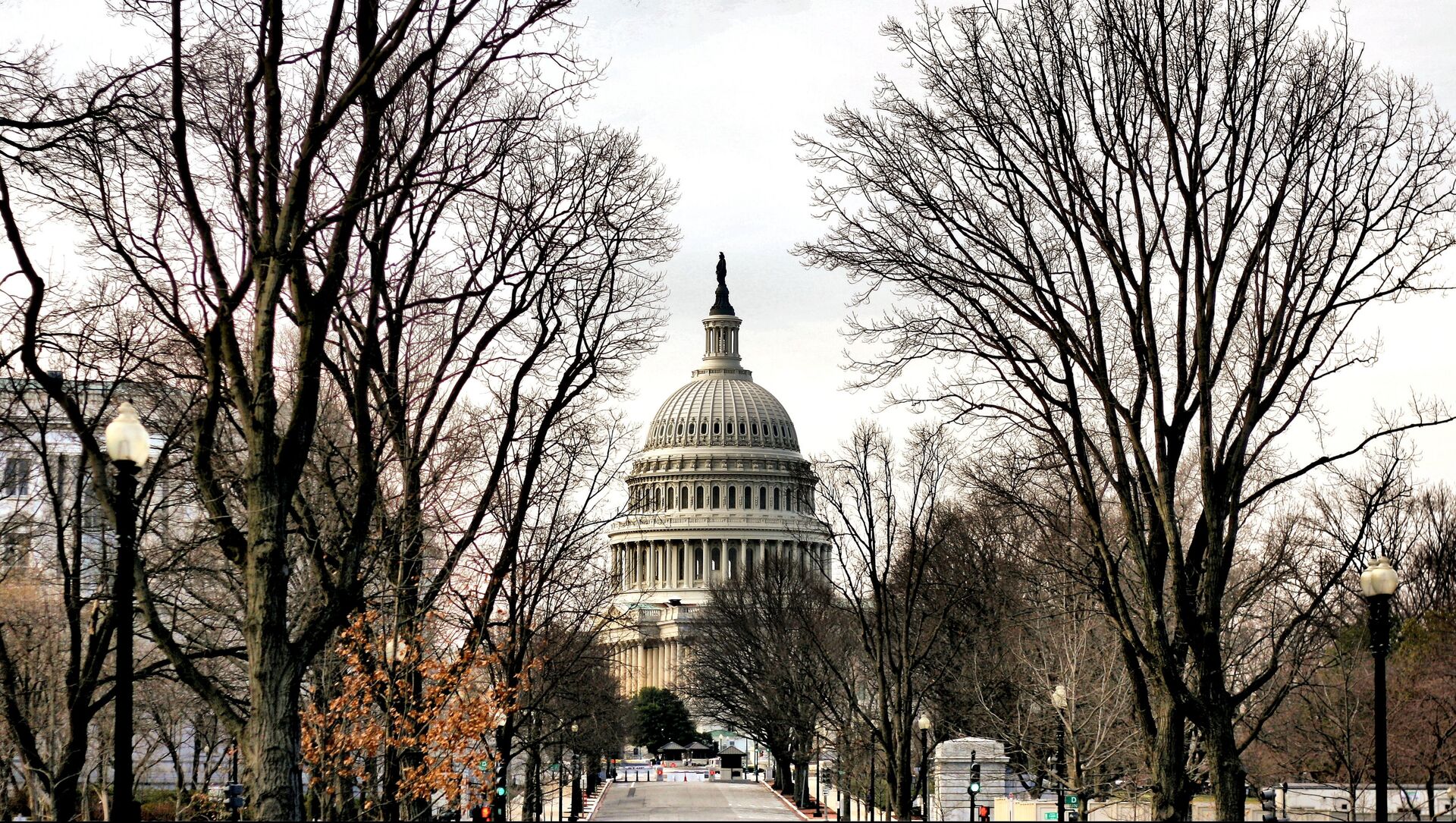 Ilya Tsukanov
All materialsWrite to the author
Vice President Kamala Harris cast the tie-breaking vote to advance the coronavirus relief package to the Senate on Thursday, with Republican lawmakers seeking to block its passage. The White House and its congressional allies have sought to pass the bill before the expiration of previously-approved emergency Covid benefits on 14 March.

The Senate narrowly passed the long-awaited new coronavirus relief bill on Saturday, with lawmakers dividing strictly along party lines in their votes after 27 straight hours of debate.

The bill passed the body 50-49, with final approval now necessary from the House of Representatives before it lands on President Joe Biden's desk for signature. All 49 Senate Republicans present in the chamber voted against the bill. GOP Senator Dan Sullivan of Alaska left Washington on Friday night to attend a family funeral and did not vote. Had he stayed and voted, Vice-President Harris would have been able to cast the tie-breaking vote.

The relief package includes another round of one-time relief checks, this time amounting to $1,400, to most Americans, $350 billion in assistance to state and local governments, $300 a week-worth-of unemployment benefits, and other measures, including billions for Covid vaccines and testing, subsidies for businesses, and tax breaks.

Biden promised to get the $1,400 checks out after former President Donald Trump's own party blocked his efforts to get $2,000 in relief out in December. The first round of checks worth $2,000 were sent out in April 2020 as part of the first round of financial support to Americans in the wake of the coronavirus, which sent the economy into a tailspin amid 'two week' lockdowns which turned into months of restrictions, the mass closure of businesses and insufficient medical capacity to 'flatten the curve' of the virus's spread.

Republican Senate Minority Leader Mitch McConnnell expressed disappointment over the bill's passage, claiming that the top priority of the lawmakers who voted for it "wasn't pandemic relief," but "their Washington wish list."

"The Senate has never spent $2 trillion in a more haphazard way," McConnell suggested.

Record-Breaking Open Vote in Senate Sees Dems Scramble to Push Through Biden’s COVID-19 Relief Bill
Before its passage through the Senate, lawmakers chipped away at some of its proposed provisions, cutting down unemployment aid from an initially proposed $400, and rejecting outright a proposed $15 per hour minimum wage.

Schumer predicted Saturday that the Democrat-controlled House will approve the Senate's version of the bill.

The latest relief package is equivalent to about one tenth of the US's entire GDP, and is the fifth package of measures to be passed since the spring of 2020. After it is approved by the House and signed by Biden, the US will have spent over $6 trillion on Covid relief, piling on to America's gargantuan debt and increasing inflation. Critics of the current and previous relief packages have also accused lawmakers of feathering the nests of large corporations and banks, and of providing little or insufficient aid to middle and working class Americans struggling to pay for mortgages, rent, food or medical expenses amid the rising threats of unemployment, underemployment and layoffs.