Queen to Call for Unity in Her Address Before Oprah's Interview With Meghan, Harry - Report 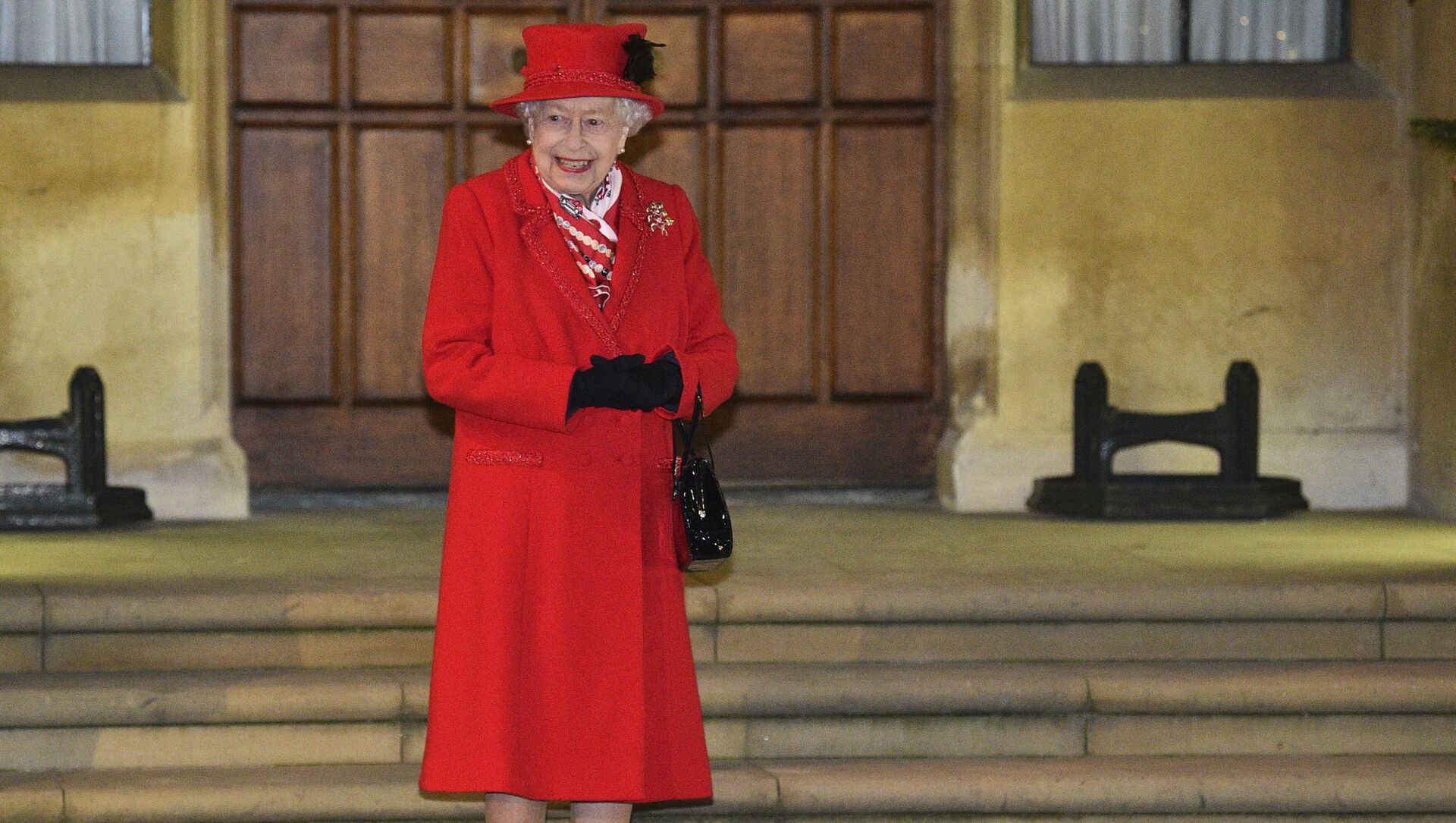 © AP Photo / Glyn Kirk
Subscribe
Kirill Kurevlev
Correspondent
All materialsWrite to the author
Senior members of the Royal Family will join forces with the Queen for the Commonwealth Day Service in the Sunday evening hours before the Sussexes' interview with Oprah Winfrey airs in the United States, coming together in what has been a tumultuous time for the British royals.

The British monarch, Queen Elizabeth II will call for unity, stressing the importance of "coming together" in her annual Commonwealth address, which is to be aired just hours before the candid interview with the Duke and Duchess of Sussex on Sunday night, The Mirror reported Saturday.

Since the normal celebration has been halted due to the lockdown imposed because of the raging COVID-19 pandemic, the Queen will now reportedly broadcast a specially recorded message on the television program A Celebration For Commonwealth Day.

The Queen will reportedly praise the way cultures around the "family of nations" have come together during the pandemic.

“It was great sadness that the usual celebration at Westminster Abbey could not go ahead this year due to the pandemic but the Queen was absolutely determined to make the best of it," an undiclosed source is quoted in the report as saying. “This special message, is a symbol that despite such extraordinary challenges going on throughout the world, the concept of togetherness has never been more important.”

The Queen's message is set to be presented on BBC One at 5 pm on Sunday, ahead of the Duke and Duchess of Sussex's CBS interview.

Prince Harry and Meghan Markle's last engagement as senior members of the Royal Family was held at Westminster Abbey in March last year. Prince Charles, Camilla, the Duke and Duchess of Cambridge, and Sophie Wessex will accompany the Queen this year, according to the report.

Prince Charles will pay tribute to the people of the Commonwealth's "extraordinary determination, courage and creativity" during the coronavirus crisis.

Kate, the Duchess of Cambridge will reportedly say it's "sad" that it's taken a pandemic for the public to "really back and support all those working on the front line."

A year ago, Prince Harry and Meghan Markle announced that they were relinquishing their status as senior members of the royal family. As a result, they were stripped of their Royal Highness titles and a number of patronages.

The Queen reportedly gave them a year to make a final decision, and in February this year, the Duke and Duchess of Sussex confirmed that they did not intend to return to royal duties. In a few days, a comprehensive interview with the famous American TV show host Oprah Winfrey will be aired, and, according to the teasers, Meghan Markle and Harry did not mince words when describing their former life.

In the latest clip released by @CBS of Meghan’s @Oprah interview, the Duchess of Sussex makes this accusation of Buckingham Palace: “there is an active role that the Firm is playing in perpetuating falsehoods about us.” 😳😳 pic.twitter.com/a6v30a7XBw

According to media reports, the royal palace hoped that they would at least postpone the release of the program while Harry's grandfather, the queen's husband Prince Philip, is in the hospital, but so far no changes have been reported in the broadcasting network of the American television channel CBS.

The Queen and Buckingham Palace "do not have an advance copy" of the interview, according to the report, and "everyone will watch it at the same time."