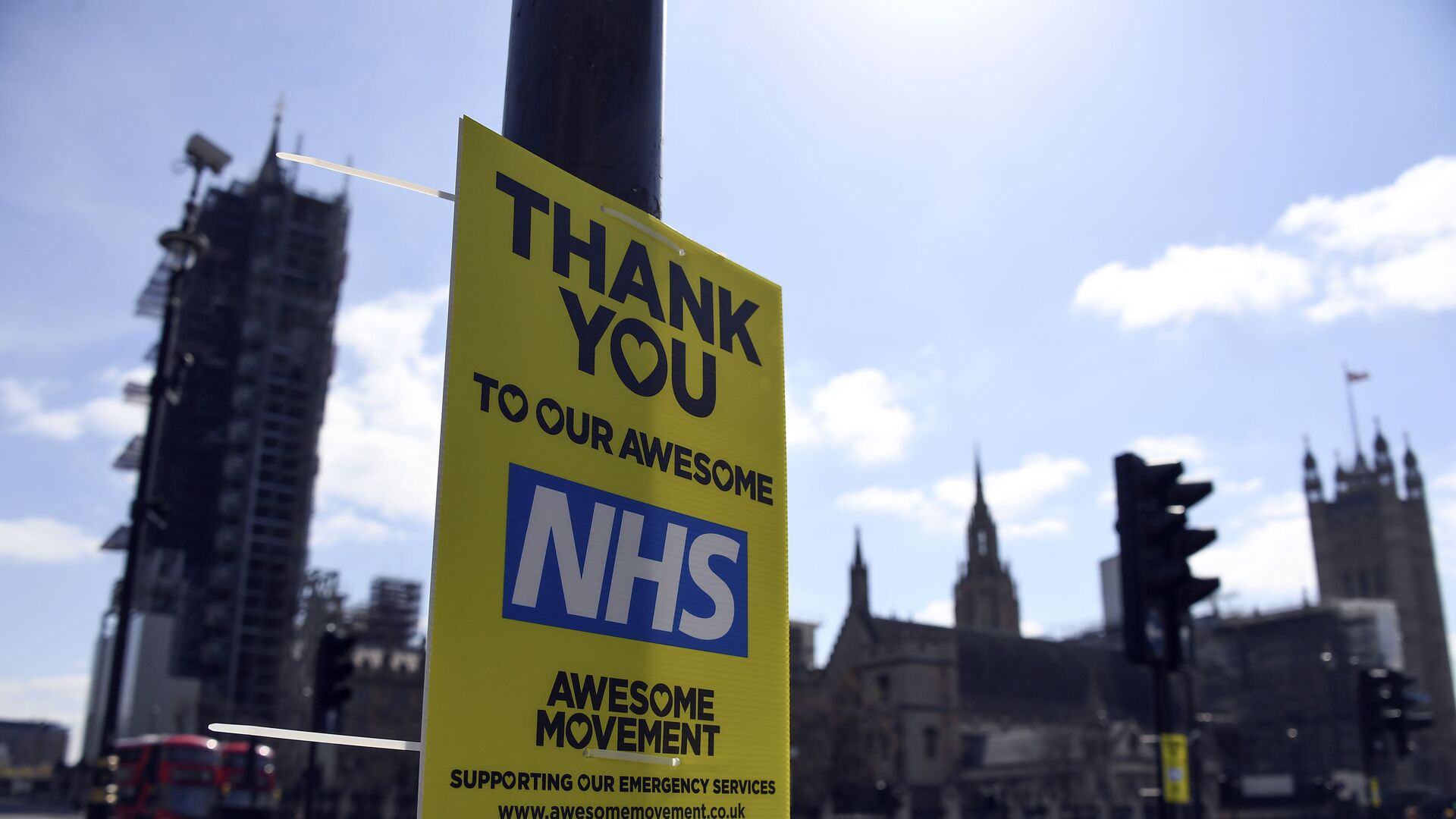 © AP Photo / Alberto Pezzali
Subscribe
Arty Katkov
All materialsWrite to the author
The UK has been one of the worst-hit countries by the COVID-19 pandemic, with over four million cases overall and 124 thousand deaths, which put a considerable strain on the country’s National Health Service.

The British Medical Association, the Royal College of Nursing, the Royal College of Midwives and Unison in a rare joint initiative have written a joint letter to Chancellor Rishi Sunak to express their "dismay" over this week’s news that the Department of Health and Social Care officially recommended the 1% pay raise to the independent panel that advises the government on NHS salaries. The ministers will make their decision on the matter in early May.

"The proposal of a 1% pay offer, not announced from the dispatch box but smuggled out quietly in the days afterwards, fails the test of both honesty and fails to provide staff who have been on the very frontline of the pandemic the fair pay deal they need," the letter said.

The unions said that their staff "have literally kept the country alive for the past year," urging a "fair pay deal".

"Our members are the doctors, nurses, midwives, porters, healthcare assistants and more, already exhausted and distressed, who are also expected to go on caring for the millions of patients on waiting lists, coping with a huge backlog of treatment as well as caring for those with Covid-19."

Previously, the Royal College of Nursing called the 1% rise "pitiful" and started preparing for a strik action, setting up a £35m fund to support members if they go for it. Unite union said it is considering a strike ballot.

Saffron Cordery, the deputy head of NHS Providers, which represents NHS Trusts in England, called the offer of a 1% rise “disappointing”. “They know that the assumption was that the 2021/22 NHS pay raise would be 2.1% - and that this was covered by the NHS revenue settlement announced by Theresa May in June 2018,” the deputy head said.

UK Secretary of Health Matt Hancock said on Friday that such a small increase comes out of the assessment of “what’s affordable as a nation” in the post-coronavirus crisis economy.

Hancock said in a press conference on Thursday that he was “very pleased” NHS staff had been excluded from a wider public sector pay freeze, arguing that he had secured a good deal for them.

According to TUC’s general secretary, Frances O’Grady, a “1% rise would be “a hammer blow to staff morale”, after its analysis showing the cumulative effect was that if the 1% increase goes through for 2021-22, nurses’ pay will be £2,500 less than in 2010 when adjusted for inflation.

Labour also slammed the offer, with leader Keir Starmer saying on Friday morning that the 1% pay rise recommendation was a “real insult”. 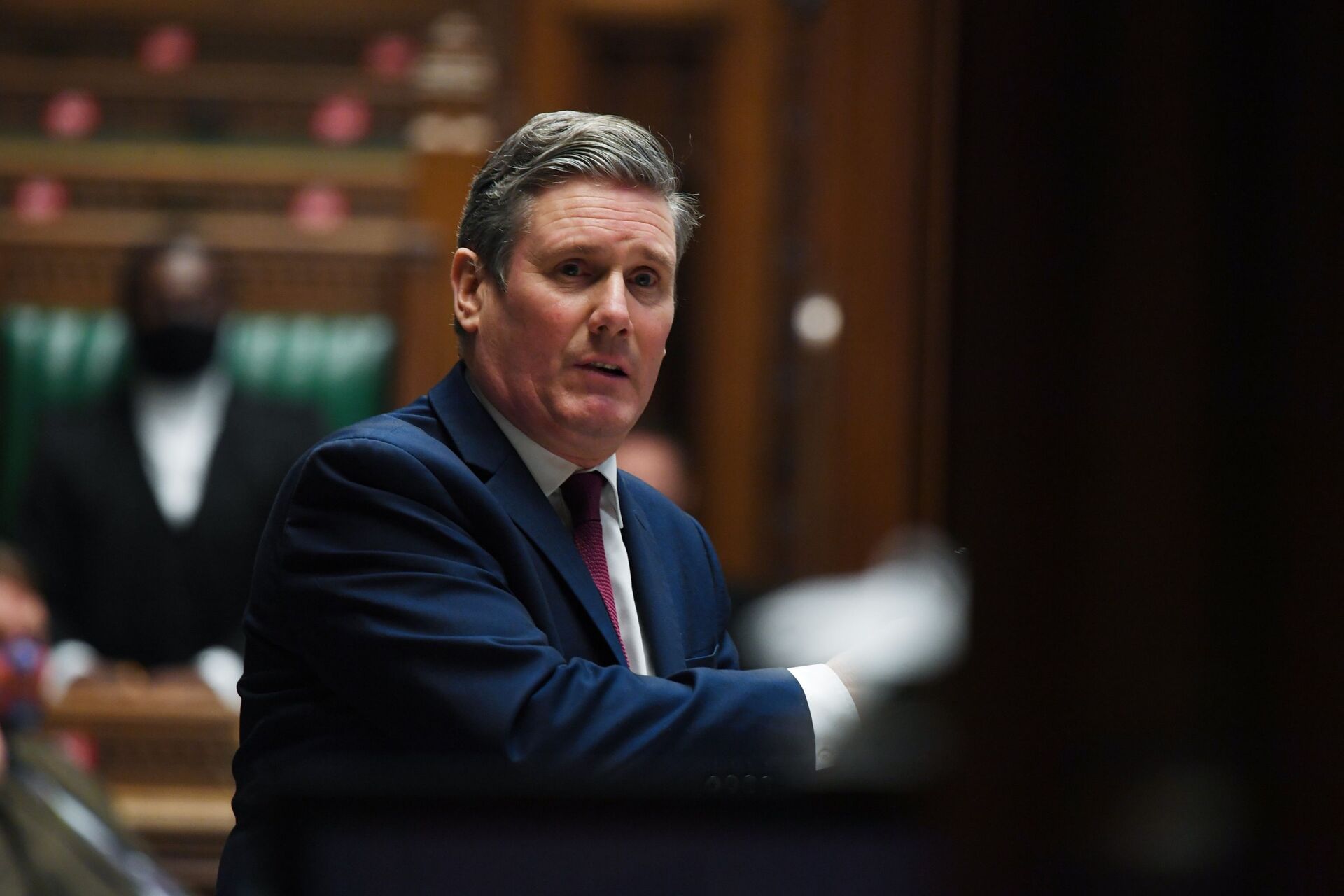 “The prime minister tries to take credit for the vaccine rollout while cutting the pay of those who are actually delivering it – it’s insulting,” Starmer said.

Over 122,000 people in the UK have lost their lives to COVID-19 over the last year, with the health crisis bringing about severe economic fallout. Britain is starting to slowly come out of a third coronavirus-caused lockdown that has hurt hundreds of thousands of the country's businesses, with official data showing Britain's unemployment rate hitting 5.0 percent at the end of last year.

000000
Popular comments
A number of NHS staff have exposed the Covid hoax as "they were doing f**k all". My mate had a phone call with a doctor instead of the old fashion visit in a GP surgery. He went and checked his GP surgery details. An average GP income was £75.000/year part timers included which is only £7.000 short of a salary of an MP. I don't know about the hospital staff but they don't work for minimum wage like plenty of other people. Hospitals were paying £100+ an hour to agency nurses when needed so that's a £1200 a day. NHS don't save lives they kill people by incompetence. UK have one of the highest children mortality rates in Europe and old people are dying in the hospital corridors. I don't mind giving them money but not from hard working people nobody including the NHS cares about from the National Insurance payment.

kernel.panic999
6 March, 12:10 GMT
000000
The conservatives will not touch the military budget, and indeed the parliament never discusses the share of taxpayer money UK citizens going to the pay that juice salaries of the UK generals. and say the hypocritical Royals.