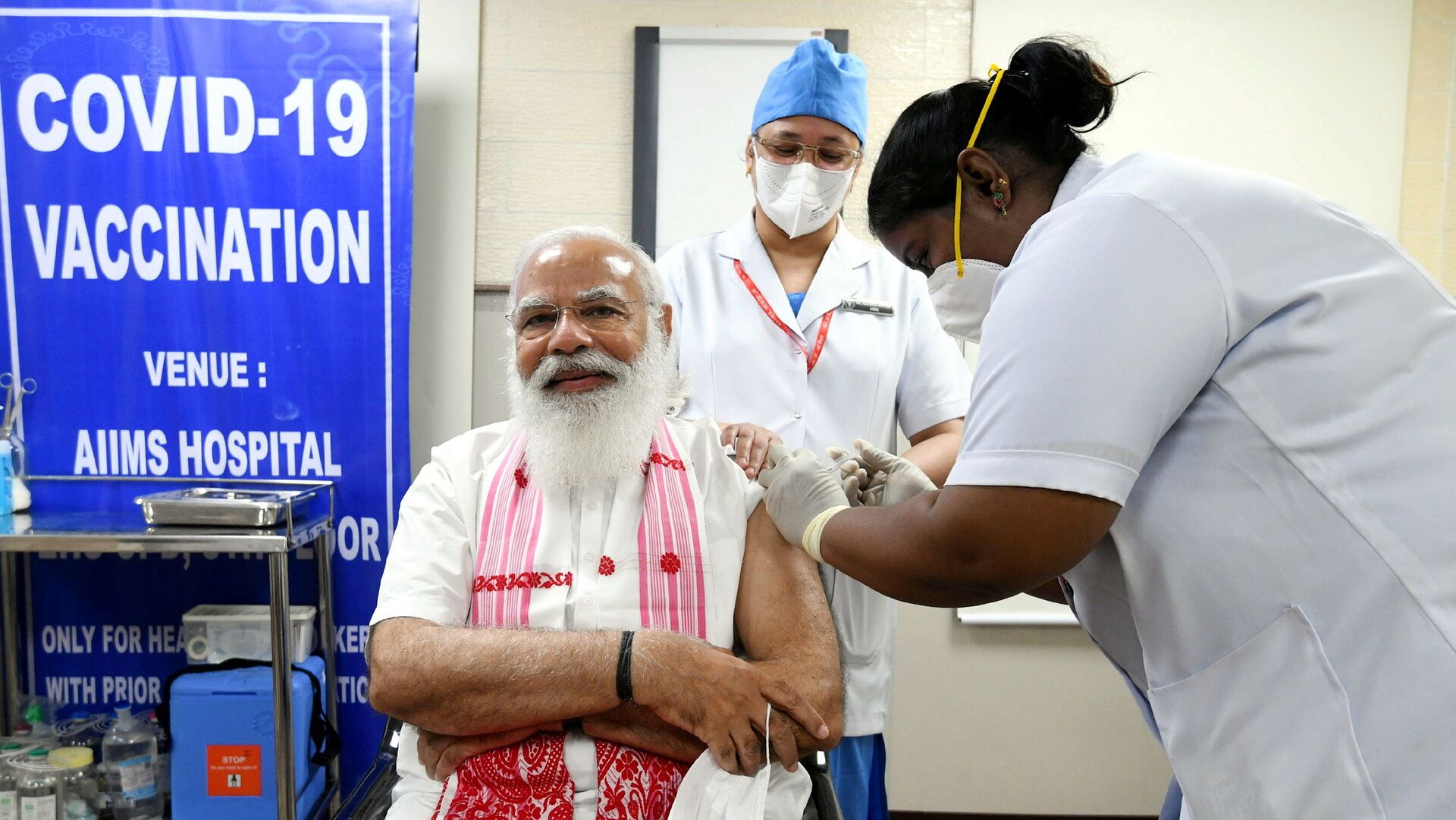 Rishikesh Kumar
All materialsWrite to the author
India has been slow to take advantage of the emergency approval of Covaxin, which received authorisation along with Oxford AstraZeneca in January. Emergency regulatory approval was granted the Indian vaccine while the third phase of the trial was still underway, but now preliminary data has revealed that it is 81 % effective.

“It was intentional to go slow with the Oxford-AstraZeneca vaccine (known as Covishield in India) initially. As we have received third phase trial data of Covaxin which shows efficacy of 81 percent against the Coronavirus, the process will be rolled out much faster than the initial weeks of vaccination,” a highly placed Indian government official told Sputnik.

Covaxin is based on an inactivated whole SARS-CoV-2 virion, an old platform that is also used to make polio vaccines, while Covishield is based on a viral vector platform. However, Covishield has an efficacy of around 62 percent in preventing COVID-19 which is much inferior than Indian government-backed Covaxin.

“Indian Prime Minister Narendra Modi and all the ministers of his cabinet were inoculated with Covaxin and you have noticed that they deliberately flaunted the name of the vaccine to dispel misconceptions towards Indian-made vaccines as government will be going to use this vaccine for a large section of its population,” another official said on the condition of anonymity.

Got my jab. For the curious, it was #Covaxin.

​Indian health minister Dr. Harsh Vardhan said that Prime Minister Modi led by example when he took a shot of COVAXIN on 1 March, the day when India started vaccinating citizens above age 60 years.

“PM Modi getting inoculated with Covaxin will hopefully put to rest any petty politics around its safety and immunogenicity, which was already established via science-backed research and data,” Harsh Vardhan said while emphasising that numerous other vaccines are in different stages of development in the country.

India’s several opposition leaders and some virologists had raised suspicion over the efficacy of Covaxin soon after India's regulators gave the vaccine emergency approval in January. The Narendra Modi government reacted to the sceptics and accused them of playing into the hands of vested interests.

The Indian government aims to cover 300 million "priority people" by the end of July and so far has procured around 50 million doses of the vaccines, which include both COVAXIN and Covishield. The data suggest that Out of over 10 million vaccines administered till last week, only 11 percent was Covaxin.

Asia
Laos Becomes 44th Country to Register Russian Vaccine Sputnik V
“The procurement will go up from Bharat BioTech—the manufacturer of Covaxin. Serum Institute of India (SII) has a significant number of orders from several countries,” the first government official said when asked about the fate of SII-made vaccines.

SII has distributed 90 million doses of AstraZeneca’s vaccine to 51 countries in the past two months. The company's chief Adar Poonawalla requested that the countries and governments, as they await Covishield supplies, wait their turns as the demand for the vaccine is huge across the globe.

Nevertheless, Brazil has signed up for 40 million doses of Bharat Biotech's jab. The Hyderabad-based vaccine maker has said more than 40 countries globally have expressed their interest in Covaxin. Earlier this week, Zimbabwe authorised use of Covaxin, becoming the first country in Africa to do so.

Indian health minister Harsh Vardhan on Thursday confirmed that New Delhi is supplying vaccines to 21 countries on a grant basis while 36 countries are receiving Indian manufactured vaccines on a contract basis.

Gavi, the vaccine alliance, has said in a report that India will need anywhere between $1.4 billion and $1.8 billion for the vaccine initiative for 300 million people.

“From being the 'Pharmacy of the World' we are now emerging as the vaccine manufacturing hub of the world,” health minister Dr. Harsh Vardhan said.

“They (Pfizer) sensed that the company has no opportunity in India. We had set the criteria and we cannot buy the vaccine from the company not following them (criteria),” a third government official with whom Sputnik interacted said on the condition of anonymity.

India had made it mandatory for companies to conduct an additional local study to be considered for the country’s immunisation programme.

India is also expecting third vaccines from Modi’s home state Gujarat based Zydus Cadila and Biological E, which has a supply agreement with Johnson & Johnson to manufacture the latter's single-dose vaccine against COVID-19.