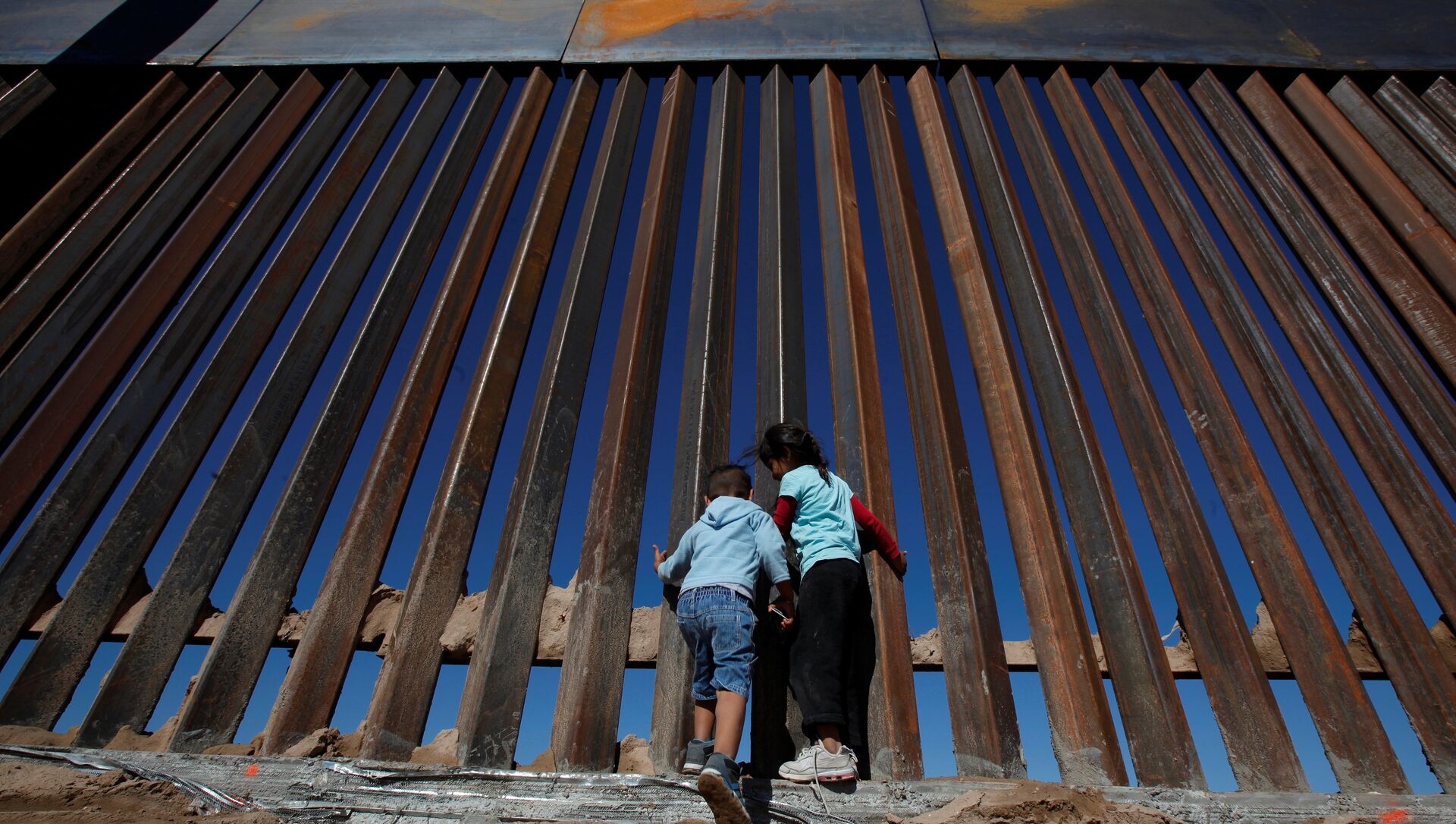 Ilya Tsukanov
All materialsWrite to the author
Joe Biden has issued over 50 executive orders, instruments and memorandums in just over a month’s time, with 20 of these direct reversals of Trump-era policies, and many related to immigration and border control.

The federal agency responsible for housing immigrant children illegally crossing into the United States via the border with Mexico has recorded a record-breaking number of new entries, CBS reports, citing preliminary government statistics.

According to the Office of Refugee Resettlement, over 7,000 undocumented minors entered the US in February, with 1,500 additional entries recorded in the first days of March.

“It is obviously very, very concerning,” an unnamed senior White House official told the network. “People are being exploited and told lies and coming in the absence of understanding that they are undertaking this dangerous trip and that the border is closed,” the official added.

The Biden White House scrapped a Trump-era policy of speedy expulsions for unaccompanied minors with no court hearings, with minors now transferred to the ORR for processing. Children are supposed to be placed in the custody of sponsors – possibly relatives living in the US, if applicable.

Jen Psaki Grilled For 'Hypocrisy' as Biden Re-opens Trump-era Migrant Children Facility in Texas
The report on child crossings comes amid news that Washington has agreed to allow child migrant shelters to be filled to 100 percent capacity, bypassing earlier Covid-related restrictions limiting capacity to 50 percent. The White House is also reportedly considering adding facilities for temporary shelter, including an emergency plan to house child migrants at a Virginia military base.

Last week, President Biden was briefed that up to 117,000 unaccompanied children could enter the United States in 2021.

The Biden administration has speedily worked to revoke Donald Trump’s hardline immigration policies, moving to fortify the Deferred Action for Childhood Arrivals (DACA) programme, which grants children of illegal immigrants safeguards from deportation, scrapping the Trump travel ban, canceling funding from Trump’s border wall, pledging to end “harsh and extreme immigration enforcement,” doing away with the ‘Remain in Mexico’ programme of disincentives for would-be migrants, beefing up the US asylum system, and more.

Trump blasted his successor’s border and immigration policy on Friday, predicting that the border situation will spiral “out of control” and claiming that “interior enforcement has been shut down,” allowing migrants with criminal records to run amok.

Biden press secretary Jen Psaki dismissed Trump’s warning, telling reporters later Friday that the administration doesn’t take “advice or counsel from former President Trump on immigration policy, which was not only inhumane but ineffective over the last four years.”

Recent polling by Harvard University and Harris Insights & Analytics found that 55 percent of Americans disapproved of Biden’s executive order to slash deportations of illegal immigrants who have committed non-violent crimes. 47 percent said they disagreed with Biden’s decision to scrap funding for the border wall.