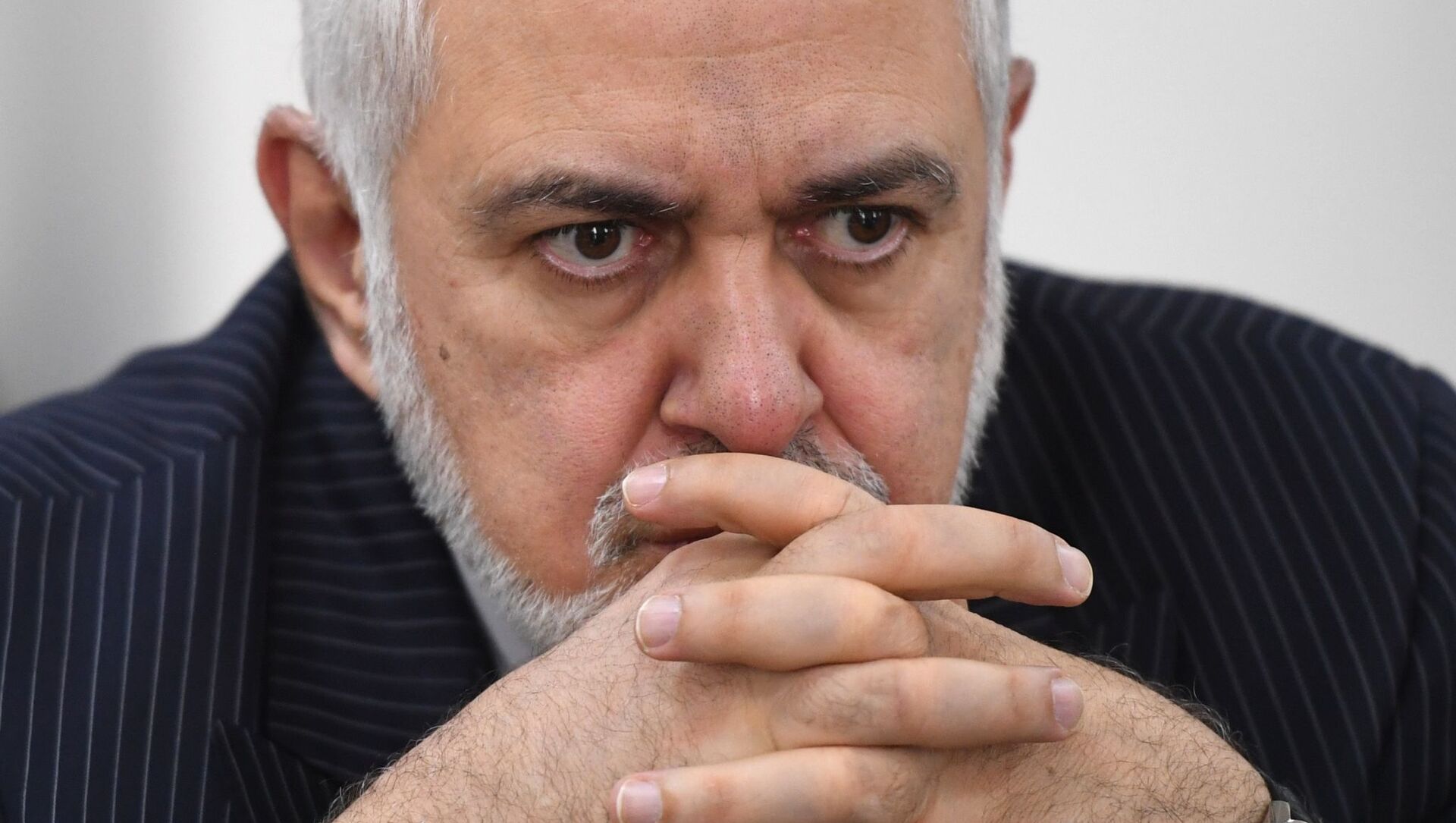 Ilya Tsukanov
All materialsWrite to the author
Despite often being presented as an inscrutable political monolith, Iran’s political system is known to contain actors with a variety of viewpoints on how to interact with the United States, with positions ranging from pragmatic cooperation to hardline hostility. These differences occasionally come out into open view in statements made by leaders.

Iranian Foreign Minister Mohammad Javad Zarif has issued a soft rebuke of an official who told a Western newspaper that Tehran would be prepared to resume talks on the Joint Comprehensive Plan of Action nuclear deal if the US agreed to lift its anti-Iran sanctions within a year.

“Iranian policy is vibrant and officials express diverse opinions. But those opinions should NOT be confused with state policy,” Zarif tweeted Friday. “As Iran’s foreign minister and chief nuclear negotiator, I will shortly present our constructive concrete plan of action – through proper diplomatic channels,” the diplomat added.

But those opinions should NOT be confused with state policy

In an interview with the Financial Times published earlier Friday, Rezaei, a possible candidate in Iran’s upcoming June presidential elections, indicated that Tehran would be willing to resume talks with the US on the JCPOA if Washington and its European allies provided a “clear signal” that sanctions would be lifted within a one-year period.

“They can announce and reassure us that all sanctions imposed after the JCPOA would be lifted in less than one year and tell us to go and negotiate this process,” Rezaei, a retired military officer who commanded the Revolutionary Guards between 1980 and 1997, said.

“We have to see every month during the talks that some sanctions which are of urgency to us are being lifted,” Rezaei said. “For instance, sanctions on financial transactions and restrictions that European banks have imposed should be lifted in the first month. Oil exports are also among our top priorities.”

FT interpreted Rezaei’s comments as “the clearest indication yet of the Islamic Republic’s willingness to engage with the US.”

Iranian Foreign Ministry spokesman Saeed Khatibzadeh told the business newspaper that “all foreign policy issues are conveyed only through official channels,” and added that Mr. Rezaei “has no direct or indirect responsibility” for foreign policy.

Zarif’s correction of Rezaei is the second time in a month that the Foreign Ministry has sought to clarify the remarks of other senior Iranian officials.

Iran’s Intelligence Minister Reveals Circumstance Under Which Tehran Would Pursue Nukes
Last month, after Intelligence Minister Mahmoud Alavi suggested that Iran might drop its commitment not to pursue nuclear weapons if the West continued to try to “corner” the Islamic Republic, Khatibzadeh told reporters that “Iran’s position remains unchanged,” and that the country’s nuclear activities “have always been peaceful and will remain peaceful.”

Iran’s leaders and the Biden administration have been locked in a dispute on the terms of one another’s return to compliance with the JCPOA for well over a month now. On the campaign trail, Joe Biden promised to work to return to the landmark 2015 agreement immediately after stepping into office. Since January, however, Washington has indicated that it would not take steps to return to the treaty until Iran returned to compliance with the JCPOA’s terms on uranium enrichment and stockpiling. Tehran says it will not cut down its enrichment activities unless America lifts its illegal sanctions first.