Hot, Rocky 'Super-Earth' May Offer Clues in Hunt for Alien Life Beyond Our Solar System 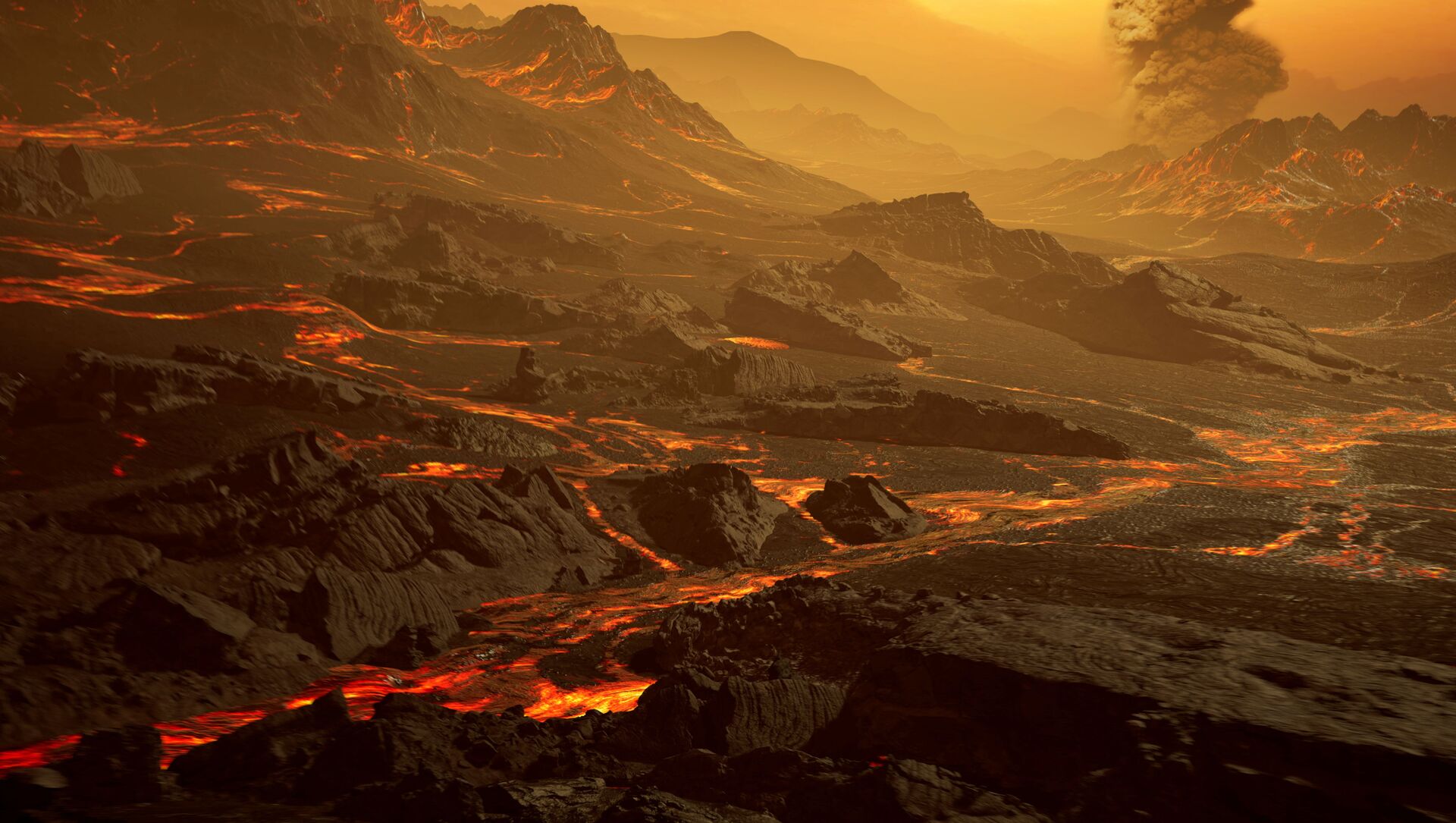 Svetlana Ekimenko
All materialsWrite to the author
The exoplanet, spotted orbiting a star relatively near our solar system, has been hailed as potentially presenting a prime research target that could aid in the hunt for extraterrestrial life.

An exoplanet with a mass 2.8 times that of planet Earth and dubbed Gliese 486 b could prove ideal research material in the hunt for extraterrestrial life, scientists have announced in new research.

Classified as a ‘super-Earth’ and located about 26.3 light years (5.9 trillion miles or 9.5 trillion km) from Earth, the rocky celestial orb is among the closest exoplanets. It orbits a ‘red dwarf’ star that is smaller, cooler and less luminous than our sun.

​Researchers, who published their findings in the journal Science on 5 March, believe that the surface of the hot and dry exoplanet is inhospitable, most likely riddled with rivers of lava flowing across its surface.

However, despite not making it into the category of promising candidates as a refuge for life, its proximity to Earth and its physical traits render it a suitable study with the help of the next generation of space-borne and ground-based telescopes.

​NASA has slated the launch of its James Webb Space Telescope for October 2021. Further detailed studies of Gliese 486 b could provide scientists with data invaluable in deciphering the atmospheres of other exoplanets beyond our solar system, including those that may host extraterrestrial life.

“The exoplanet must have the right physical and orbital configuration to be suitable for atmospheric investigation,” said planetary scientist Trifon Trifonov of the Max Planck Institute for Astronomy in Germany, lead author of the research.

Gliese 486 b was touted as imbued with the potential of becoming something of a Rosetta Stone of exoplanetology by study co-author Jose Caballero of Centro de Astrobiología in Spain.

The astrophysicist was referring to the ancient stone slab inscribed with three versions of a decree issued in Egypt in 196 BC during the Ptolemaic dynasty that helped experts decipher Egyptian hieroglyphs.

To date, scientists have discovered more than 4,300 exoplanets, with some of the large gas planets similar to our solar system’s Jupiter. 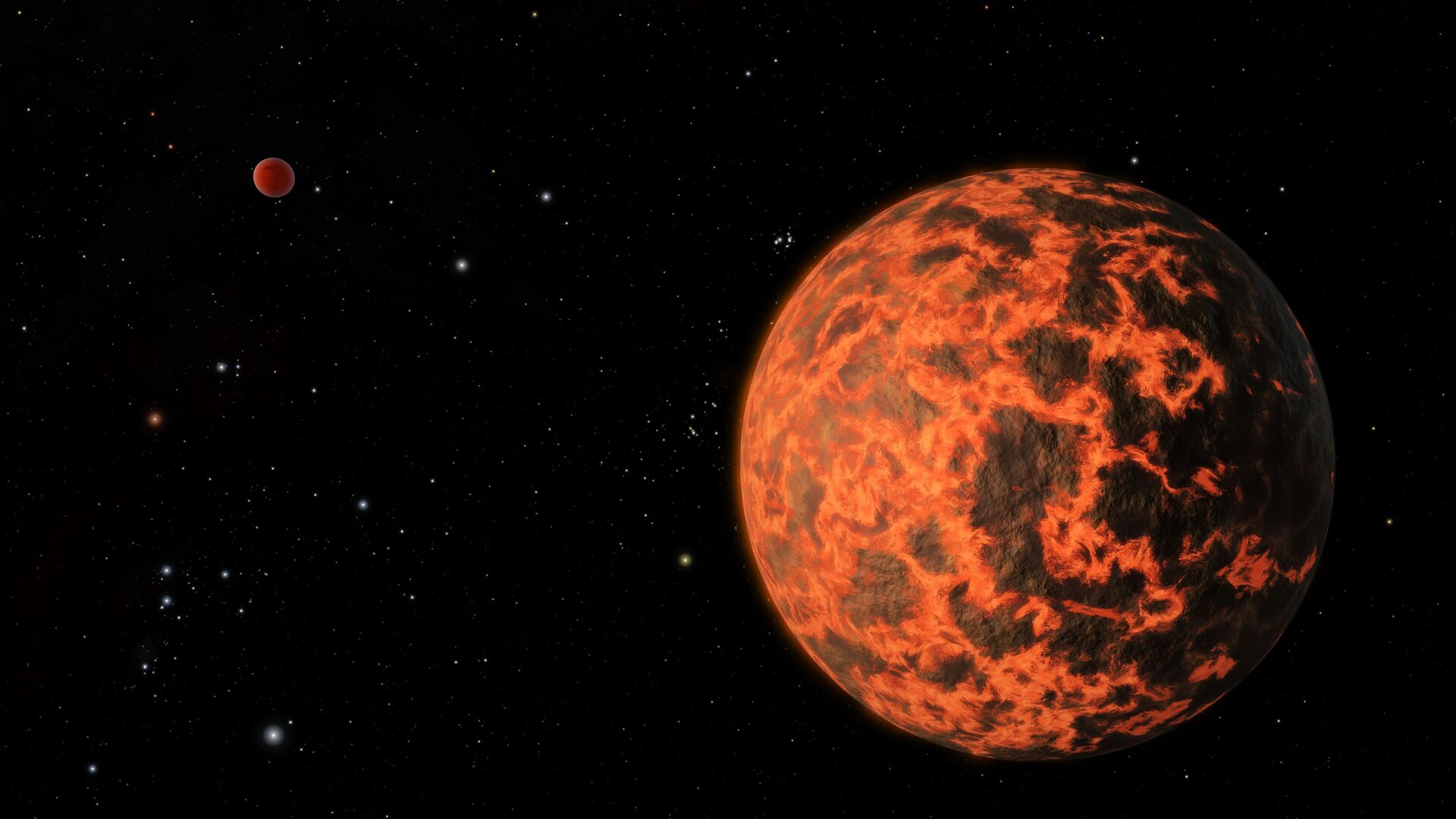 Other exoplanets were smaller, rocky worlds, immediately sparking speculation that they might harbor life.
Currently available scientific instruments fall short of the requirements needed to study their atmospheres.

However, great hopes are pined on the upcoming James Webb Space Telescope and the future Extremely Large Telescope, an astronomical observatory now under construction in Chile.

The innovative five-mirror design of the Extremely Large Telescope requires the largest ever secondary mirror with a 4.2-metre diameter.

​Gliese 486 b is a rocky planet, thought to have a metallic core, and orbits very close to its home star.

Accordingly, the heavily irradiated surface is suggested as having a temperature of about 800 degrees Fahrenheit (430 degrees Celsius). The exoplanet’s surface gravity may be 70 percent stronger than planet Earth’s.

“Gliese 486 b cannot be habitable, at least not the way we know it here on Earth. The planet possibly only has a tenuous atmosphere, if any. Our models are consistent with both scenarios because stellar irradiation tends to evaporate atmospheres, whereas, at the same time, the planetary gravity is strong enough to retain it,” said Trifonov.

Gliese 486 b could prove ideal for studying the atmosphere of an Earth-like planet. Secrets pertaining to a planet’s habitability can be revealed by analysis of the chemical composition of an atmosphere.

A potential indication of life could be the combination of gases such as oxygen, carbon dioxide and methane, like that of our own planet, in the atmosphere of Earth-like exoplanets such as Gliese 486 b.

“All that we learn with the atmosphere of Gliese 486 b and other Earth-like planets will be applied, within a few decades, to the detection of biomarkers or biosignatures: spectral features on the atmospheres of exoplanets that can only be ascribed to extraterrestrial life,” added study co-author Jose Caballero.