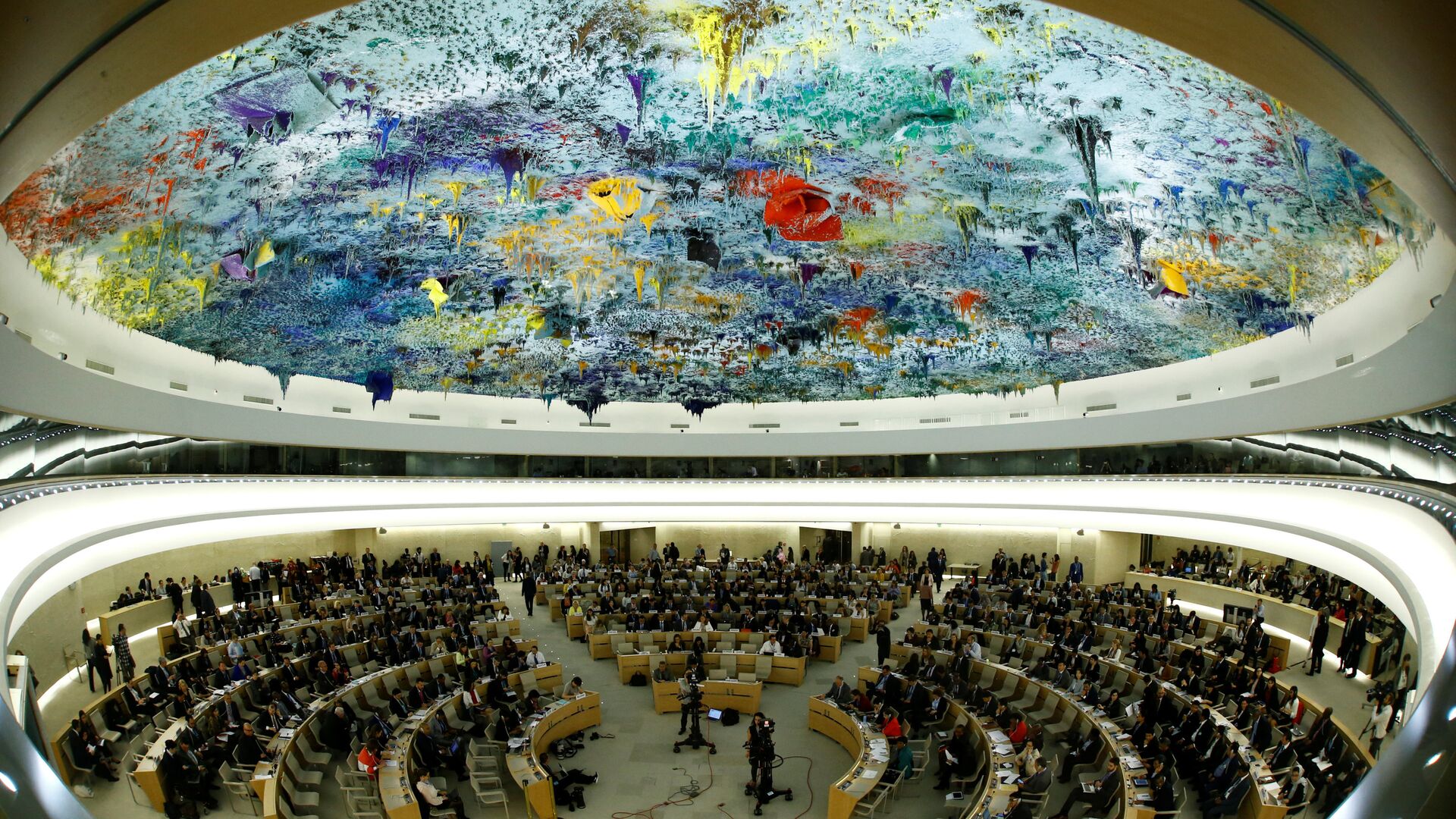 Demond Cureton
All materialsWrite to the author
The statement, backed by 70 nations, praised Hong Kong authorities for lifting the special administrative region "out of chaos" and restoring stability following Beijing's National Security Law, a top Chinese spokesperson told the media on Friday.

"Once again, the UN Human Rights Council was echoed with calls for justice jointly uttered by a great number of developing countries", the spokesperson said, adding: "We urge the relevant parties to strictly observe international law and basic norms governing international relations, and stop interfering in Hong Kong affairs and China's internal affairs in any way".

The comments come after he told told the media in a separate press conference unilateral sanctions from foreign governments were a violation of the United Nations Charter and international law.

"In disregard of the purposes and principles of the UN Charter and norms governing international law, certain country launched unilateral sanctions against other countries by wantonly citing human rights as an excuse," he said.

The measures proved unilateral sanctions had "gravely" impacted the global economic order, "severely" undermined national efforts to mobilise resources and were a "continuous, systemic and large-scale violation of human rights", he said.

Unilateral sanctions had led to food and medicine shortages for "tens of millions of people", endangering vulnerable groups as well as worsening poverty and inequality, among other things, Wang said.

"China is consistently opposed to unilateral sanctions. We urge the relevant country to heed the just voice of the international community and immediately stop unilaterally imposing coercive measures," he concluded.

British FM Raab Calls on UN to Probe China's Alleged Rights Violations in Xinjiang as Tensions Soar
The news follows statements from numerous leaders, including UK foreign secretary Dominic Raab, who called on the UNHRC in February to confront China on alleged human rights abuses in Xinjiang and Hong Kong.

"No one can ignore the evidence anymore", Raab said at the event, citing a UN report backed by Human Rights Watch and others.

The UK House of Lords passed an amendment in early February banning UK firms from doing business with countries accused of violations.

Canadian lawmakers also urged a boycott of the 2022 Winter Olympics in Beijing in early February based on similar allegations.

China to Cut 117 Seats In Lawmaking Body Tasked With Electing Hong Kong Chief Executive, Report Says
The 46th session is taking place in Geneva from 22 February to March 23 and is being heard from UNHRC president Nazhat Shameem Khan, UN General Assembly President, Volkan Bozkir, UN High Commissioner for Human Rights Michelle Bachelet, UN Secretary-General António Guterres and Swiss envoy and head of the Federal Department of Foreign Affairs Ignazio Cassis, among others.
Newsfeed
0
Access to the chat has been blocked for violating the rules . You will be able to participate again through:∞. If you do not agree with the blocking, please use the feedback form
The discussion is closed. You can participate in the discussion within 24 hours after the publication of the article.
To participate in the discussion
log in or register
loader
Chats
Заголовок открываемого материала