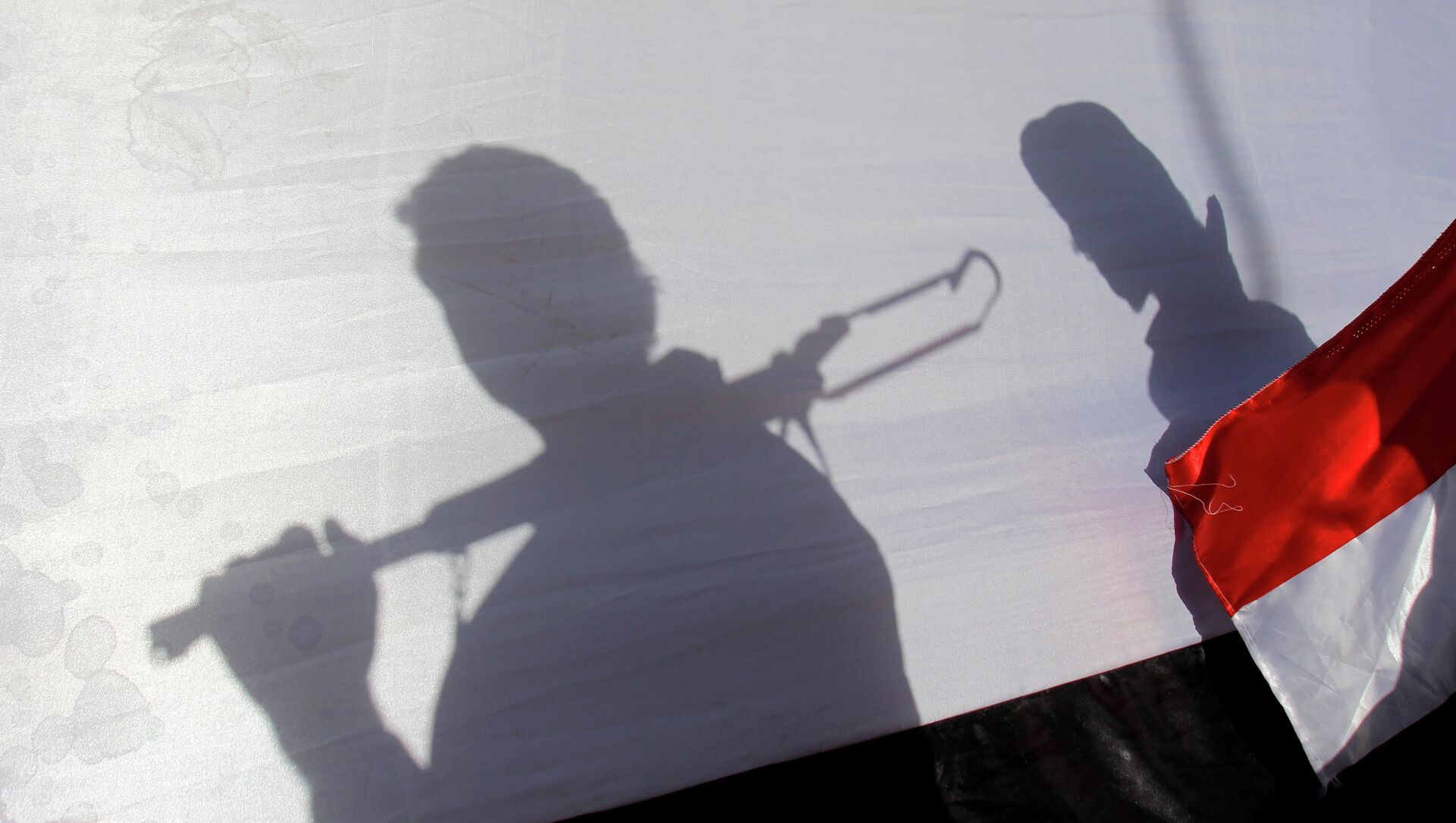 © AP Photo / Hani Mohammed
Subscribe
International
India
Africa
Morgan Artyukhina
All materialsWrite to the author
The Saudi-led coalition has waged an unrelenting air campaign against the Houthis since 2015 that has nonetheless failed to stop the Houthis’ slow accumulation of territory, much less caused its collapse. However, it has created the world’s worst humanitarian crisis, according to the UN.

The Yemeni Houthi movement has claimed to control most of Marib, a key city in northern Yemen the militant group has attempted to capture for more than a year.

"Most of Marib is now in the hands of the [Houthis],” Hussein al-Ezzi, the Houthis’ deputy foreign minister, told CNN Wednesday.

“There are 14 districts that make up Marib, only two are controlled by the [internationally recognized government] including the city center, two others are battlefields and the rest of the districts are under Houthi control," he added.

The city sits on the eastern flank of Houthi territory, about 120 kilometers east of the capital of Sana’a, and is the largest city in northern Yemen still controlled by the government of President Abdrabbuh Mansour Hadi, who was ousted in early 2015 by the Houthi movement. However, it is also the capital of an oil-rich governorate and a key logistics hub for the region.

Amid a renewed offensive last month, government forces supported by the Saudi-led coalition against the Houthis rushed into Marib to defend the city; the Houthis claimed Daesh forces were among them.

The city has been a haven for refugees fleeing the conflict in other areas and its population has swollen far beyond its modest peacetime population of 16,000, and as the Houthis have closed in, there have been concerns about a large exodus of civilians amid an already-disastrous humanitarian situation.

"Ma'rib Governorate already hosts an estimated one million Internally Displaced Persons [IDPs] - the largest IDP population in Yemen according to local authorities - and some live in approximately 125 IDP sites," the United Nations' International Organization for Migration said on February 27.

The Houthis have said the Marib operation is essential to their push for the Saudi-led coalition to end its blockade of Yemen, which is responsible for greatly exacerbating the humanitarian crisis by restricting food and medicine imports. More than 100,000 people have died in the conflict, nearly all of them Yemenis, and millions more are threatened with hunger and diseases such as dysentery and cholera, in addition to the COVID-19 pandemic.

However, some have challenged the Houthis’ claims. Ali Al-Sakani, a former journalist for Al-Masdar News and regular commentator on the activities of the Yemeni government, said on Wednesday that the Houthis had only captured five of Marib’s districts, two of which it has controlled since the start of the conflict in 2015.