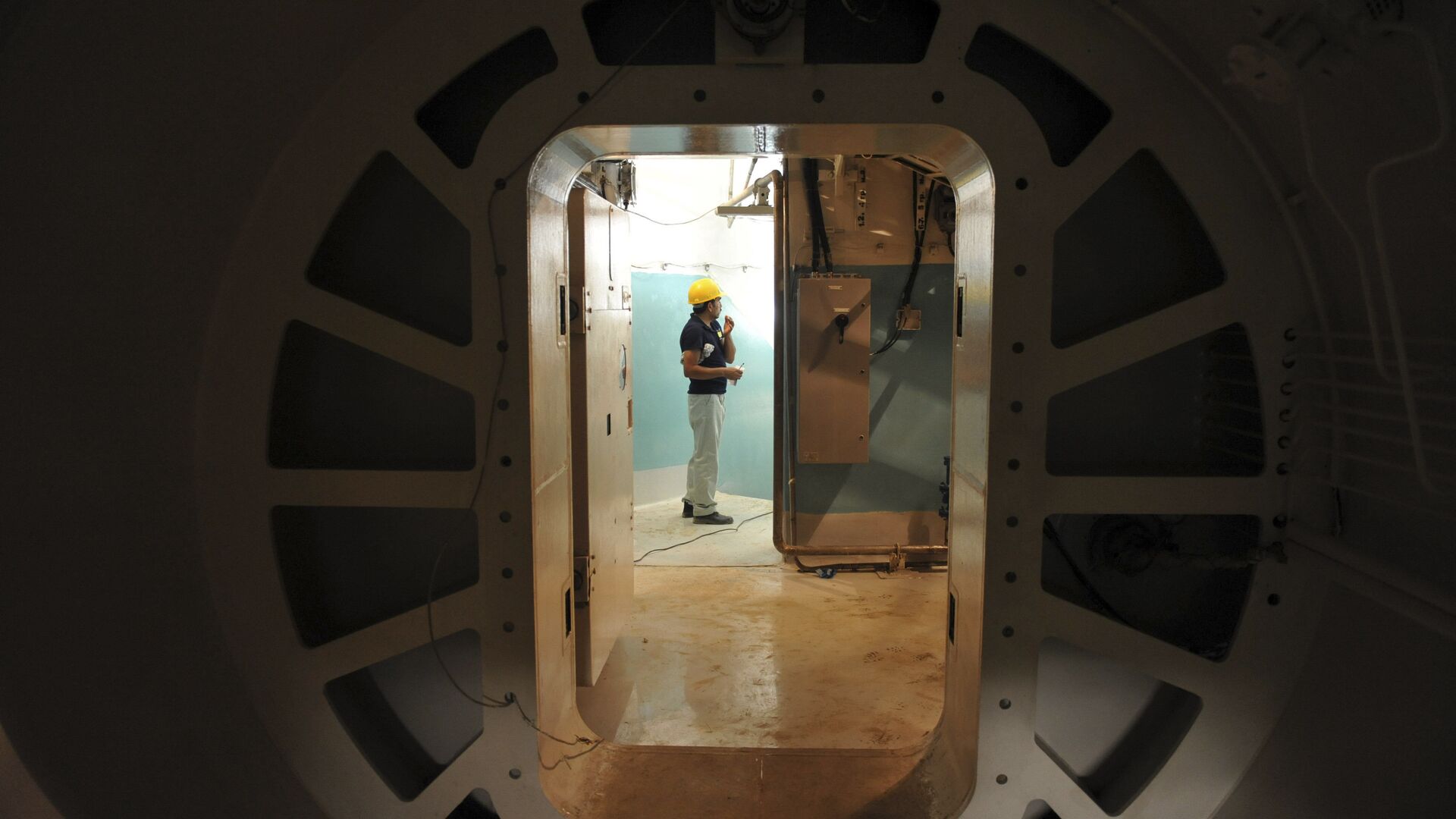 Ilya Tsukanov
All materialsWrite to the author
Earlier, the three European signatories to the Joint Comprehensive Plan of Action, Iran's nuclear deal, also known as the E3, voiced their intention to push a US-backed resolution expressing "serious concern" about Iran's decision to curb cooperation with the nuclear watchdog at this week's Vienna meeting of the International Atomic Energy Agency.

The E3 have dropped plans to push the passing of a resolution attacking Iran over Tehran's recent moves to scale back cooperation with the IAEA at the agency's board of governors meeting, Reuters and AFP have reported, citing diplomatic sources.

Brussels-based Wall Street Journal reporter Laurence Norman indicated that "sources" told him that "US caution" over the possible Iranian reaction to an E3 resolution condemning Tehran "played an important role" in the European decision. This doesn't account for reports that Washington itself backed the draft resolution in the first place.

IAEA chief Rafael Grossi is expected to hold a news conference later in the day.

'IAEA No Place for Political Games'

Also on Thursday, Iranian President Hassan Rouhani appealed to the E3 to urge them to recognise that US actions, not those of Iran, are responsible for Tehran's recent moves in the nuclear sphere.

"The IAEA is not a place for political games, and the three European countries should realise that the IAEA is a technical institution and should allow it to go ahead with its technical job," Rouhani said.

"Our nuclear activities are 100 percent peaceful as always, and the IAEA is going ahead with its monitoring work," the president added, referring to the nuclear watchdog's continued right to carry out inspections at Iranian nuclear facilities (but only after giving Tehran advance warning).

"Of course, if the IAEA's monitoring work is not at the agency's desired level, the US and its sanctions against Iran are to blame. If these sanctions are removed, relations with the IAEA will get warmer and its inspectors can continue their monitoring work within the framework of the law," Rouhani stressed.

The president also reiterated that the Islamic Republic will immediately return to full compliance with the terms of the nuclear deal once Washington lifts its crushing, "illegal" sanctions.

Rouhani to US: Please don’t waste time... procrastination benefits no one! pic.twitter.com/id3EsrSMif

The E3's reported change of heart follows an appeal by Mikhail Ulyanov, Russia's permanent representative to international organisations in Vienna, urging the Western European JCPOA signatories not to move forward with their plans to issue the draft resolution. "If you are not ready to be associated with a possible international crisis, let's refrain from hasty actions. Let's give a chance for diplomacy," Ulyanov wrote.

World
Russian Envoy Urges IAEA Not to Adopt ‘Stupid Resolution’ on Iran to Avoid International Crisis
On Monday, the UK, France and Germany announced plans to table a resolution before the IAEA's 35-member board of governors meeting in Vienna later this week criticising Iran's decision to reduce cooperation with the nuclear watchdog. The resolution reportedly proposed expressing "serious" and "deep" concerns over Tehran's nuclear activities, including its alleged failure to explain traces of uranium found at three old nuclear sites.

Tehran warned the E3 against moving forward with the resolution, and urged the JCPOA signatories to recognise "the value of fleeting moments," presumably in reference to the ever-shrinking chances for the restoration of the nuclear deal amid US intransigence.

On the campaign trail in 2020, Joe Biden promised to immediately move toward returning the United States to the Iran nuclear agreement, which had been scrapped by his predecessor Donald Trump in 2018. In office, however, Biden has indicated that a US return to the agreement must be preceded by Iran dramatically reducing its uranium enrichment and stockpiling activities. Tehran has rejected these demands, and countered by saying that it's up to Washington to lift its sanctions against Iran first.

In January, Iran reported increasing its uranium enrichment capabilities to a level of 20 percent. Last month, the country halted its voluntary implementation of the Additional Protocol to the Non-Proliferation Treaty's Safeguards Agreement, thus blocking IAEA inspectors from carrying out short-notice inspections of its nuclear facilities. Despite these steps, Iran continues to maintain that it has no plans to pursue nuclear weapons.