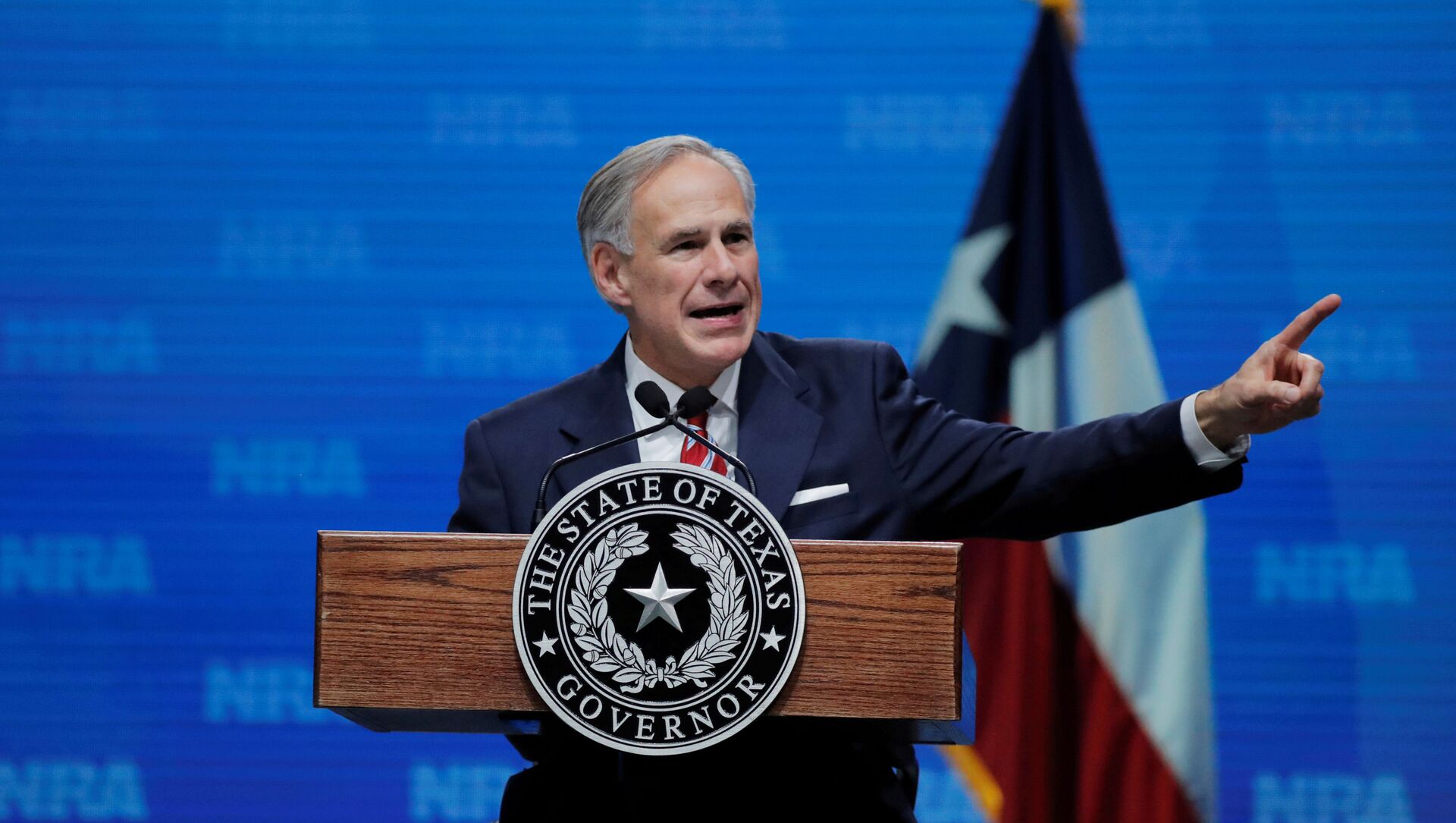 Evan Craighead
All materialsWrite to the author
Responding to reporters' questions Wednesday, US President Joe Biden made loose reference to Texas Governor Greg Abbott's decision to lift the state-wide mask mandate, dubbing such a decision as the product of "neanderthal thinking." As of this article's publication, only around 8% of its 29 million residents have been fully inoculated.

Abbott went on the defensive Thursday and told hosts of "Fox & Friends" that the lifting of the mask mandate - set to begin March 10 - "really wasn't all that much different from where we were before."

"Texans have learned the best practice, and that is to wear a mask," he asserted, emphasizing that the state government will still "strongly recommend that people do wear a mask."

The Texas governor also slammed Biden's Wednesday remarks as both unpresidential and poorly-timed.

"First, it obviously is not the type of thing that the president should be saying. But, second, he kind of said it on the worst day he could have, because the same day he said that in Texas, the Biden administration was releasing illegal immigrants into our communities who had COVID," Abbott said Thursday, repeating his previous claim that the administration "recklessly" released "hundreds" of COVID-infected immigrants into Texas communities.

Some 108 migrants have tested positive for COVID-19 at this facility alone, according to a spokesperson for Brownsville.

"The City of Brownsville continues to follow all guidelines provided by the CDC and DSHS for Covid-19. The migrants who test positive at the B-Metro facility are advised of quarantine procedures and are asked to socially distance," Felipe Romero, communications and marketing director for Brownsville, told NBC News.

While political opposition is somewhat expected, Gregg Popovich, head coach of Texas' San Antonio Spurs, has also spoken out against the governor's decision and suggested that it will be harder for businesses to enforce their mask policies without the mandate.

"People that didn't want to wear masks in the first place, how do the businesses get them to wear masks? Well, now they don't have to. So now there will be more infections, one would think," the National Basketball Association coach said earlier this week, as reported by NBC News.

"When all of a sudden we act like it's over with, when all the science tells us the opposite, it's basically you're saying: 'You get infected, you die, it's the way it goes. We got to open up,' " the Spurs coach continued. "That's not the way to do it. This is really ridiculous."