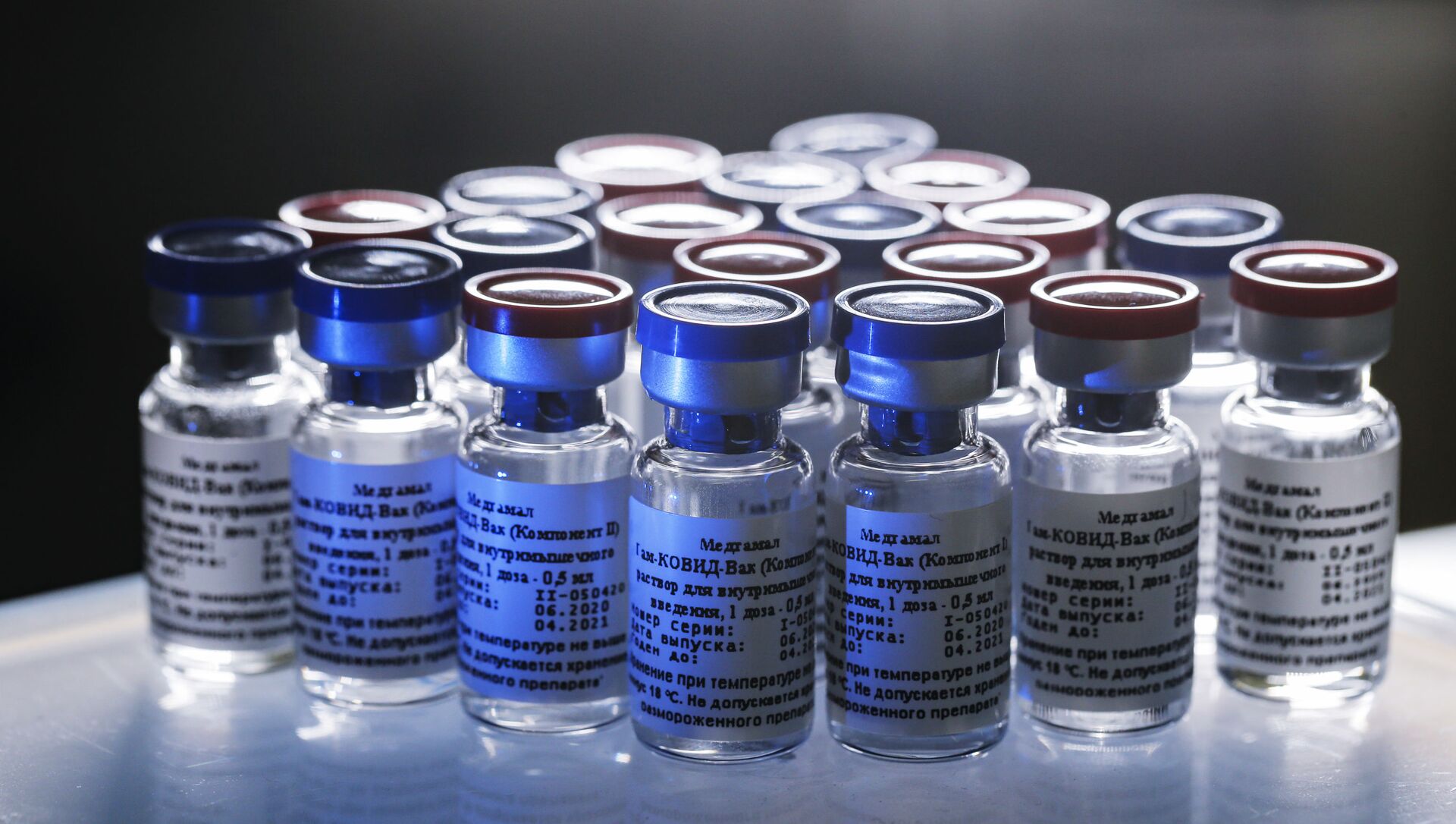 © Photo : RDIF and Gamaleya Research Centre
/
Go to the mediabank
Subscribe
International
India
Africa
MOSCOW (Sputnik) - Russia will be able to supply its Sputnik V coronavirus vaccine to 50 million EU residents starting from June after the European Medicines Agency (EMA) approves the vaccine, the head of the Russian Direct Investment Fund (RDIF) said on Thursday, stressing that vaccine partnership should be above politics.

EMA has started the rolling review of the Russian vaccine, it will be tested for compliance with the EU standards for effectiveness, safety and quality. RDIF CEO Kirill Dmitriev welcomed the start of the procedure, noting that RDIF provided EMA with comprehensive data on the vaccine — " which is now approved for use in more than 40 countries."

"Sputnik V can make an important contribution to saving millions of lives in Europe and we are looking forward to a thorough review of data by CHMP [EMA's Committee for Medicinal Products for Human Use]. Vaccine partnerships should be above politics and cooperation with EMA is a perfect example demonstrating that pooling efforts is the only way to end the pandemic," Dmitriev said in a press release.

Dmitriev has assured earlier that large-scale vaccine deliveries to the EU will start only after all the Russians willing to be inoculated receive vaccine shots.

The decision to start the rolling review is based on results of laboratory and clinical studies of the vaccine in adults, RDIF said.

"EMA will assess Sputnik V’s compliance with the usual EU standards for effectiveness, safety and quality," the press release read on.

RDIF announced it had submitted the information to the EMA for the rolling review in January. Since then, however, there have been multiple reports suggesting that the agency hadn't received any application. Notably, the start of Sputnik V’s rolling review indicates that the application had been submitted, and proves the RDIF’s intention to comply with the EMA’s requirements for the vaccine’s approval.

Dozens of countries, including European ones, have expressed willingness to acquire the vaccine to speed up inoculation rollouts as the bloc struggles with vaccine shortages.