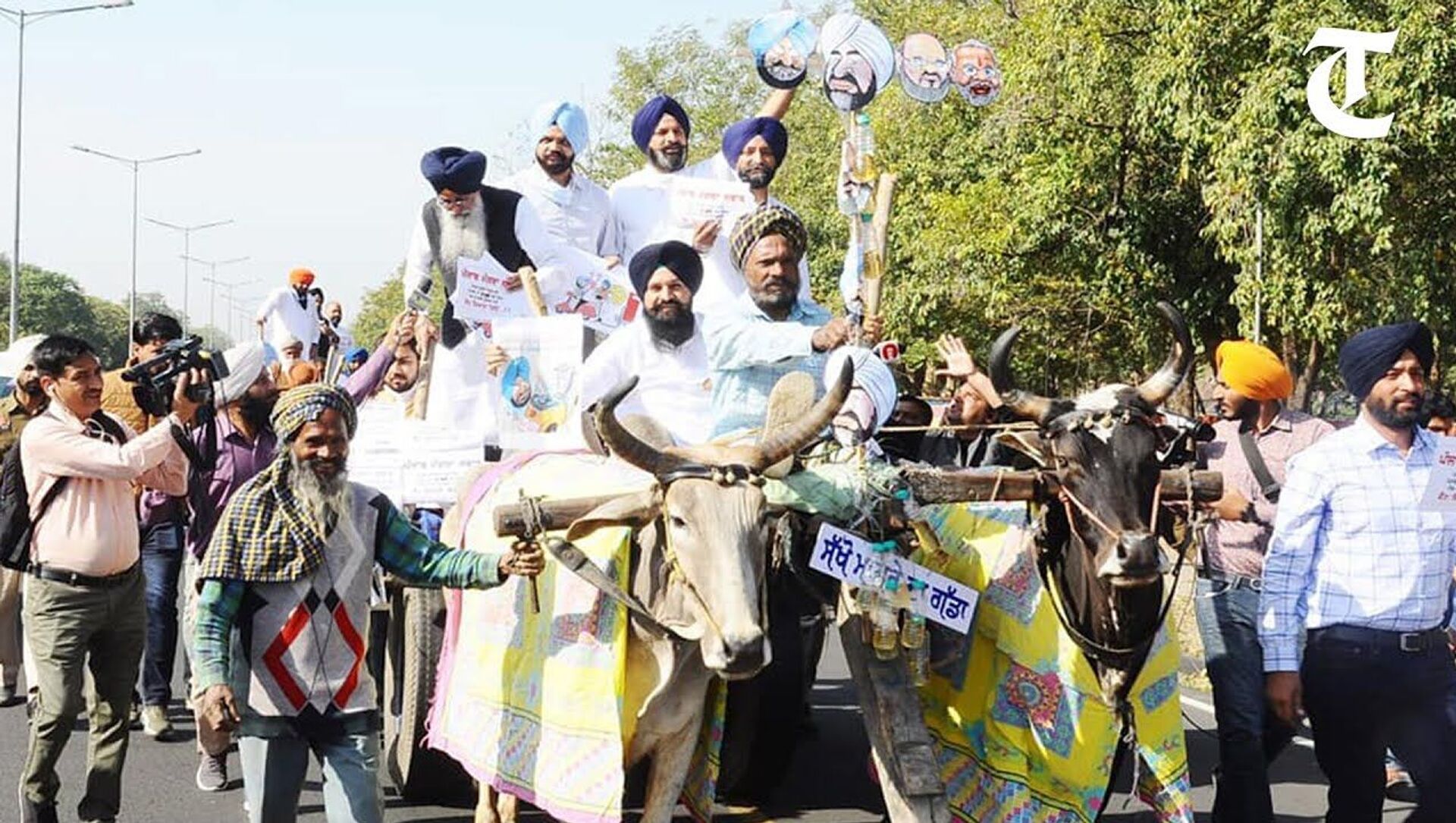 Priya Yadav
All materials
Petrol and diesel prices in India have been increasing over the past nine months - the issue has become a sore point with the public and there is growing clamour that the high rates of taxation, which account for more than 50 percent of the fuel rates, be lowered.

Lawmakers in the Indian state of Punjab on Thursday protested in a unique way against the fuel price hike by riding to the state parliament on a bullock cart.

The wagon, drawn by two bulls, was festooned with caricatures of Punjab State chief Captain Amarinder Singh, State Finance Minister Manpreet Singh Badal, Prime Minister Narendra Modi and federal Home Minister Amit Shah. These were stuck in a cross shape on a pole from which were also hanging a few half-empty bottles of petrol and diesel. Three words were written on the cart - "Jatt Da Gadda" (Donkey belonging to a Jatt - a social group in northern India).

About a dozen legislators from the regional Shiromani Akali Dal party took part in the demonstration, including Bikramjit Singh Majithia who served as a cabinet minister in the previous state government.

Another passenger of the cart, Lakhbir Singh Lodhinangal, told Sputnik: "The rates of fuel are so high that we will have to go back to the modes of traditional transport such as bullock cart which does not need petrol or diesel. This is a symbolic protest to highlight the plight of people."

​The legislators chose to ride the bullock cart to the state Assembly as discussions on the Budget were taking place. Inside the Assembly, the legislators staged a walk out after demanding that 27.26 percent value added tax on diesel petrol prices be lowered to bring the cost of fuel down.

The increase in fuel prices has caused protests across the country. On Wednesday, a dawn-to-dusk strike of motor vehicles was observed in the state of Kerala by trade unions demanding fuel prices be slashed. The strike stymied public services and several exams which had been scheduled to take place that day for pupils in higher secondary classes had to be postponed.