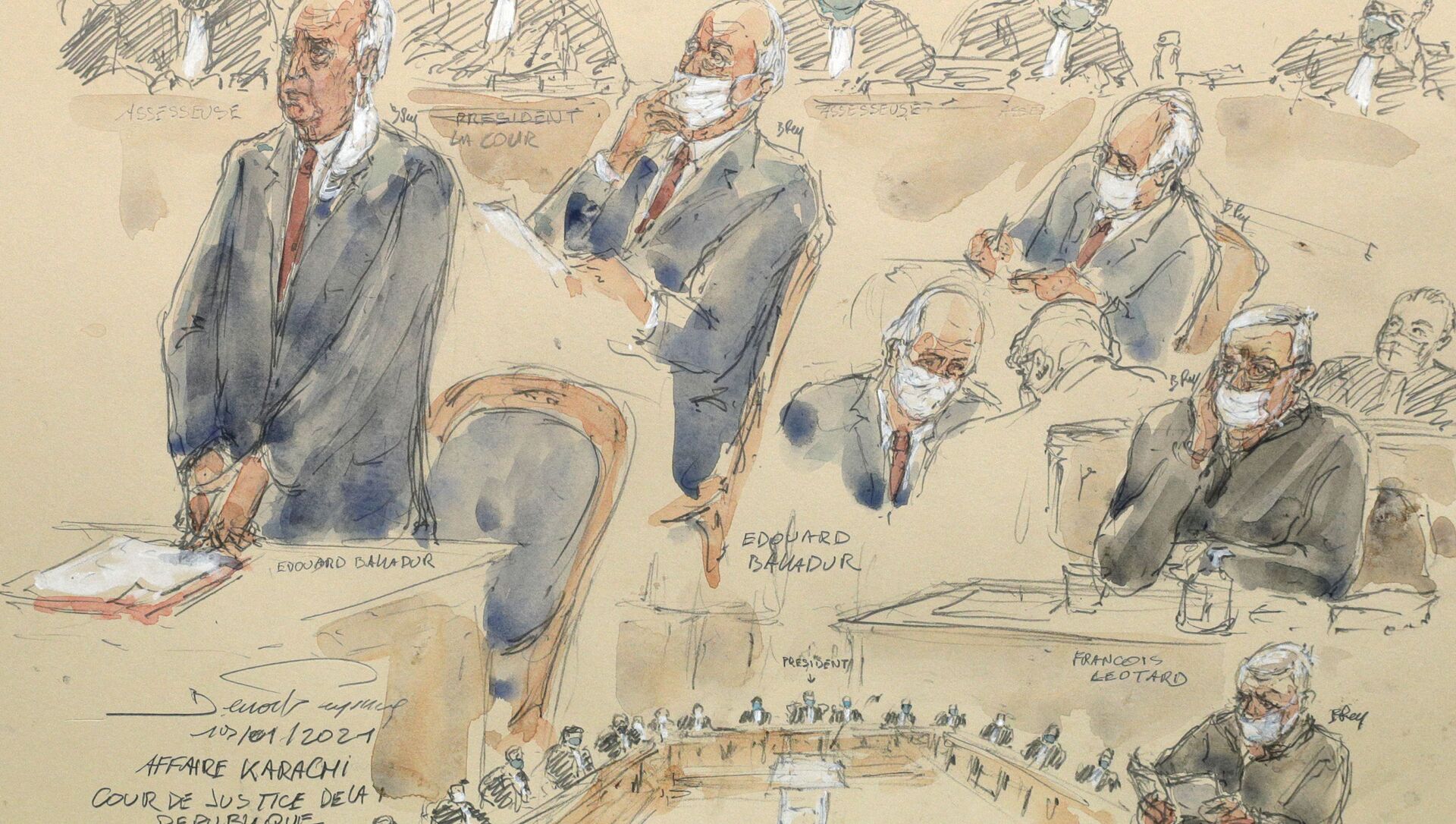 © AFP 2023 / GEOFFROY VAN DER HASSELT
Subscribe
International
India
Africa
Sofia Chegodaeva
All materialsWrite to the author
Along with the former French prime minister Edouard Balladur, Leotard is accused of involvement in the payment of kickbacks totalling 2 million euros relating to the sale of French submarines to Pakistan.

The former French Defence Minister Francois Leotard has been given a two-year suspended sentence and a fine of 100,000 euros in the corruption trial which has come to be known as the "Karachi affair".

The 78-year-old former minister was convicted of complicity "in the misuse of corporate assets" over the sale of submarines to Pakistan and frigates to Saudi Arabia between 1993 and 1995.

The 91-year-old former prime minister Edouard Balladur was acquitted. He was found innocent by the Law Court of the Republic (CJR), which tries serving and former ministers for alleged violations committed while in office.

Neither Leotard nor Balladur was present in court for the verdict.

In 2017, Leotard and Balladur were charged with misusing corporate assets while negotiating the sale of Agosta submarines to Pakistan and frigates to Saudi Arabia back in the 1990s. At the time, France was competing for defence contracts with the UK and the Pakistani politicians were bribed to ensure they chose the French submarines.

The verdicts come in the wake of a conviction for former French president Nicolas Sarkozy on Monday, who was found guilty of corruption and sentenced to a three-year prison term. Sarkozy denies the charges and has vowed to clear his name.