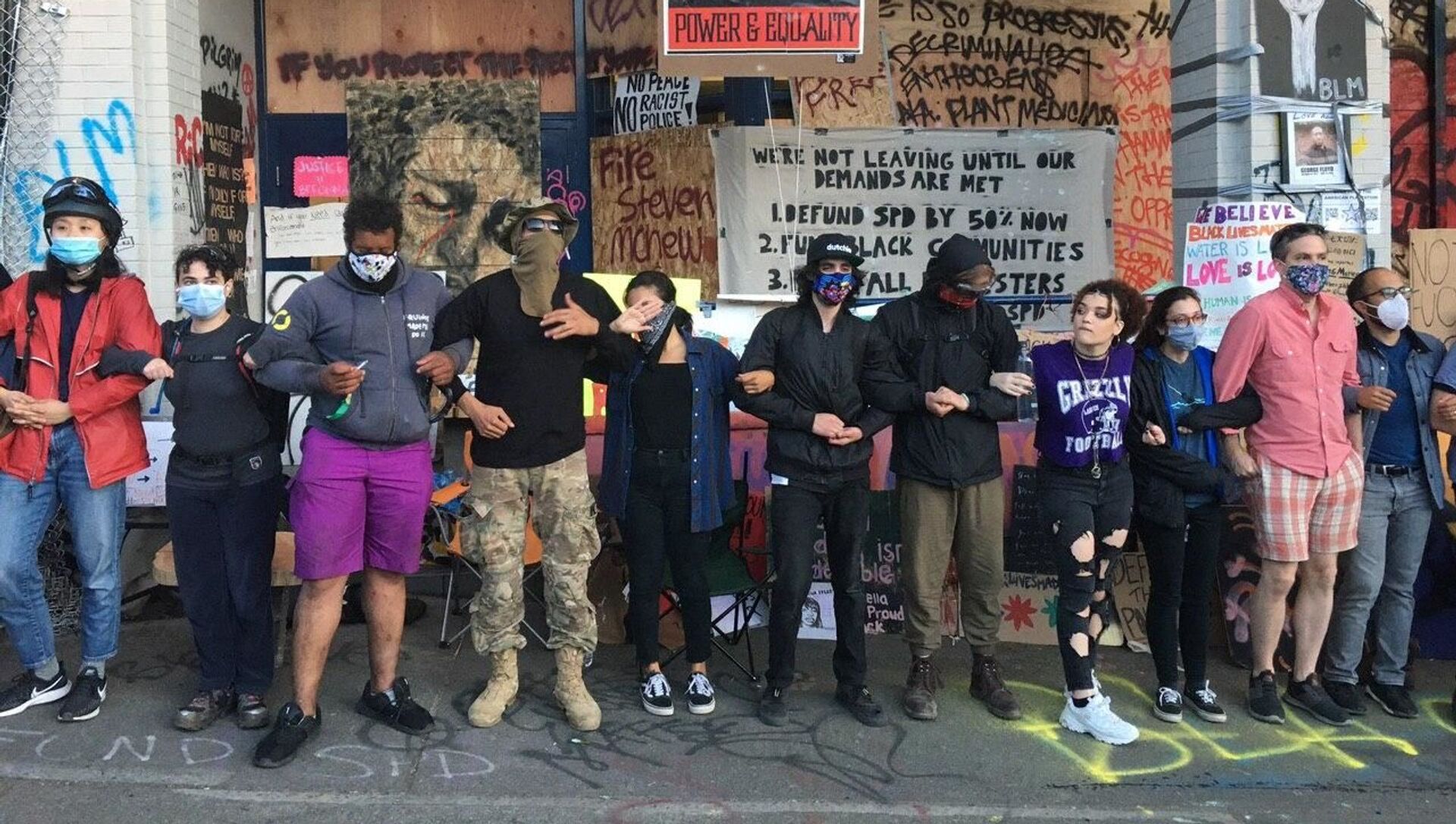 Ekaterina Blinova
All materialsWrite to the author
On 23 February, The Associated Press broke that the Black Lives Matter Global Network Foundation (BLMGNF), the one that is running the official Black Lives Matter website, had raised more than $90 million in 2020.

Out of the mind-boggling $90 million dollars obtained by the BLMGNF, $21.7 million was disbursed in grants to more than 33 organisations, while the foundation's own expenses amounted to approximately $8.4 million in 2020, according to a financial snapshot exclusively shared by the entity with AP.

Previously, the foundation was repeatedly subjected to criticism over the non-transparency of its funding and spending. The BLMGNF has vowed to be more open about such matters, according to AP. "Last summer, leaders sought nonprofit status with the IRS, which was granted in December, allowing the organisation to receive tax-deductible donations directly," the media outlet revealed, adding that "in the near future" the BLMGNF will file public 990 forms providing details about its organisational structure and spending.

How Exactly Did BLM Spend Its Money?

One might see a 990 report detailing the BLMGNF's spending of its $90 million worth of donations not later than 15 November 2021, suggests Wall Street analyst and charity fraud specialist Charles Ortel. In addition, individual states and localities where this supposed organisation may have operated and/or solicited donations require different sorts of filings, some of which are due by 15 May 2021, according to him.

"Moreover, if the purported charity actually derived $90 million or more in revenue, then a qualified and independent accounting firm would have to issue an audit of financial results while tax accountants normally would assist with filing federal and state tax filings and most of this information would be available to the public," the analyst notes.

However, to date, Ortel has found no evidence in open sources that a charity named the "Black Lives Matter Global Network Foundation" has been registered with the IRS in key states, including New York and California.

Ortel and Bishop questioned the BLMGNF tax-exempt status in June 2020, arguing that violence which accompanied the BLM summer demonstrations as well as the foundation's political activities and slogans contradicted the very idea of a "charitable organisation".

"Section 501(c)(3) organisations are precluded from, and suffer loss of exemption for, engaging in any political campaign on behalf of, or in opposition to, any candidate for public office," the IRS website warns.

The BLMGNF obtained a tax-exempt status under a fiscal sponsorship agreement with Thousand Currents, a 501(c)(3) nonprofit, in 2016. During the 2020 summer protests, the foundation and its fiscal sponsor came under the spotlight, prompting a heated debate about Thousand Currents' Vice Chair of the Board of Directors Susan Rosenberg. The latter was sentenced to 58 years in prison on weapons and explosives charges in 1985 and pardoned by President Bill Clinton in 2001. In late June 2020, the "board of directors" webpage that contained Rosenberg's photo and bio inexplicably vanished from the Thousand Currents' site.

Either the Tides Foundation or the BLMGNF itself should disclose information about the foundations' multi-million earnings by 15 November 2021, according to the analysts, who lament the fact that Thousand Currents had repeatedly failed to provide details on how the BLMGNF managed its funds. 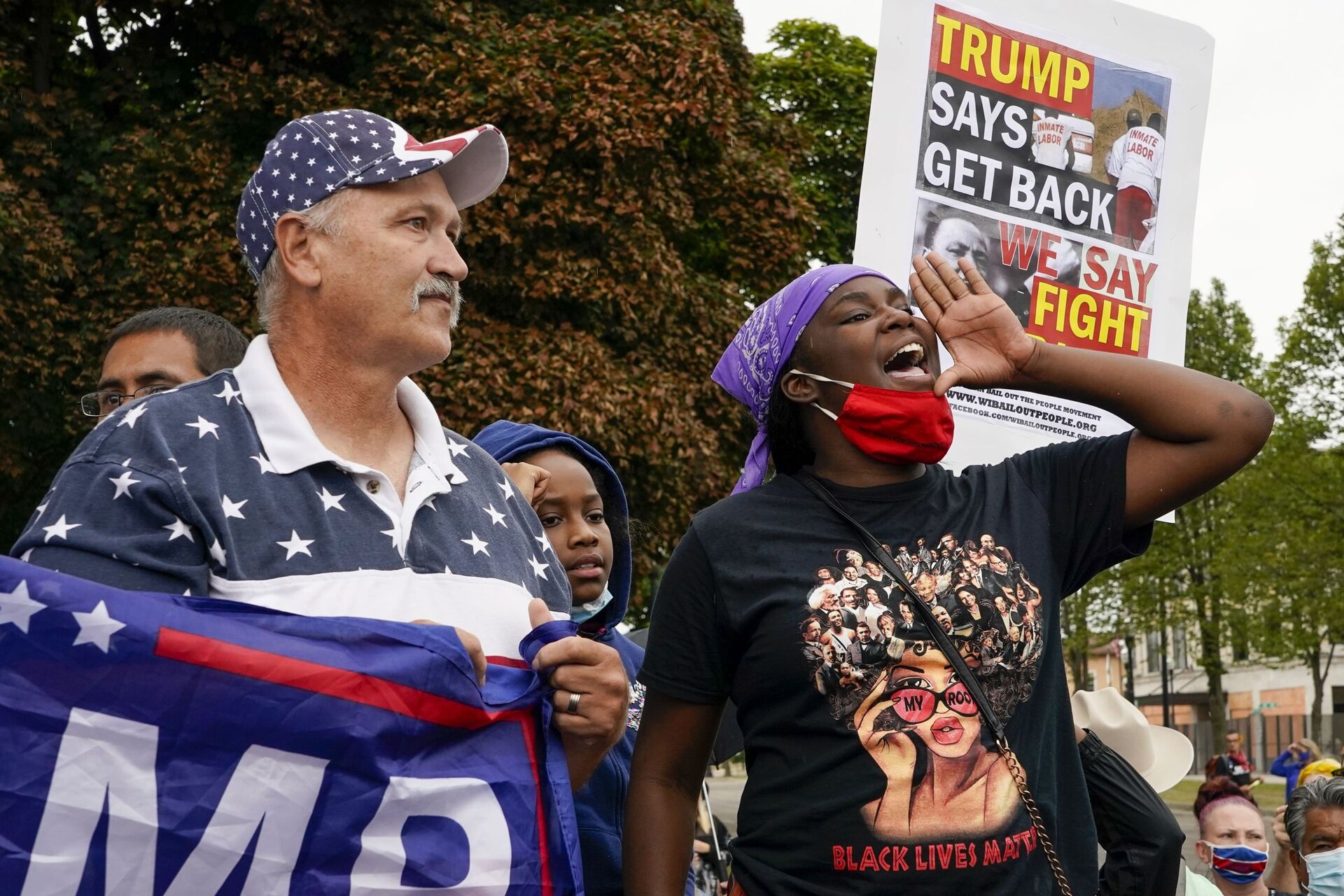 Meanwhile, at least a dozen Black Lives Matter groups complained that most BLM chapters had received little to no financial resources since the movement's inception in 2013, according to AP. For its part, the BLMGNF said that only a few of those organisations had been recognised as official network affiliates.

At the same time, although several chapters, including in the cities of Washington, Philadelphia and Chicago, were notified of being eligible for receiving funds in 2020, only one of them, a Denver-based BLM group, inked the agreement with the BLMGNF and got their money last September, according to AP.

Please understand that it’s the chapters that do the work. Blood, sweat and tears, when folks donate to BLM Global Network, it doesn’t go to us. #BLM10

Here is our collective statement:

​It is hardly surprising that the BLM movement's funding is mired in controversy, given that none of multiple Black Lives Matter organisations appears to be lawfully organised and operated in the country, the analysts emphasise.

"Loose associations of individuals and groups are not eligible for tax-exemption, whether federally, state by state or locally," says Ortel. "The potential for fraud here is massive, particularly given the large sums that donors have claimed they committed or sent towards the Black Lives Matter movement."

It seems unusual that the BLMGNF shared its financial docs with Aaron Morrison, national race & ethnicity writer for The Associated Press, "but the documents were not linked in the article to substantialise evidence that the BLMGNF is legally organised and operating as a nonprofit," notes Robert Bishop. Without those documents, it is hard to determine why the chapters refused to accept the funds, he underscores.

According to AP, the BLMGNF leadership acknowledges that "they have not been clear about the movement’s finances and governance over the years". However, the IRS is not rushing to subject the foundation's financial activities to scrutiny.

"There have been numerous referrals to the IRS about the legitimacy of BLMGNF, which apparently the IRS has decided to bestow special political privilege and exempt the organisation from following the IRS code," says Bishop.

In contrast, state and federal authorities have not missed an opportunity to resort to tough disciplinary actions against Trump charities, Ortel highlights. He explains that under the US law the IRS should impose large penalties against all charities "that are not, from inception, organised or operated afterwards in compliance with law".

"Responsible leaders in the Black community should demand that the IRS and Congress investigate what has actually happened to vast sums supposedly sent towards BLM 'charities'," the Wall Street analyst underscores. "Charity frauds will only escalate until charity fraudsters of all complexions and nationalities are brought to justice."