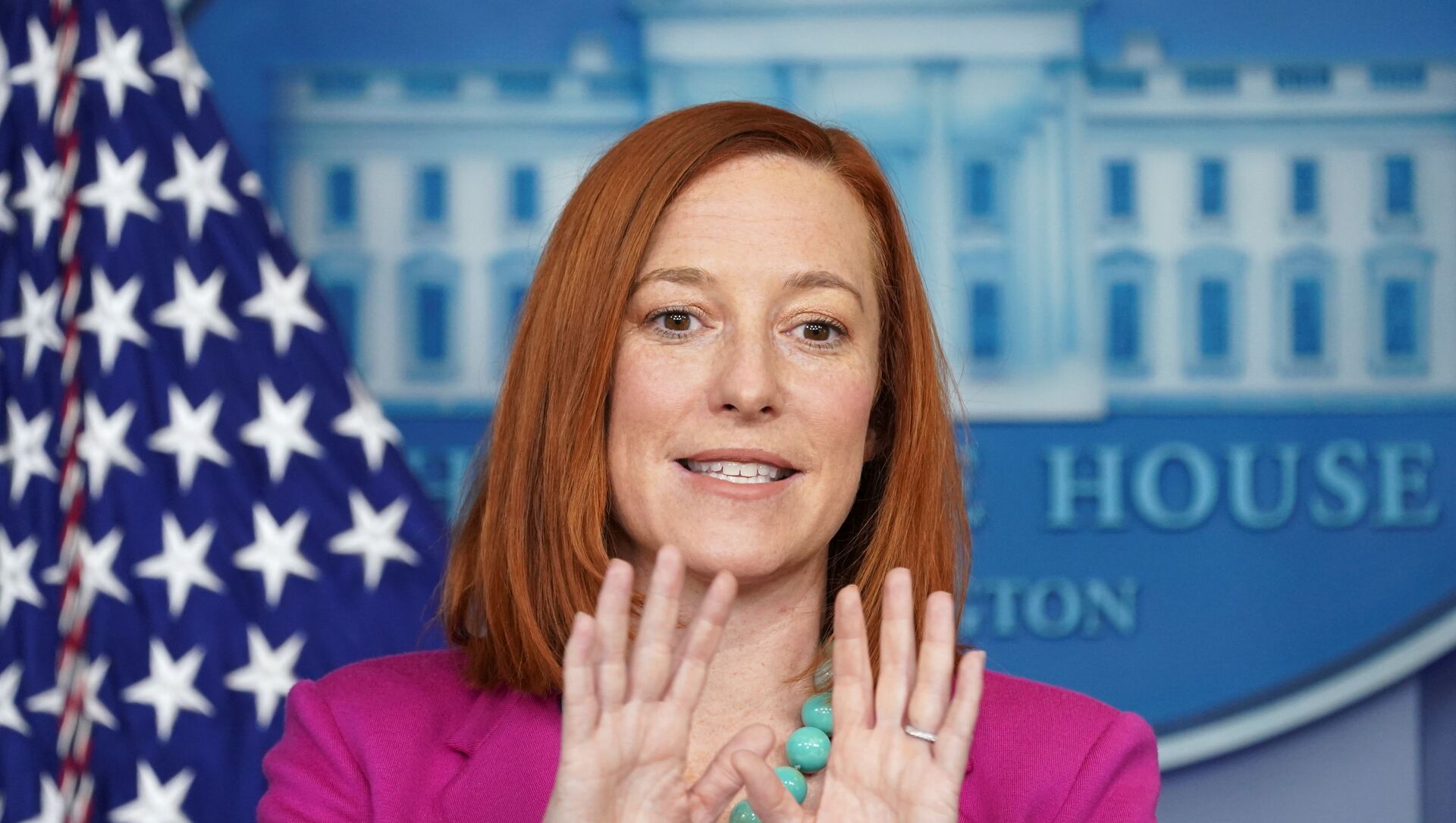 Ilya Tsukanov
All materialsWrite to the author
The Biden administration’s press team has repeatedly taken flak for its "blame Trump" approach to handling the national coronavirus emergency, repeatedly attacking the former president and his staff for their “disastrous” pandemic response, while continuing to pursue many of the same policies.

White House Press Secretary Jen Psaki has taken some friendly fire after appearing to give the Biden administration credit for a vaccine partnership between Johnson & Johnson and Merck despite the fact that it was in the works before Joe Biden took office.

Announcing the partnership in a press conference on Tuesday, Psaki said that “the fact that [these two companies] are coming together speaks to the ability of this administration, broadly, to bring them to the table and work together to address the pandemic in the country.”

Calling the partnership an “across-the-administration effort,” Psaki said she would not go into detail about who was responsible for what, “other than to say that when the president came into office, and as soon as we learned about the fact that Johnson & Johnson was behind in the manufacturing steps and efforts, we took steps to ensure we could expedite that and partner them with one of the world’s biggest manufacturers.”

When reminded by New York Times White House correspondent Michael Shear that it was the Trump administration that brokered the government deal for Johnson & Johnson vaccine, and that reports of the company’s talks began to appear just a day after Biden took office, Psaki became defensive.

“We wrote our first story…about a possible partnership between Merck and J&J for manufacturing, on January 21st. That was when it published,” Shear said. “My understanding is that talks between those companies had been in the works before that even, in terms of the corporate discussions between them. So, I mean, could you help explain how it is that the Biden administration deserves credit for bringing these two together, when it looks like the discussions had been underway long before you guys got here?” he asked.

“Well, Mike, just to be clear, I’m talking about when it was finalized so that we could move it forward. Of course, there are conversations between companies, but in terms of getting to a point- and obviously, the Johnson & Johnson vaccine was only approved last weekend – right? – and we were waiting on the FDA to make the final approvals of the vaccine,” Psaki explained.

Biden Press Secretary Jen Psaki is called out for Biden administration's taking credit on vaccines: happened “before you guys got here”https://t.co/BpF7UZeqW0 pic.twitter.com/CgnHP88fKR

The press secretary went on to say that is “a difference between conversations and it moving forward, and the use of the Defence Production Act – which is something this president, and not the prior president, committed to invoking.”

Psaki did not specify whether her remarks regarding the Defence Production Act were limited strictly to the Johnson & Johnson-Merck deal, which includes using the Act to help equip two Merck manufacturing facilities to the appropriate equipment to expand production.

The Trump administration used the Defence Production Act repeatedly over the past year, and promised in December to use it to assist in the manufacture of vaccines if necessary to ensure that a sufficient number of doses were being produced.