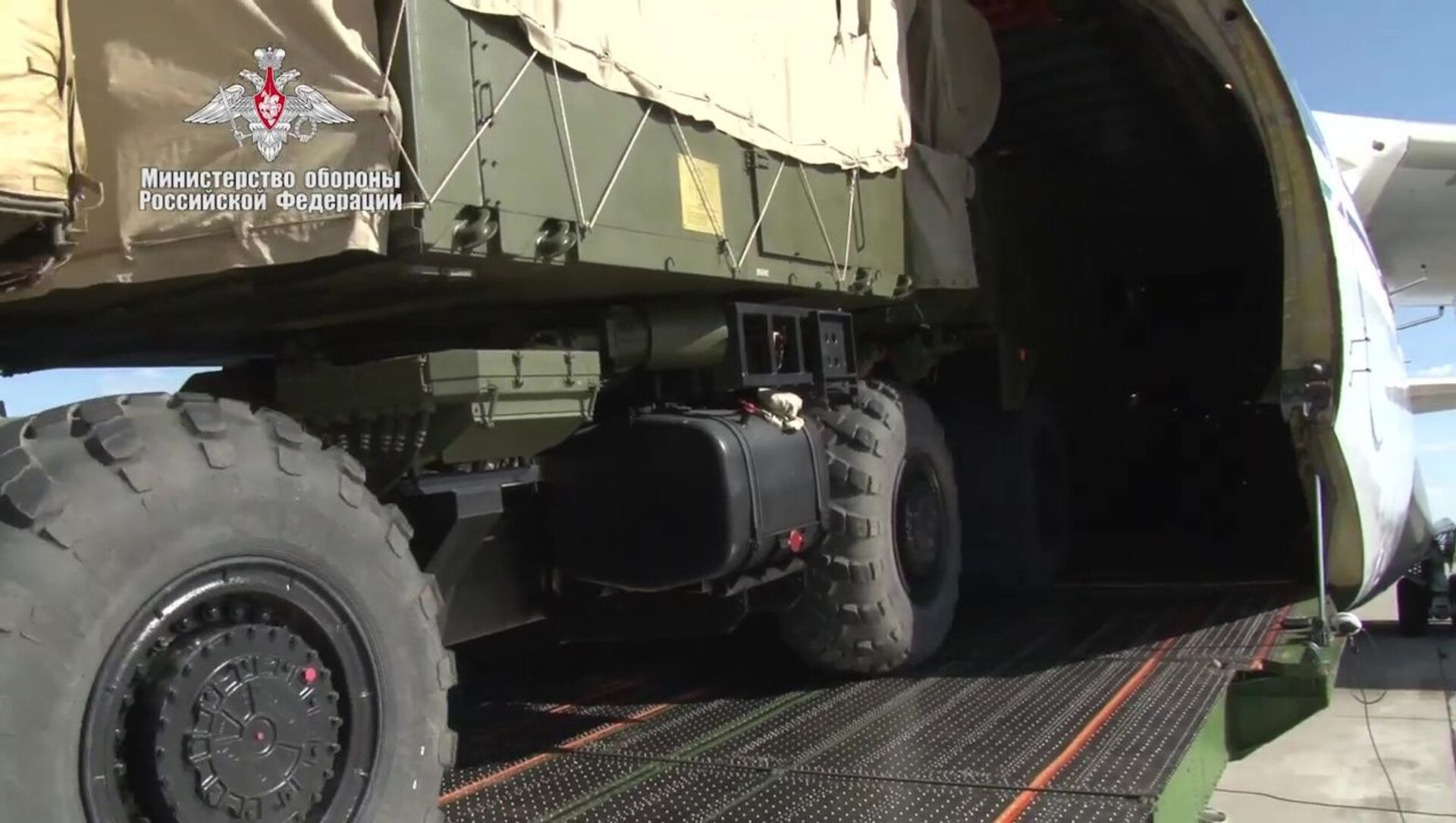 Ankara and Moscow penned a $2.5 billion contract for the sale of four batteries of S-400s to Turkey in late 2017. The US responded by kicking Turkey out of the F-35 fighter programme, and sanctioning the Presidency of Defence Industries – a government agency responsible for coordinating the country’s defence sector.

Turkey has not felt any impact from the US’s Countering America’s Adversaries Through Sanctions Act (CAATSA) restrictions against its defence sector over its purchase of Russian defence equipment, according to Ismail Demir, head of Presidency of Defence Industries, a civil institution established by the Turkish government to manage the Defence industry of Turkey and the supply of military technology.

“We have not noticed any sort of direct impact [from the sanctions]. We’ll have to see how CAATSA will function, but for the moment there are no clear consequences,” Demir specified, speaking to Turkish broadcaster NTV on Wednesday.

“If [the Americans] think this will discourage us from making any national decisions, they are thinking incorrectly,” the official added, referring to the sanctions pressure.

Demir also confirmed that Ankara is negotiating the purchase of another batch of S-400s from Russia, notwithstanding US sanctions threats. “The language of sanctions will not affect Turkey’s decision,” he stressed.

In January, an official from Russia’s federal military-technical watchdog confirmed that talks on the sale of a second batch of S-400s to Turkey had entered an advanced stage. It remains unclear whether Moscow will agree to Turkish requests about joint production and technology transfer for the advanced air defence systems, given the country’s status as a NATO member. 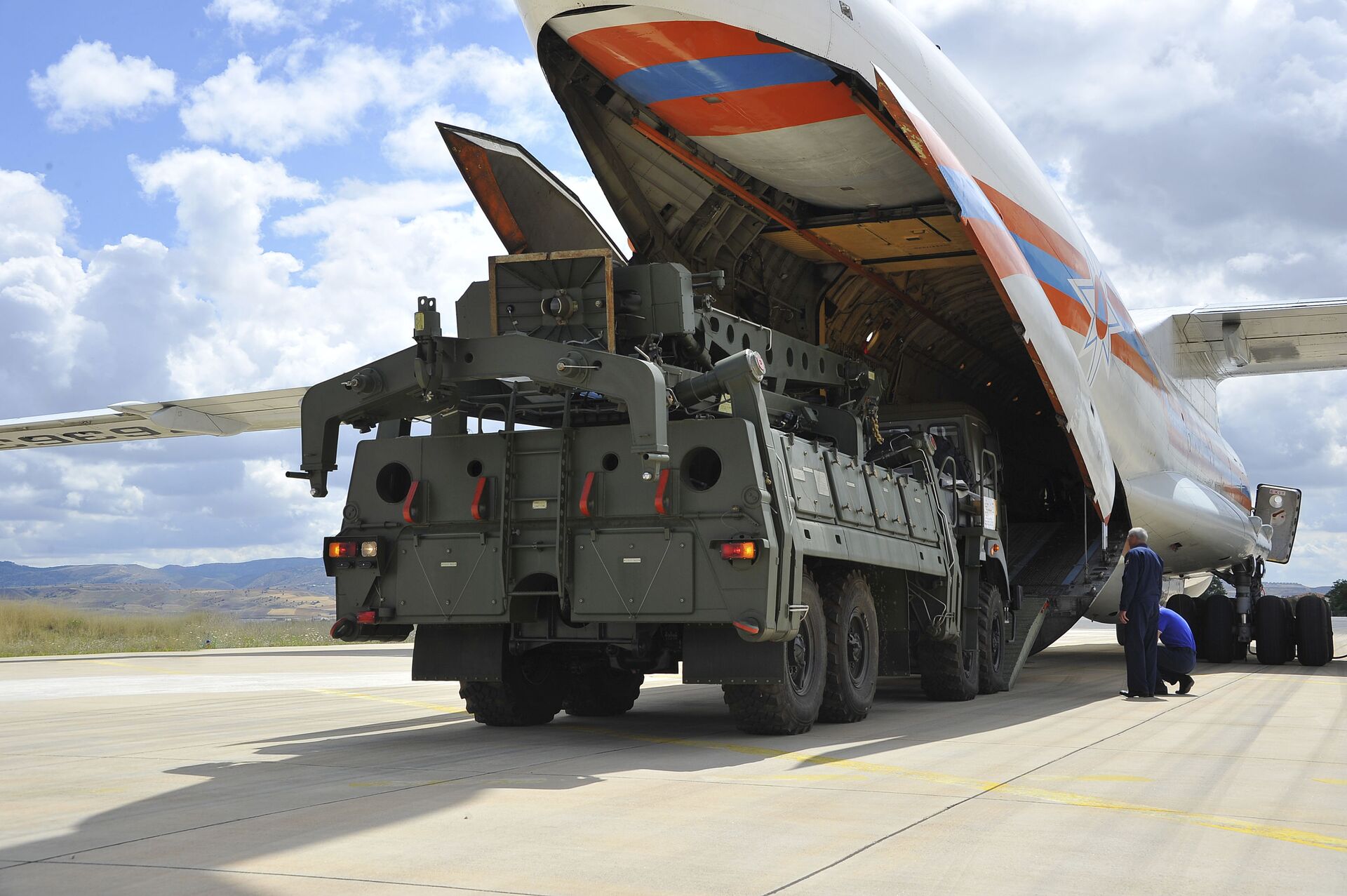 Washington slapped sanctions on the Presidency of Defence Industries, Demir and three other Turkish nationals under CAATSA in December 2020. Ankara blasted the sanctions as an “open attack” on Turkey’s sovereignty and threatened to retaliate.

CAATSA’s use against Turkey was the second time the US legislation had been implemented since being signed into law in 2017. In 2018, Washington used the law to target a Chinese defence procurement office. The US has also threatened to use the law against India, which penned its own S-400 contract with Russia, and Nord Stream 2 – a joint Russian-Western European energy infrastructure megaproject.

Turkey May Not Want F-35s Anymore

'Our Position Has Not Changed': Biden to Keep Freeze on F-35 Sales to Turkey Over S-400 Purchase
The Biden administration has not changed Trump-era policy on the Turkish S-400s, keeping sanctions in place and indicating that it would not resume shipments of F-35s to Ankara unless it ditches its S-400s first.

In his comments Wednesday, Demir indicated that Turkey is not necessarily looking to get back into the US-led F-35 programme, noting that Ankara's primary goal was to get compensated for its losses.

"We are not in a mood like 'let's get back [into the project], we must get back'. We say there is an injustice and that this injustice needs to be fixed. The goal of all our efforts is not necessarily to get back into the programme, but rather for the injustices to be seen and for our loss of rights to be compensated," the official said.

Earlier, Turkey hired a US-based law firm to lobby for the country's readmission into the fighter jet programme.

Last month, Turkish Defence Minister Hulusi Akar said he expected Ankara to be able to “find a solution” to the S-400 dispute with Washington, hinting that an arrangement like the one Greece has with its S-300s could be applied to Turkey as well. Greece has a regiment of S-300 PMU1s, which it acquired in the late 1990s from Cyprus in the aftermath of the Cypriot missile crisis, and stations them on the island of Crete.

World
Turkey ‘Open to Negotiating’ With US on S-400s, Says Doesn’t Have to Keep Them Deployed Permanently
Also last month, president Erdogan said that “common interests” between the US and Turkey would prevail over disagreements between the two nations, and said he hoped to boost cooperation with the US “on a win-win basis.” He added that Turkey would “continue to do its part in a manner worth of the allied and strategic partnership ties between the two countries”.

Antony Blinken, Biden’s secretary of state, is reported to be a proponent of improving relations with Turkey in the interests of ‘containing’ Iran and Russia, including at the cost of certain concessions to Ankara – such as abandoning US support for Syria’s Kurdish militias. So far, however, no moves in this direction have been observed.