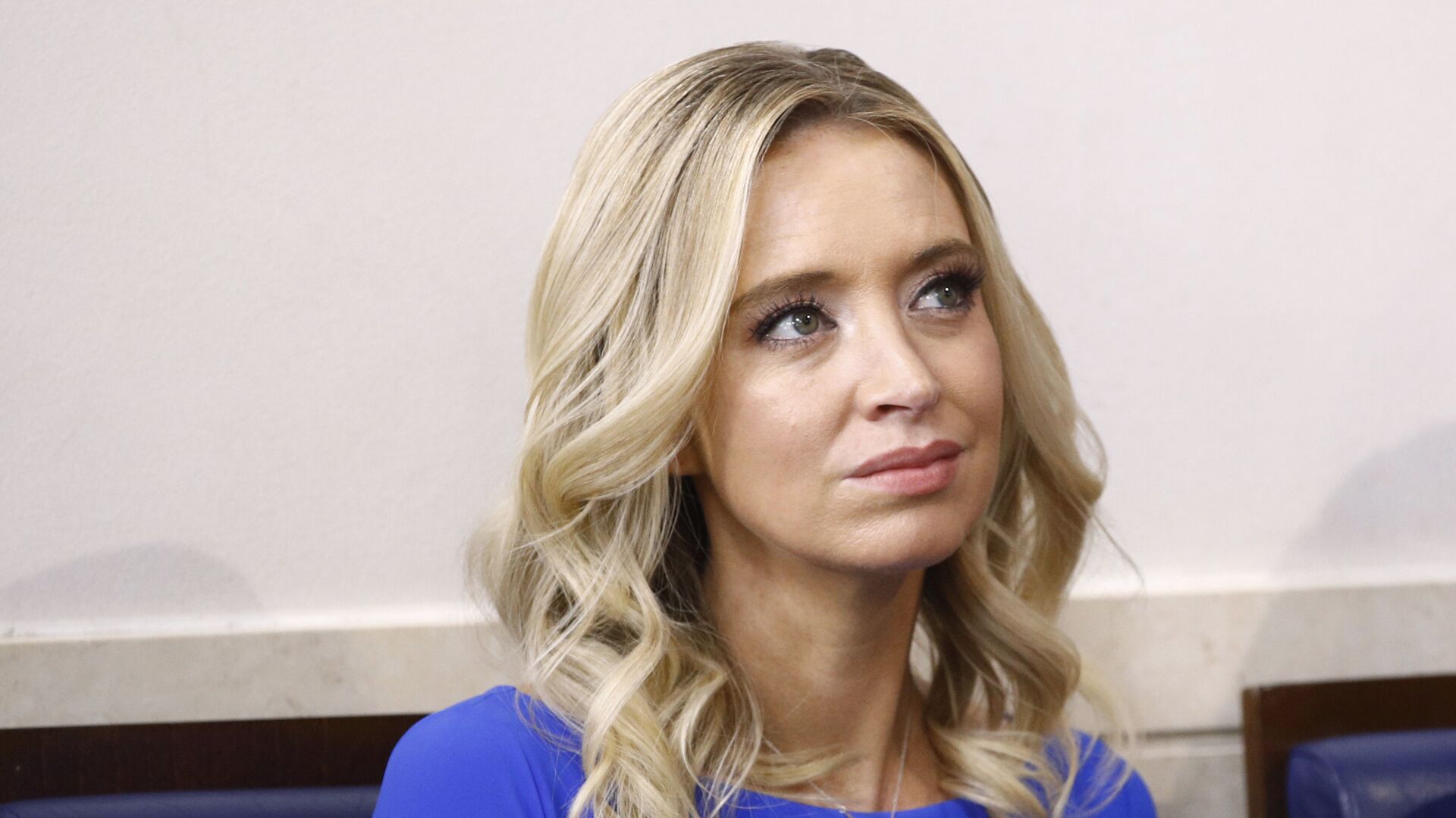 Gaby Arancibia
All materialsWrite to the author
Kayleigh McEnany was the last White House press secretary to serve under former US President Donald Trump, closing shut a revolving door of Trump-era insiders who took up the post during the administration’s four years. Prior to McEnany, the position was filled by Sean Spicer, Sarah Huckabee Sanders and Stephanie Grisham.

The Fox News network officially announced on Tuesday that former White House Press Secretary Kayleigh McEnany would be joining its roster of contributors, a move that wasn’t exactly warmly accepted by staffers.

McEnany’s addition to the list of contributors was announced by Fox News anchor Harris Faulker, who in turn provided network viewers with an exclusive interview with the former press secretary.

The interview itself saw McEnany discuss a variety of topics, ranging from the events of the Capitol riot, Trump’s address at the annual Conservative Political Action Conference and the difference in how White House reporters are treating current Press Secretary Jen Psaki, among other topics.

However, despite the fresh line-up change at the network, it appears as though not everyone is enjoying the new hire, especially newsroom staffers.

In statement given to The Daily Beast, a Fox News insider remarked that it was “truly disgusting they fired hard-working journalists who did care about facts and news reporting only to turn around and hire a mini Goebbels whose incessant lies from the White House helped incite an insurrection on our democracy that got five people killed.”

A current staffer told the outlet that while it was “upsetting” that McEnany was hired, it only made sense that the former Trump administration official would be coming onboard since “Sarah Sanders just left to run for governor of Arkansas and our audience loves Kayleigh.”

Other staffers who anonymously spoke out against the new hire made similar remarks, with one newsroom employee stating that McEnany was only employed by the network because of “name recognition, notoriety, [and] an obvious willingness to say anything her employer desires.”

“The viewers are morons,” the individual underscored.

Another staffer explained that the decision by the Fox network to hire McEnany was likely rooted in the company’s desire to stop losing viewers it had gained through its coverage of the Trump administration.

“They are grasping at straws on how to keep the viewership they built and fueled over the last four plus years with Trump at the forefront,” the employee told The Daily Beast. “It has become about keeping viewers and they will do anything to do that, including blatantly lying and selling their souls and integrity to the devil.”

McEnany, who happened to get her start on television through CNN, began her time as White House press secretary in April 2020 with a promise that she would by no means lie to the American public. However, she soon enough became a fact-checker’s delight.