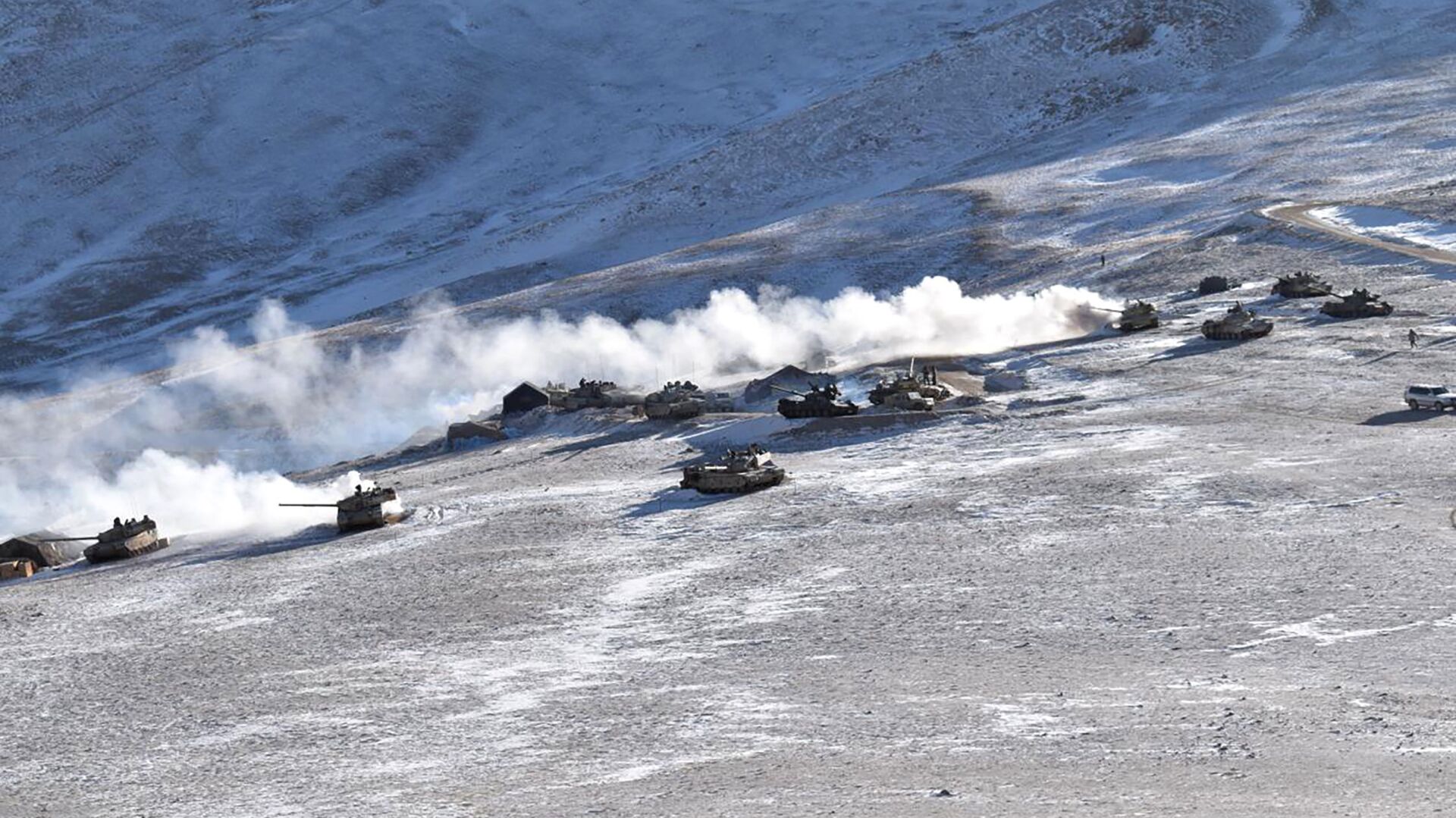 Rishikesh Kumar
All materialsWrite to the author
India and China have been withdrawing heavy machinery and some permanent structures erected along the Line of Actual Control during the Ladakh stand-off since 10 February. The two countries agreed last week to establish a hotline communication to avoid in the future the kind of clashes which have flared up in Ladakh.

Rear Admiral Michael Studeman, the director for intelligence of US Indo-Pacific Command, has said that the Ladakh region "will continue to be a sore spot between the two nuclear powers [India and China]”, although he agrees that the likelihood of severe clashes between the two countries has receded and the continuing disengagement process in the area marks a lowering in tensions for the time being.

“The pullback of heavy equipment still does not alleviate the strategic distrust that emerged [at the Line of Actual Control in the Ladakh region], and the area will continue to be a sore spot between the two nuclear powers,” Studeman said addressing the Armed Forces Communications & Electronics Association (AFCEA) TechNet Indo-Pacific Conference on Tuesday.

Studeman warned the countries that the world can no longer hide from the ramifications of an “ever more ambitious and aggressive China”.

'Depsang is Gone': Rahul Gandhi Accuses India of Ceding Crucial Strategic Point to China
"We have a taste of what it means to be led by China or to be deeply influenced by China," the director for intelligence of the US Indo-Pacific Command said.

The American official emphasised that India has become more amenable to working with Indo-Pacific Command, especially in sharing information.

“It's important we have reliable, secure info sharing tools we can provide. We have good intelligence service in the US. Other nations do not. We have an obligation to inform and warn them,” he says adding that he doesn't expect Indo-Pacific strategy to change under the Biden Administration.

India is looking at new ways to cooperate with the US as it feels strong strategic threats and assertiveness from China, he added.

United States Indo-Pacific Command is one of six geographic combatant commands defined by the Department of Defense's Unified Command Plan.

Last week, India's foreign minister Subrahmanyam Jaishankar spoke with his Chinese counterpart Wang Yi for 75 minutes on the issues concerning the border stand-off. Wang Yi said the two sides must cherish the present hard-won situation, jointly consolidate existing achievements, maintain the momentum of consultations and further ease the situation. The two ministers have also announced the setting up of a communication hotline to exchange views before things get out of hand.

The Indian Army and China's People's Liberation Army stationed over 50,000 additional troops each at several friction points along the loosely demarcated Line of Actual Control in the eastern Ladakh region after a major stand-off broke out over border infrastructure.