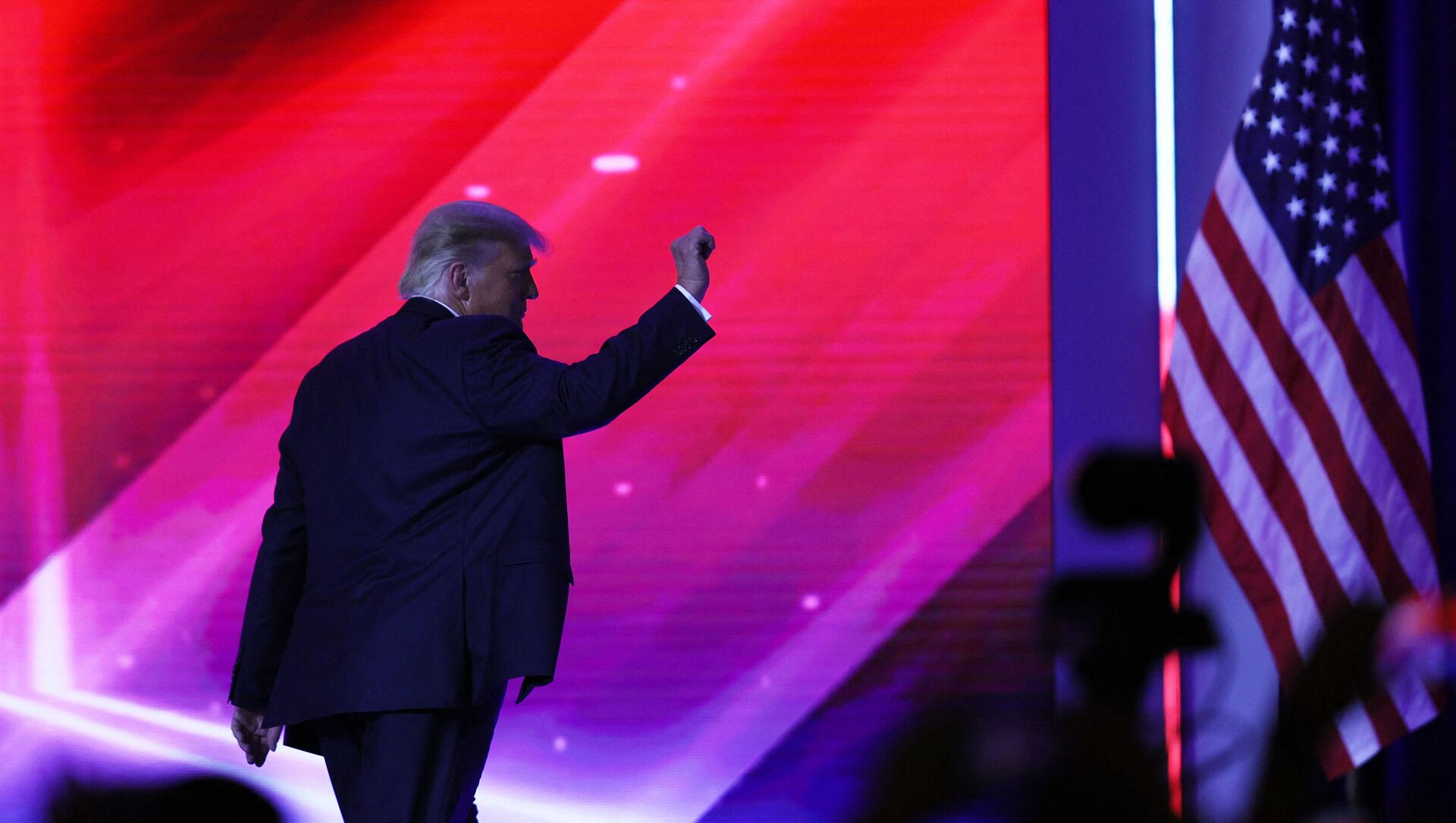 © AFP 2023 / JOE RAEDLE
Subscribe
International
India
Africa
As he was addressing the Conservative Political Action Conference in Orlando last week, former US president Donald Trump hinted that he might join the 2024 presidential race.

Pastor Mark Burns, an evangelical preacher and former Republican candidate for South Carolina's 4th congressional district seat, believes that Donald Trump is still enjoying vast support among the GOP members which makes his chances to succeed in the 2024 presidential election quite solid.

Sputnik: Ex-US President Donald Trump has dropped hints that he might join the 2024 presidential race. Is there a challenger in the works? Or a course correction of a sort for the GOP?

Mark Burns: First of all, it is clear, just based off of the CPAC straw poll that was ran, that over six to eight percent of the votes went to Donald Trump as the nominee. And then Ron DeSantis, who is the governor of the great State of Florida, came in a distant second. And then in some polls, Donald Trump Jr. came in an extremely distant third or fourth. But the overwhelming support from the GOP for its nominee in 2024 is still for Donald Trump. He's hitting the trail. We're hitting the trail to retake the house in 2022. And Donald Trump is still the leader of the Republican Party. I really don't see a real challenger. Of course, a lot can happen four years from now. But as of right now, I don't see a challenger that can really knock Donald Trump off as the leader of the Republican Party and the future 2024 nominee for president of the United States.

Sputnik: Can the GOP bridge the divisions that currently plague the party? How huge is the chasm right now between the Republican base and the establishment? 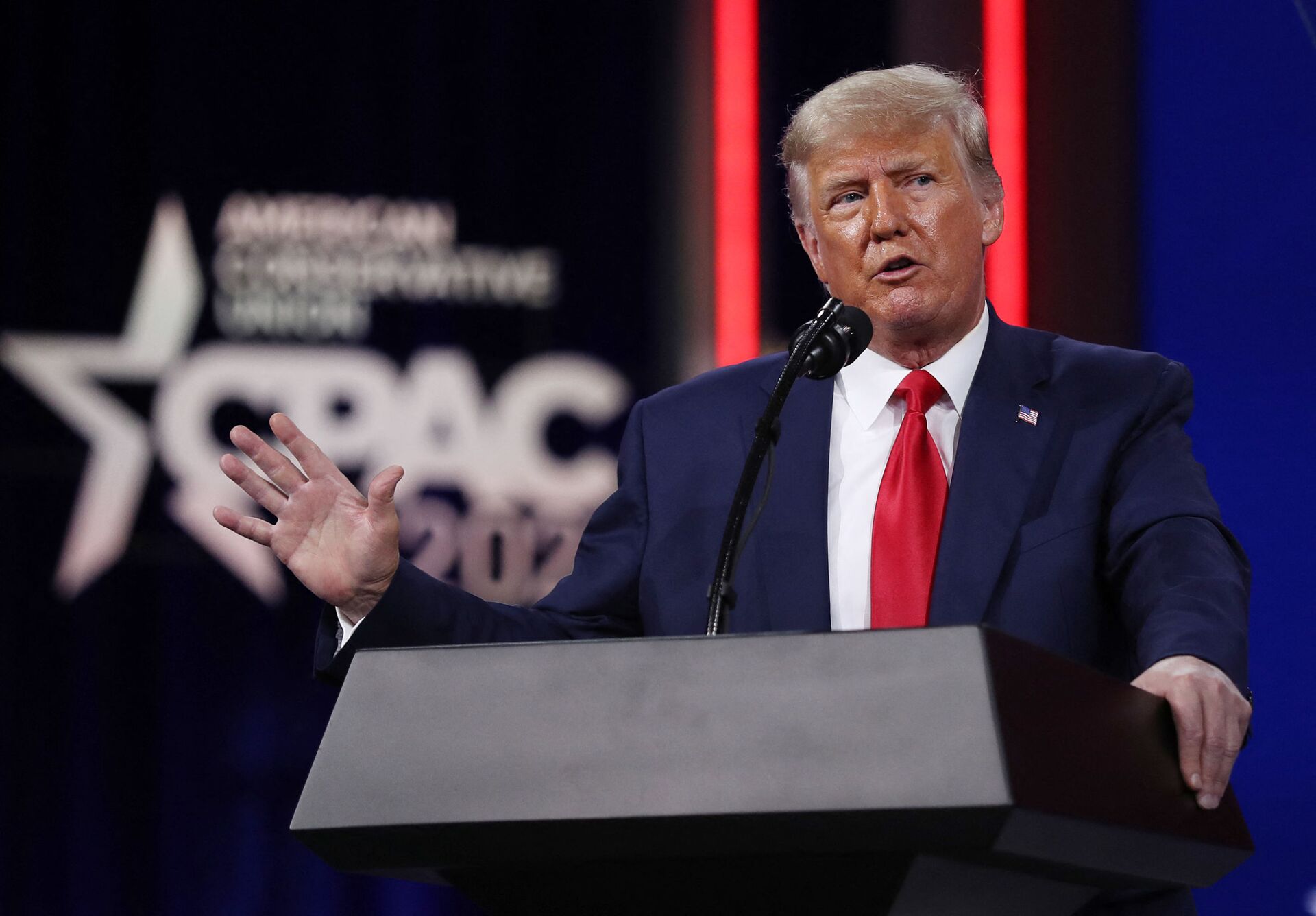 Sputnik: How can the GOP regain their legislative power in the midterm elections?

Mark Burns: We’ve got to flip the House. We've got to get the house. And we've got to keep in mind we were already underway, doing that in this last election. We flipped some very important seats in California, the very liberal state of California. And so we're on trend. Right now, Nancy Pelosi barely holds control of Congress. It is almost a dead split - like it is in the US Senate. And so how do we gain control? We've got to flip the house, we got to make sure that people like myself and Donald Trump Jr. and President Trump and other supporters are out there campaigning for Republican leaders who believe in the America First agenda and that they are pushing the conservative movement forward. And we’ll retake the House. We got to take the leadership. And Kevin McCarthy, who is the House Minority leader right now, will become the majority leader. You can see right now how we’re making it very difficult for Joe Biden to put any agenda through, because it’s got to go through the House, which they’ve got, but it also has to go through the Senate, which is essentially a dead split. Of course, we do know that the Vice President, if it came down to a 50/50 split, would be able to cast a vote as the President of the Congress.