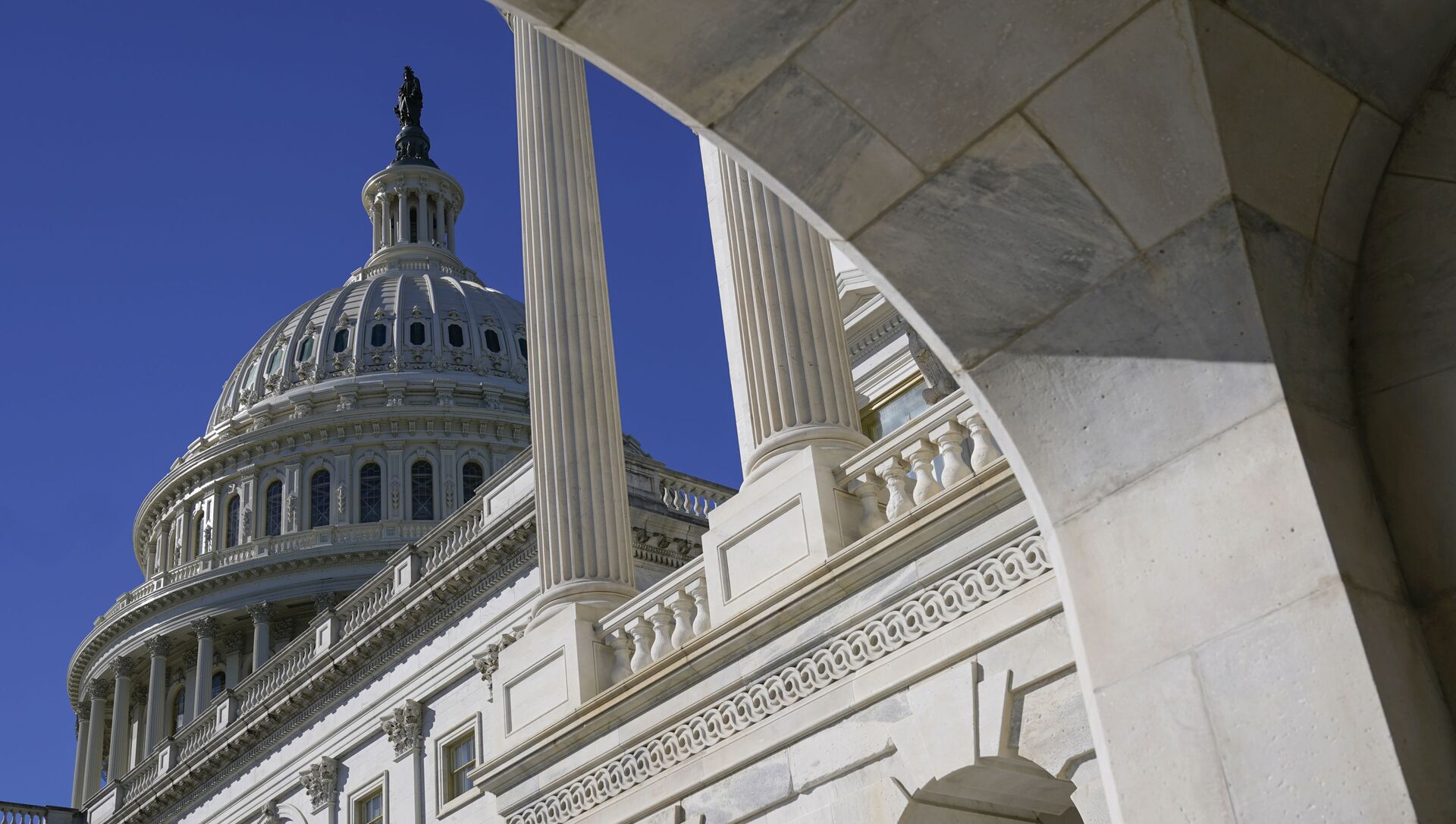 Kirill Kurevlev
Correspondent
All materialsWrite to the author
The GOP lawmakers claim that the current law on US sanctions gives the so-called Big Tech a carte blanche to provide platforms to "terrorist groups and dictators."

US House Republicans are introducing legislation that would broaden US sanctions law to ban social media platforms from letting foreign persons or organizations which were put under sanctions for terrorism from using their services, Fox News reported Tuesday citing a copy of the bill.

The law bill is reportedly proposed by representatives Andy Barr, Jim Banks, and Joe Wilson, and is reportedly co-sponsored by 40 other members of the House Republican Study Committee. The social media platforms mentioned in the proposed law include Twitter, Facebook, Instagram and YouTube.

"US law gives big tech a free pass to provide platforms to terrorist groups and dictators," Representative Barr of Kentucky is quoted in the report as saying.  "Social media companies should not provide a vehicle for terrorist groups like ISIS to raise money or for dictators like the Ayatollah of Iran to spread propaganda."

The bill reportedly aims to clarify the current sanctions legislation by empowering the president with authority to limit the "provision of services," including the management of accounts by Big Tech platforms to foreign persons or organizations sanctioned for terrorism by the US, and top officials of states, which are listed as sponsors of terrorism.

"Economic sanctions prohibiting the provision of services to individuals and entities sanctioned for terrorism should apply to social media platforms, while still supporting the free flow of information and maintaining the important principle that information should remain free of sanctions," the legislation reportedly reads.

The bill also reportedly encourages the Treasury Department to "ensure that consumer communications technologies, as well as tools to circumvent government censorship, are available to civil society and democratic activists in such countries."

Representative Jim Banks of Indiana, chairman of the Republican Study Committee, a conservative caucus within the House, claimed because of "outdated sanctions laws, social media platforms are able to ban President Trump and other conservatives but let the Iranian Supreme Leader and President Bashar Assad of Syria continue having accounts on Twitter, Instagram, Facebook and YouTube."

"Thanks to Rep. Barr, we have a bill that would fix this double standard and hold Big Tech accountable to the same sanctions laws other American companies are required to follow," Banks said.

Controversially enough, the lawmakers claim at the same time that the US Department of Treasury "should encourage the free flow of information in Iran, Syria, North Korea, Cuba, and other countries," which, according to Washington, are "controlled by authoritarian regimes," in order to counter them.

Under the existing law, the US president does not have the authority to compel social networks to comply with US sanctions law as it pertains to designated terrorists due to the International Economic Emergency Powers Act of 1976, and especially the so-called Berman Amendments, adopted in 1988 and revised in 1994 to include electronic media. Those amendments forbid the president from even implicitly restricting or banning anything that deals with the free flow of informational services.

Republicans have repeatedly challenged social media's liability protections under Section 230 that shield social networks from being held responsible for the content posted on their platforms, while enabling them to moderate it.

Bill Gates: Trump Should Probably Be Allowed Back on Social Media
Tech giants have incurred criticism for the permanent suspension of then-President Trump's accounts from social media platforms in the aftermath of the violent events on January 6 at the US Capitol. Particularly, Trump's ban on Twitter has raised concerns that Big Tech could silence practically everybody online, even a country leader.

Following the criticism, Twitter suspended the account of Iranian Supreme Leader Ayatollah Ali Khamenei and removed the tweet where he said that Western COVID-19 vaccines were "completely untrustworthy."