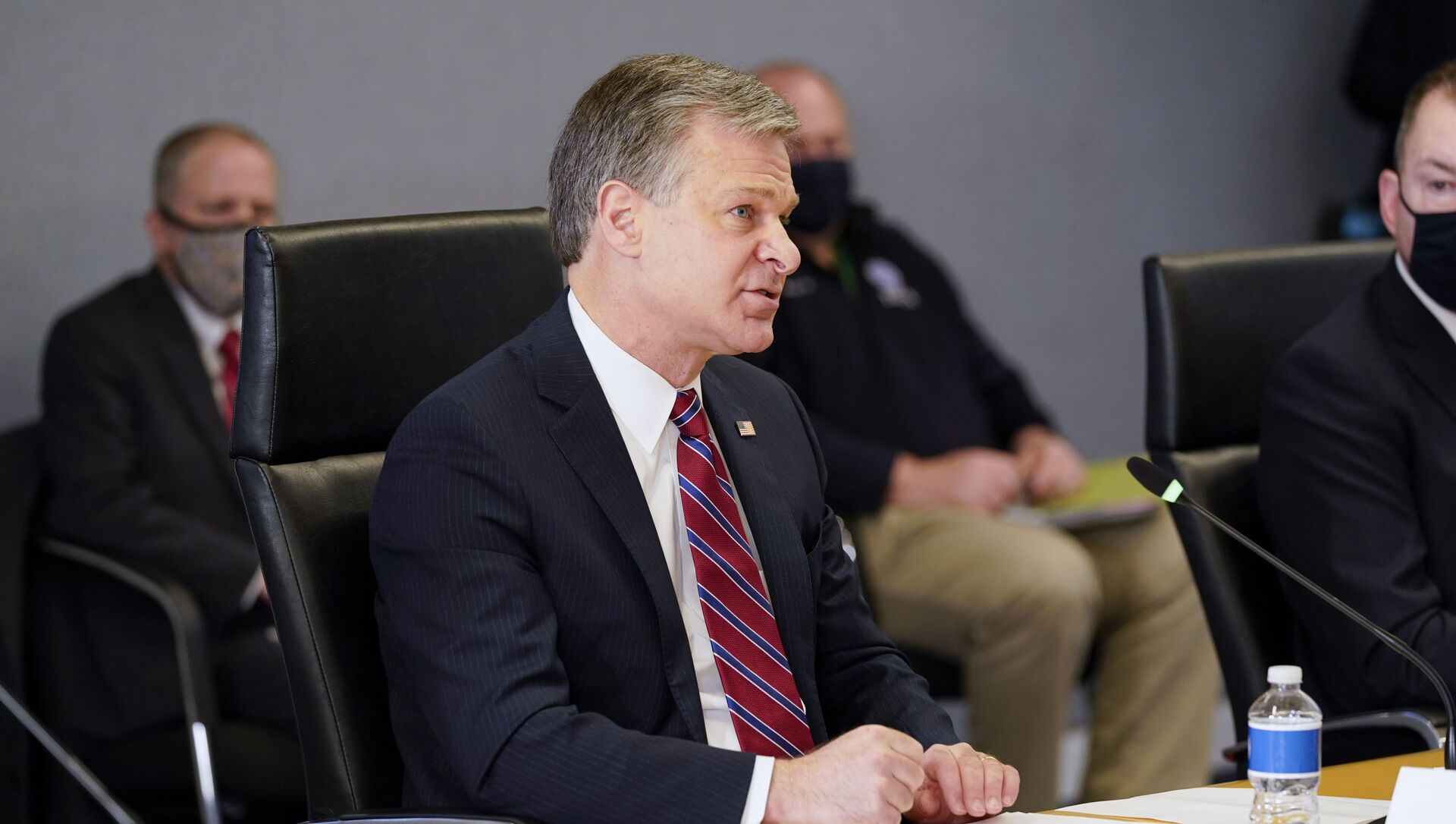 Arty Katkov
All materialsWrite to the author
The FBI director said that the Capitol events had "no place in our democracy", adding that tolerating it would make a "mockery of our nation’s rule of law".

US FBI director Director Christopher Wray told the US Senate Judiciary Committee on Tuesday that the storming of the US Capitol on 6 January was an act of "domestic terrorism".

"6 January was not an isolated event. The problem of domestic terrorism has been metastasising across the country for a number of years now," Wray said.

He also called the Capitol siege "criminal behaviour". "It’s behaviour that we, the FBI, view as domestic terrorism," he said.

Wray, who assumed the position of Director of the FBI in 2017, said that the agency has doubled the number of domestic terrorism investigations over the last three and a half years to 2,000 conducted currently.

Wray warned that the problem of domestic terrorism is not going away any time soon.

The director added that white supremacists make up "the biggest chunk" of the FBI’s domestic terrorism portfolio.

On 6 January, a Washington "Stop the Steal" rally in support of then-US President Donald Trump turned into protests that rushed to the Capitol.

Some protesters broke into the building, disrupting the certification of Electoral College votes being held there that day.

Ultimately five people died as a result of the riot, and more than 250 were arrested in relation to the riot.

As a result, Trump, who called on supporters to oppose Joe Biden's nomination "peacefully" during the rally, was impeached by the US House of Representatives on 13 January for "inciting an insurrection", but later acquitted by the US Senate, which voted short of the 2/3 majority needed to convict Trump.

Trump has repeatedly denied his responsibility for the actions of the protesters, saying that his remarks were "totally appropriate".