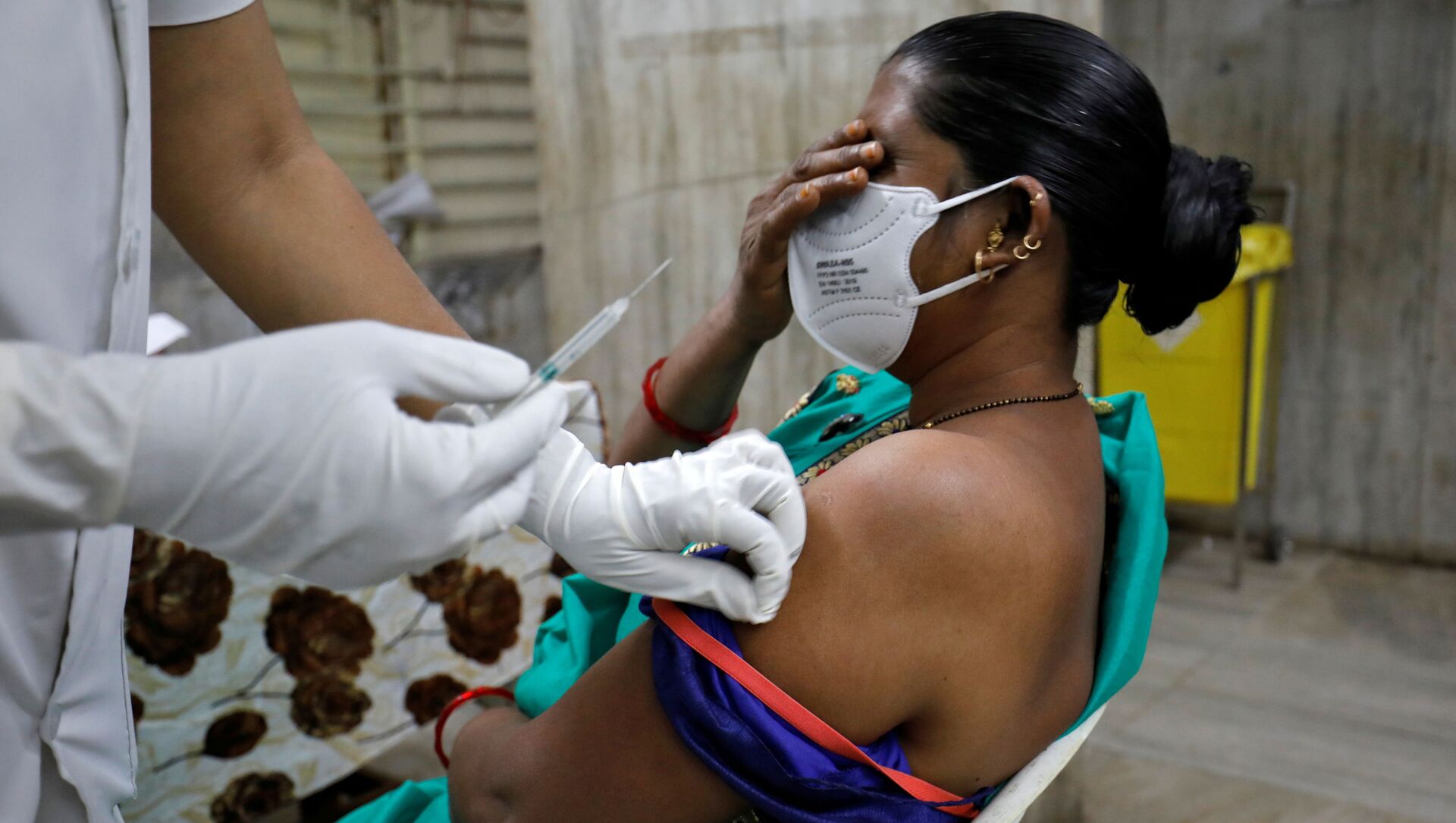 Radhika Parashar
All materialsWrite to the author
In recent days, India has ramped up its vaccination drive against the coronavirus. On 1 March, Prime Minister Narendra Modi got himself vaccinated, kick-starting the second phase of the drive directed majorly at Indian citizens aged above 60. The first phase of the vaccination began earlier and focused on healthcare workers.

Sukhdev Kirdat, who worked as a driver for an eye specialist in the Bhiwandi region of Maharashtra state died on 2 March after getting a second vaccine shot against coronavirus. The 45-year-old father of two was first vaccinated as a health care worker in January.

Many people like Kirdat are opting for a second COVID vaccine shot because several experts have told the media that a strong immunity against the virus develops 14 days after the second jab, which is recommended to be taken at least 28 days after the first shot.

The cause of Kirdat’s death remains unknown as of now.

“He took his first dose a month back and there was no problem. There was full check-up before this dose. We found out that he had [fluctuating] blood pressure for many years. There were symptoms like swelling of feet. But here his BP was normal and oxygen was also normal. It is difficult to say what caused the death,” Indian media quoted KR Kharat, the doctor who examined Kirdat’s body as saying.

At a time the Indian government is trying to convince people about the safety of the vaccines against the novel coronavirus, Kirdat is not the first person to have died under mysterious circumstances after getting vaccinated.

Earlier this week, Shubhendu Shubham, a healthy 23-year-old medical student studying in the city of Patna died after testing positive for coronavirus – a mere 22 days after getting vaccinated for the first time.

The condition of the young doctor-in-making deteriorated so rapidly that he lost his life on the second day of being hospitalized for observation.

The reason behind Shubham’s death also remains unclear – given his young age and good health.

"The death of a doctor is saddening. The government is putting in all efforts (to contain the spread). Some more doctors have reportedly tested positive after his (Subham) death," Bihar Health Minister Mangal Pandey said on Wednesday. Several other students of Nalanda Medical College and Hospital of Bihar state were reportedly admitted to private hospitals after becoming infected with the virus.

The death of other healthcare workers in India is being linked to the age factor.

On 8 February, a 77-year-old doctor, Kishan Nathani, died in Agra – just seven days after being vaccinated against coronavirus.

The demise of Nathani, who was also suffering from Parkinson's disease and diabetes, was attributed to old age.

More cases of deaths have been reported from other parts of India, where the deceased lost their lives after getting vaccinated against coronavirus.

After developing adverse reactions, on Feb. 24, Mitha succumbed to death.@Drvilasjagdalehttps://t.co/WBhBuzs1Dc

​While clear explanations on the deaths of vaccinated healthcare workers are not available, netizens in India are constantly reading about the cases and expressing their concerns on social media.

Odd: death is listed as a side-effect by the manufacturer. Surely some of the deaths may indeed be attributed to the vaccine.

India has reported 22 deaths so far following vaccination, though none of these are attributed to the vaccine itself. #Ireport... pic.twitter.com/n0x0PeutNJ

After 53 deaths india going head with mass vaccination. Without data of covishield approval in public domain. Why we call it murders. Warned media enough. Tired too'. We hav defunct media. https://t.co/mXdvEMYQf1

​In its guidelines, the World Health Organisation (WHO) has said that if two or more deaths occur after the vaccination from either the same vaccine or due to the same reason or are reported from one place, then group screenings must be undertaken. Health experts in India are also working on streamlining concrete reasons for the deaths.

✅No case of serious/severe AEFI/Death attributable to vaccination till date.

​The Indian drug regulator formally approved the emergency use of two coronavirus vaccines, Covaxin and the Oxford/AstraZeneca's drug, in January as the Modi government planned to inoculate approximately 300 million people by the end of the year.

In recent days, several netizens have expressed fears that crowded vaccination centres in India could end up becoming super-spreaders of coronavirus since nobody seems to be following social distancing properly.

@PMOIndia @MoHFW_INDIA whats happenning??? Are we trying to save people by vaccination or kill them by Covid? Do we understand every person standing in this line and in every hospital is at danger. We need to have much better plan or we see spike in cases and deaths pic.twitter.com/Nqferl5cFx