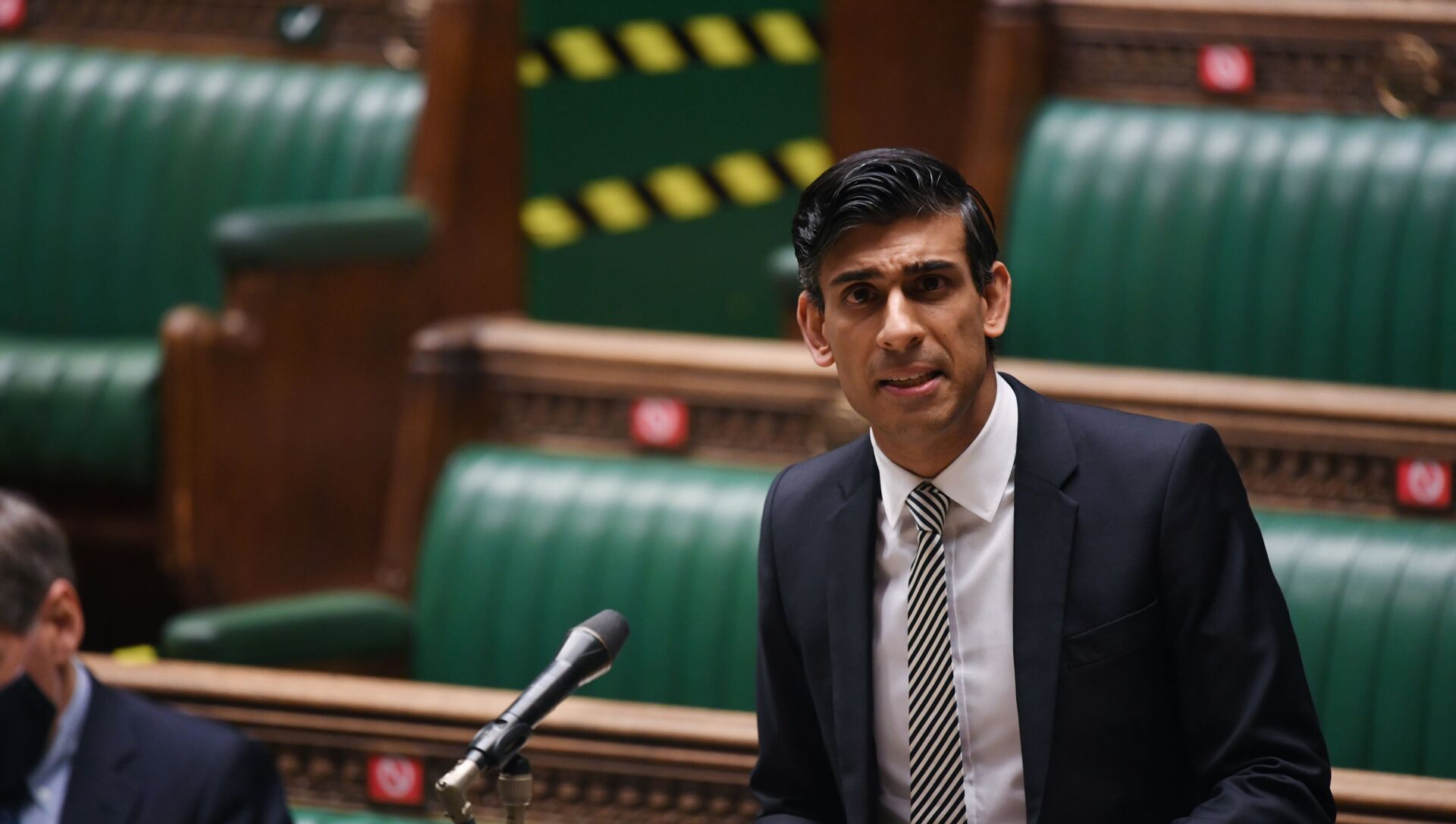 So far, £1.65bn has already been allocated for the UK’s vaccination programme, with reports suggesting that several tax rises may be introduced by Sunak, fuelling concerns from politicians across the political spectrum.

The British government is gearing up for its annual budget announcement as Chancellor Rishi Sunak seeks to balance the country’s books following record levels of borrowing across 2020.

Sputnik: What can we expect from Rishi Sunak’s upcoming budget announcement?

Henry Bolton: I think it's inevitable that the Chancellor is going to take his responsibility to claw back some of the expenditure that's occurred over the coronavirus. I would personally like to see a freeze on all tax increases, whether it's corporation tax or anything else for a year, and wait until next year to give businesses a chance to recover.

UK Budget 2021: Ken Clarke Urges Sunak to Protect 'Young & Poor', Boost Taxes on Working Elderly
The British economy is going to be ahead because of the tremendous effort put into the vaccination scheme, so we are going to have if you like, a global or certainly regional advantage in terms of the economy and trade in that respect, but we need to allow businesses to get back on their feet. We need to give them that breathing space to consolidate as we come out of the lockdown process but I think it's inevitable that we are going to see some increase on the taxation of business.

I don't think it will be, but I hope it'll be focused on the large tech corporations, because they are the ones that have been surviving rather well through this crisis. They are the ones that are able to pay, but I'm afraid that I think Rishi Sunak is going to send a signal to the rest of business by putting more onto corporation tax, we will see.

Sputnik: What would you like to see included in the Chancellor's budget for 2021 amid the ongoing challenges presented by COVID?

Henry Bolton: I don't actually want to see much change to where we are now. I don't think business needs, or anybody, needs change in terms of additional expenses through having to contribute to the state coffers more but they certainly don't need to have a boost. They need to be able to get back on their feet in a sort of status quo type situation. I'd like to see things stay as they are. The government and media all look for headlines but I don't think this should be a budget of headlines. I think this should be keep it as it is for another 12 months, and I include in that, for example on expenditure, defence - we're talking about 10,000 people being lost from the army.

Role-Reversal: Labour MP Slams Tories as ‘Hard Left’ on Tax Hikes for the Rich
I think that's an appalling idea. It is totally misguided in my view, that's a different subject I know, but that's an area in which the budget is going to have an impact. I think there should be nothing changing, very, very little. The only thing that he's going to change, and he doesn't need a budget to do this, I think is the extension of the furlough scheme. That's got to happen because we're not back on our feet yet, we can't just pull the rug totally from under people's feet, and that's the only thing that I'd like to see, but as I say, it doesn't need a budget to do that. It's an opportunity moment to do it but it's not a major headline issue I wouldn't have thought.

Sputnik: One subject that's raised controversy, both within the Conservative Party and across parliament, is the several tax hikes for businesses and earners across the country. Henry, what do you make of these reports? Is a rise in taxes the right approach from the government, and if it's not, what else could they do?

Henry Bolton: Well, right now it's not no, it's right in a year's time. The simple fact is that we along with other nations have spent a huge amount, and borrowed hugely to pay for the lockdown, the furlough scheme, the vaccination programme, so on and so forth, hugely, and we've got Brexit to worry about in the background. We've got to ensure that our economy is fit for purpose there.

The government needs to be able to repay the loans that it's taken out, the borrowing to pay for all these things it needs to repay that, and obviously to repay that it needs to bring money into the Treasury. That has to happen but now is not the right time to do it, if we do, absolutely we're going to handicap ourselves coming out of this.