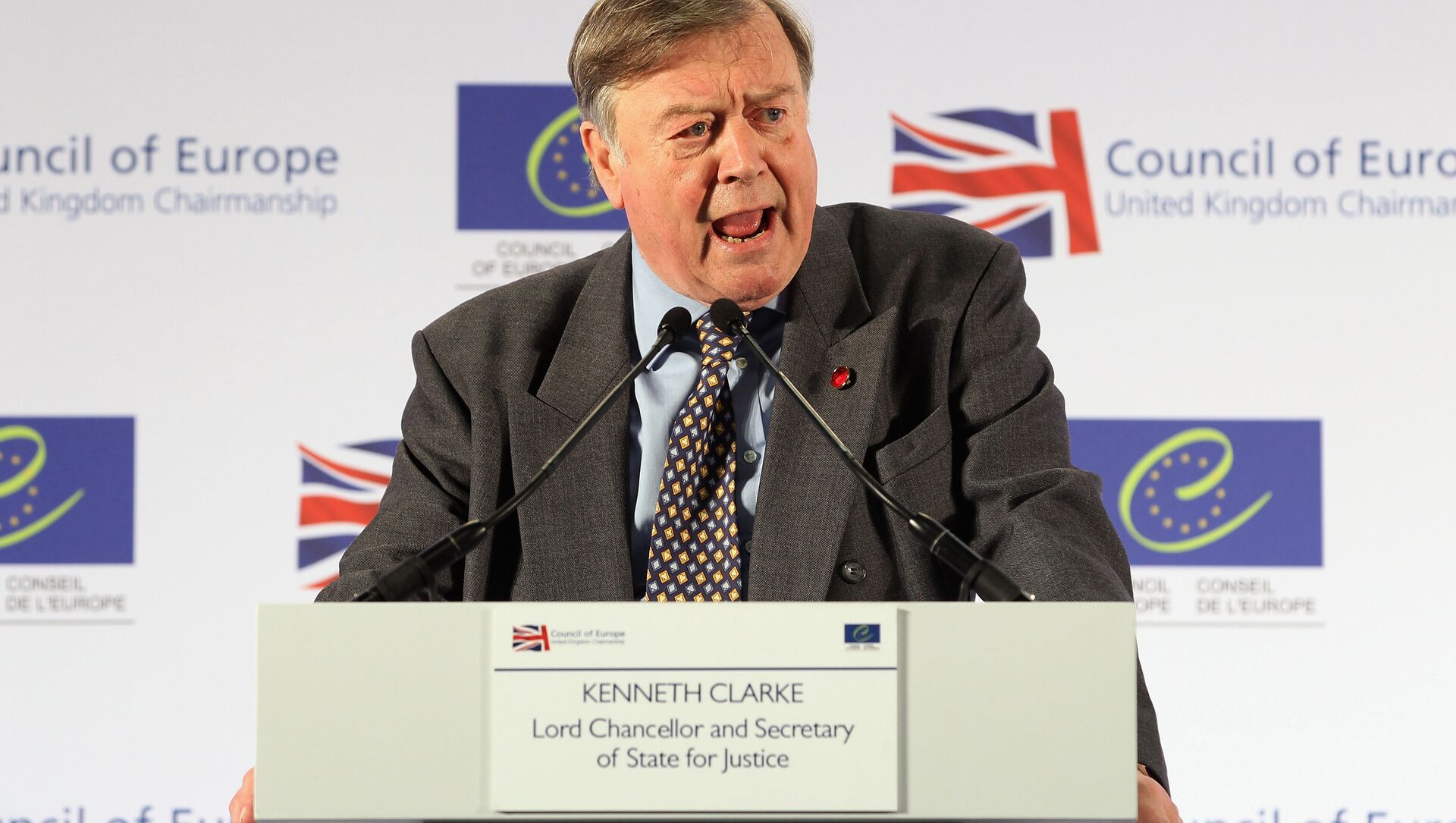 © AFP 2021 / Dan Kitwood
Subscribe
Lilia Dergacheva
All materialsWrite to the author
Chancellor of the Exchequer Rishi Sunak will set out the UK government's tax and spending plans this Wednesday, as Britain has just started to slowly come out of a third lengthy coronavirus-caused lockdown that has left hundreds of thousands of the country's businesses in shambles.

Former Chancellor Ken Clarke believes that to steer the British economy out of today's crunch Rishi Sunak should use the budget to dump the government's pensions triple lock, which guarantees a minimum yearly increase in the state pension, and raise taxes on citizens over 65 who are still working.

He also warns against raising corporation taxes at this moment in time.

Lord Clarke, who himself decisively curbed spending and spearheaded tax rises in the 1990s to restore a balance in public finances in the wake of an earlier recession, said Sunak should not feel bound by a commitment to the pensions triple lock, as well as any promises not to raise income tax, national insurance, or VAT rates.

"I would scrap the triple lock on pensions because while there are some elderly people who have been very badly hit by the crisis… the comfortable elderly have really done rather well. They've saved money", Sunak's predecessor in the job told Sky News, adding that it is "the poor, it's the young, the low-paid who've been hit", which, he believes, makes the pension triple lock totally unjustified.

He went on to urge the chancellor to impose national insurance payments on the working elderly, suggesting "it will hit us" post-COVID fallout unless "we tackle it now".

"You could explain to people, well I've got to get some more revenue, I can't just keep printing and borrowing money on this scale", said Lord Clarke.

Addressing recent reports that as a first step aimed at fighting the recession, the chancellor will move to consolidate public finances by raising corporation taxes, introducing small gradual increases on a year-on-year basis, Clarke said he personally wouldn't do it.

"I wouldn't announce increasing taxes and defer them", he asserted.

"I took over a difficult situation where we were just coming through a recession, and one of the things I did was raise taxes. In those days, people were more inclined to accept it, they knew that sometimes, it was very unpopular when you did it, but chancellors sometimes did", Clarke stated, going on to explain why today's Tory government would be better off not going for unpopular measures: 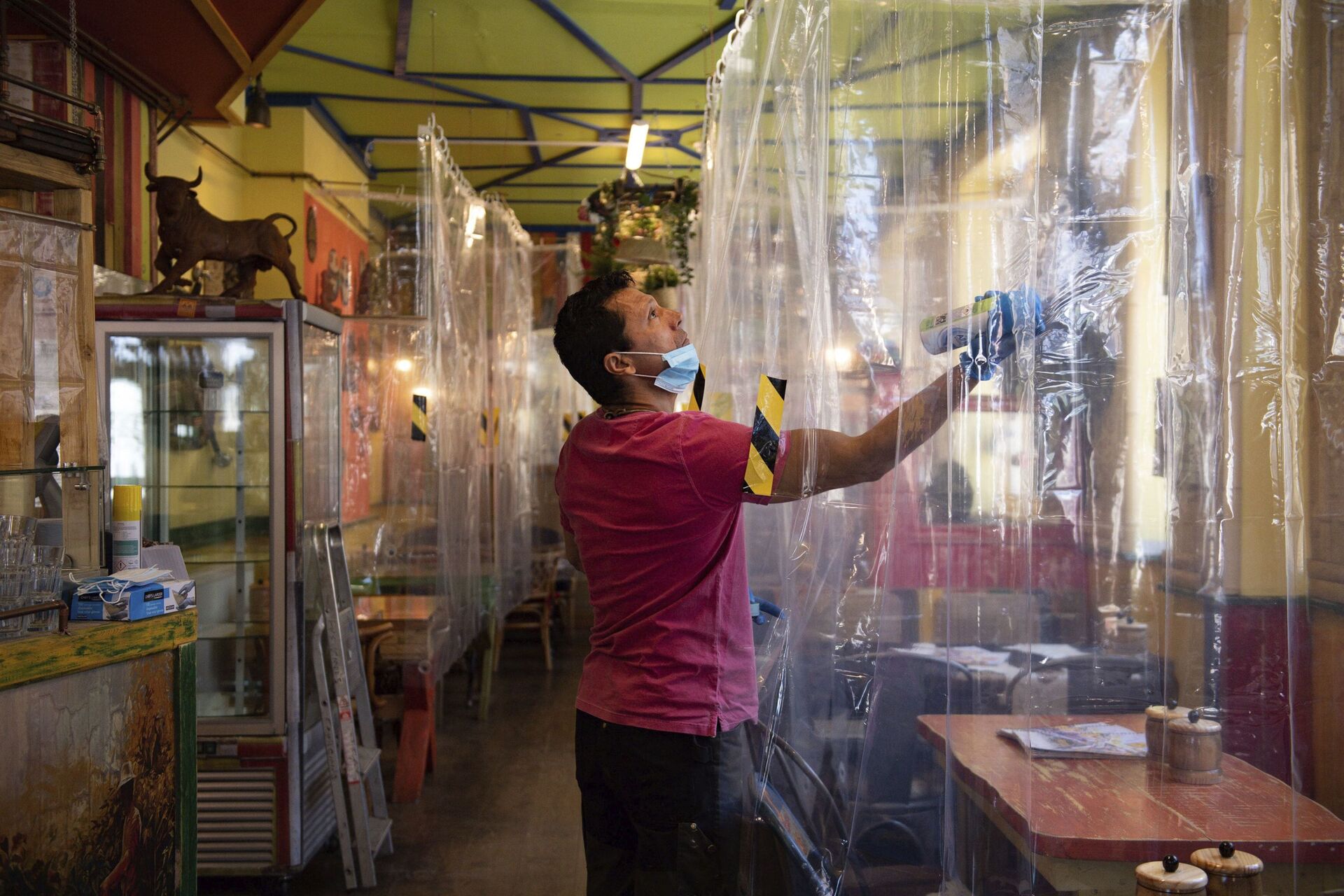 "At the moment, with today's populist politics there's just an assumption that you don't do anything that's unpopular. Well, the job of government is to take tough and difficult decisions".

This Wednesday, the Office for Budget Responsibility (OBR) will reportedly confirm that the UK is facing its biggest economic slump since the 1920s.

"Our economy's done worse than every other major economy during this crisis. We've had the worst reductions in GDP over time compared to other major economies", commented Shadow Chancellor Anneliese Dodd, as cited by Sky News. 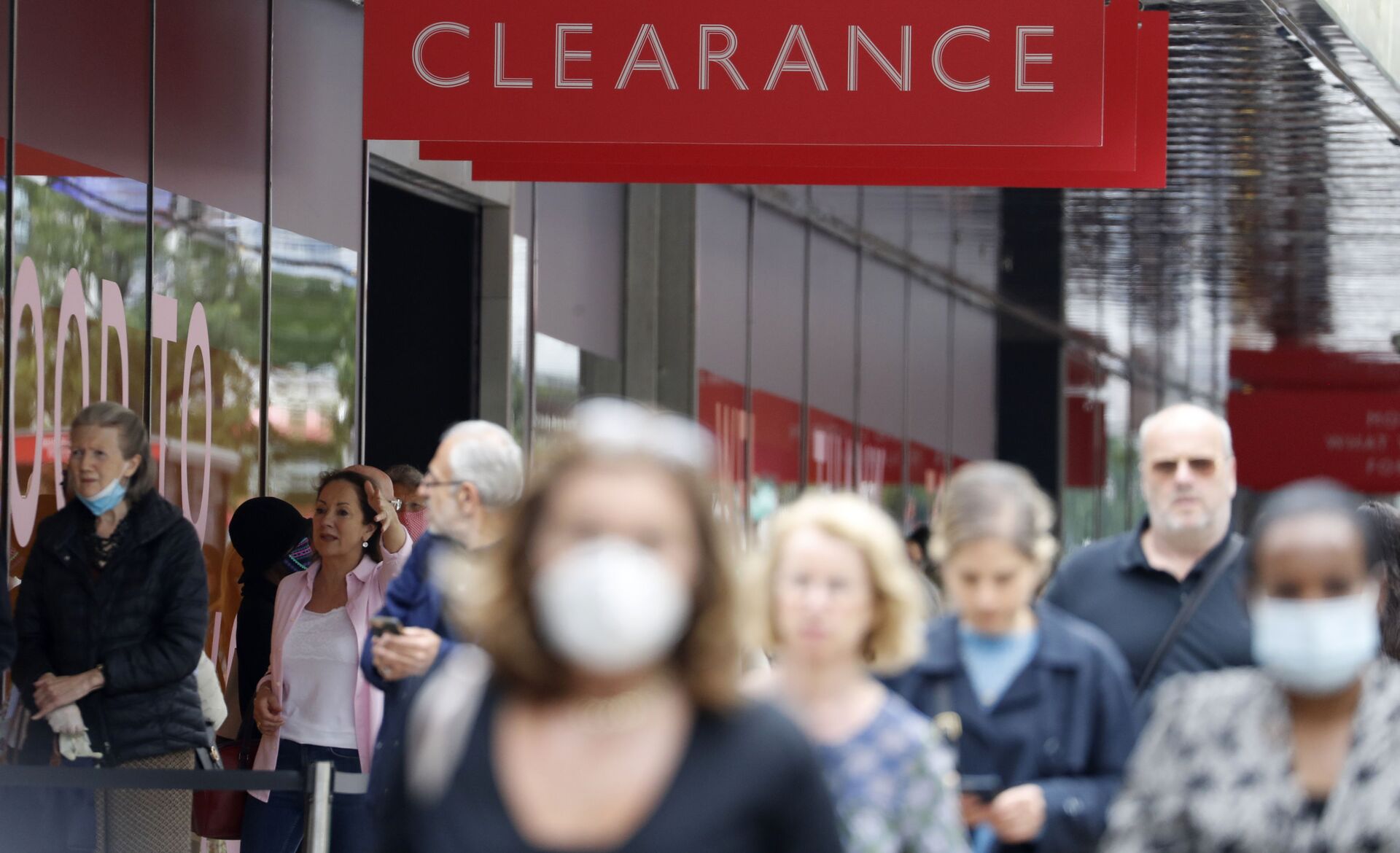 Yet, the OBR is also expected to aim at a considerable rebound in 2021 - potentially the biggest annual growth indexes in half a century, a Sky News report has it, while it remains unclear whether the chancellor will use the new budget to boost taxes or avoid such measures until a later time.

Over the past 12 months, in which 122,000 people in the UK have lost their lives to COVID-19, with the health crisis bringing about severe economic fallout, the total cost of measures propelled by Sunak on virus-related spending has reportedly exceeded £300 billion, which is 10 times the sum Sunak's Budget stipulated a year ago.

A staggering 906,000 UK businesses are at serious risk of failure before April 2021, according to LSE Business Review, as arrays of shops, restaurants, pubs, and hairdressers remain closed across the country in a third lengthy lockdown. More financial support - plus to the UK's furlough scheme that has already cost the treasury nearly £50 billion - is needed, as the threat of mass long-term unemployment is on the rise.

000000
Popular comments
Britain spends too much money on the military and too little on combating homelessness and hunger. It is the same thing in the US which spends over 700 billion US$ a year on the military while half a million Americans are homeless, and millions more are poor. US and britain are callous societies.

Europe85
2 March, 14:00 GMT2
000000
wow !! Another muppets from the grave. We’re definitely getting enough together with Blair, Cameron etc for a boat to Guantanamo