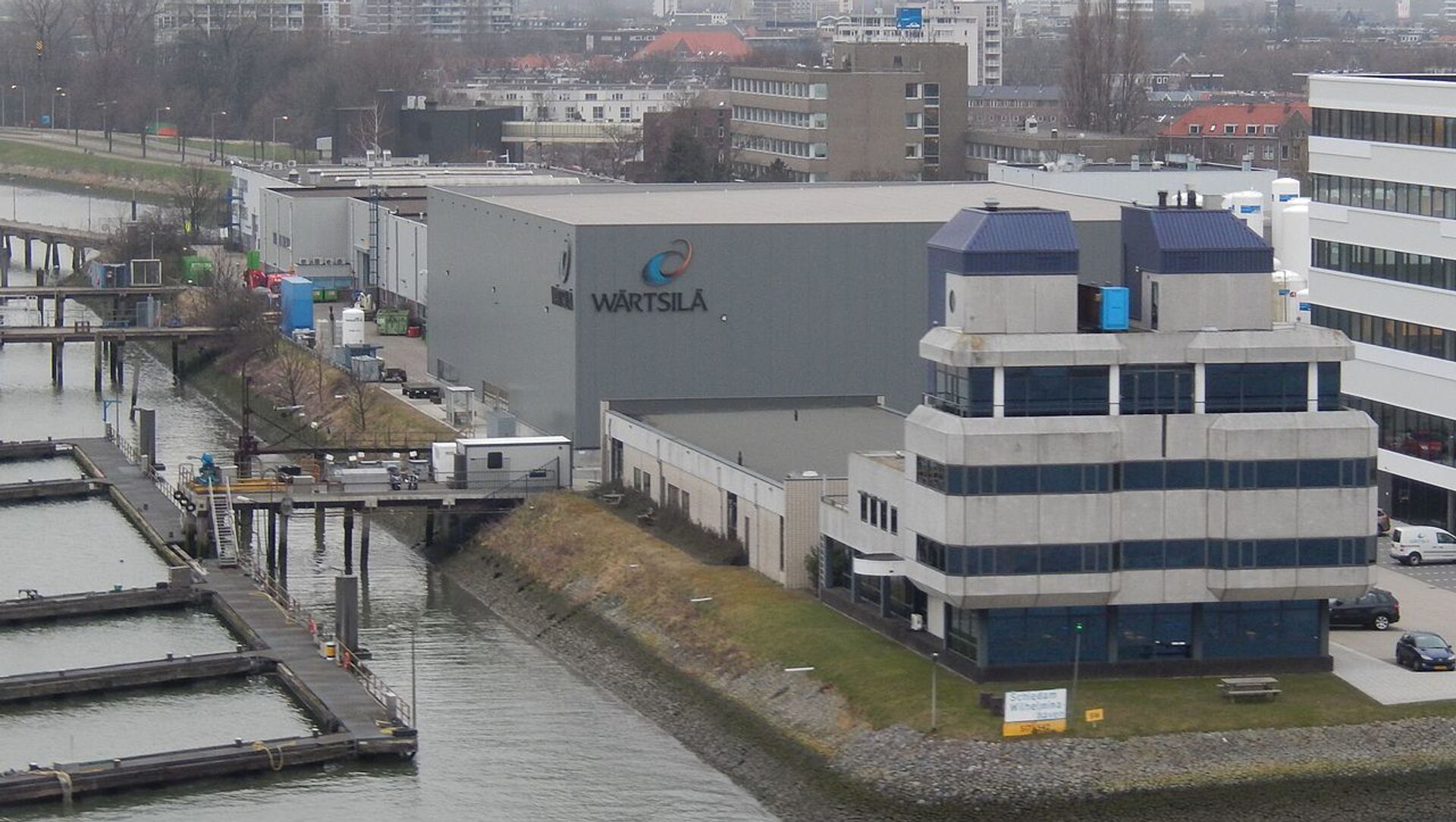 CC BY 3.0 / Gerd Fahrenhorst / Wärtsilä in Rotterdam. Wilhelminahaven, Havenstraa
Subscribe
International
India
Africa
Dhairya Maheshwari
All materials
Earlier this year, Sri Lanka reneged on a 2019 trilateral pact that would have allowed companies from India and Japan to develop and hold 49 percent stakes in the East Container Terminal Project in the port of Colombo. The policy reversal by Colombo has sparked diplomatic protests by both Japan and India.

The Sri Lankan government has given formal approval to a new port development project, which it said would be developed in conjuction with Indian and Japanese companies, cabinet meeting notes have revealed.

"The cabinet appointed Negotiation Committee presented their recommendation based on the discussion held between the two parties and accordingly the cabinet of ministers approved the proposal presented by the Honourable Minister Ports and Shipping to develop the West Coast Terminal on a Build, Operate, Transfer basis for a period of 35 years as a public-private partnership with Adani Ports and Special Economic Zone Limited (APSEZ Consortium) and the Sri Lanka Ports Authority", said the Sri Lanka cabinet notes.

Accordingly, the build, operate, and transfer plan approved by the Negotiating Committee has been forwarded to the High Commission of India and the Embassy of Japan requesting them to nominate investors.

The Sri Lankan cabinet said the proposal to develop the West Coast Terminal by an affiliate of Adani Enterprises, one of the biggest businesses in India, has also been approved by the Indian High Commission.

​The handing over of the port project to a joint consortium of Indian and Japanese companies, along with the Colombo-backed Sri Lanka Ports Authority, comes barely a month after President Gotabaya Rajapaksa's cabinet reneged on a 2019 trilateral pact that the previous Sri Lankan government had signed with Japan and India.

According to the 2019 Memorandum of Cooperation (MoC), Colombo agreed that a joint consortium of Indian and Japanese companies would hold a 49 percent stake in the development of Colombo's East Container Terminal, where nearly 71 percent of the cargo traffic is from India. The remaining 51 percent of the stakes were to be held by the Sri Lanka Ports Authority.

However, in a policy reversal in January of this year, Colombo reneged on the 2019 pact and ordered that the entire East Coast Terminal project be developed by the Sri Lankan company, amid concerns raised by local workers over the involvement of foreign companies in the strategic project.

The volte-face by the Sri Lankan government upset India and Japan, both of whom called upon Colombo to abide by its international commitment.

Sri Lanka, however, offered the West Coast Terminal as possible recompensation to New Delhi and Tokyo, even as it remained firm on its decision to snap the 2019 agreement.

"We sincerely believe that the development of infrastructure in Sri Lanka, in areas such as ports and energy, with foreign investment from India and Japan will be a mutually beneficial proposition".

"Our High Commissioner in Colombo is in discussions with the government of Sri Lanka, including on the importance of adhering to international commitments", it added.

Significantly, Colombo's decision to snatch the port project from India came despite the issue figuring during discussions between the Sri Lankan leadership and visiting Indian External Affairs Minister S. Jaishankar to Colombo in January of this year.