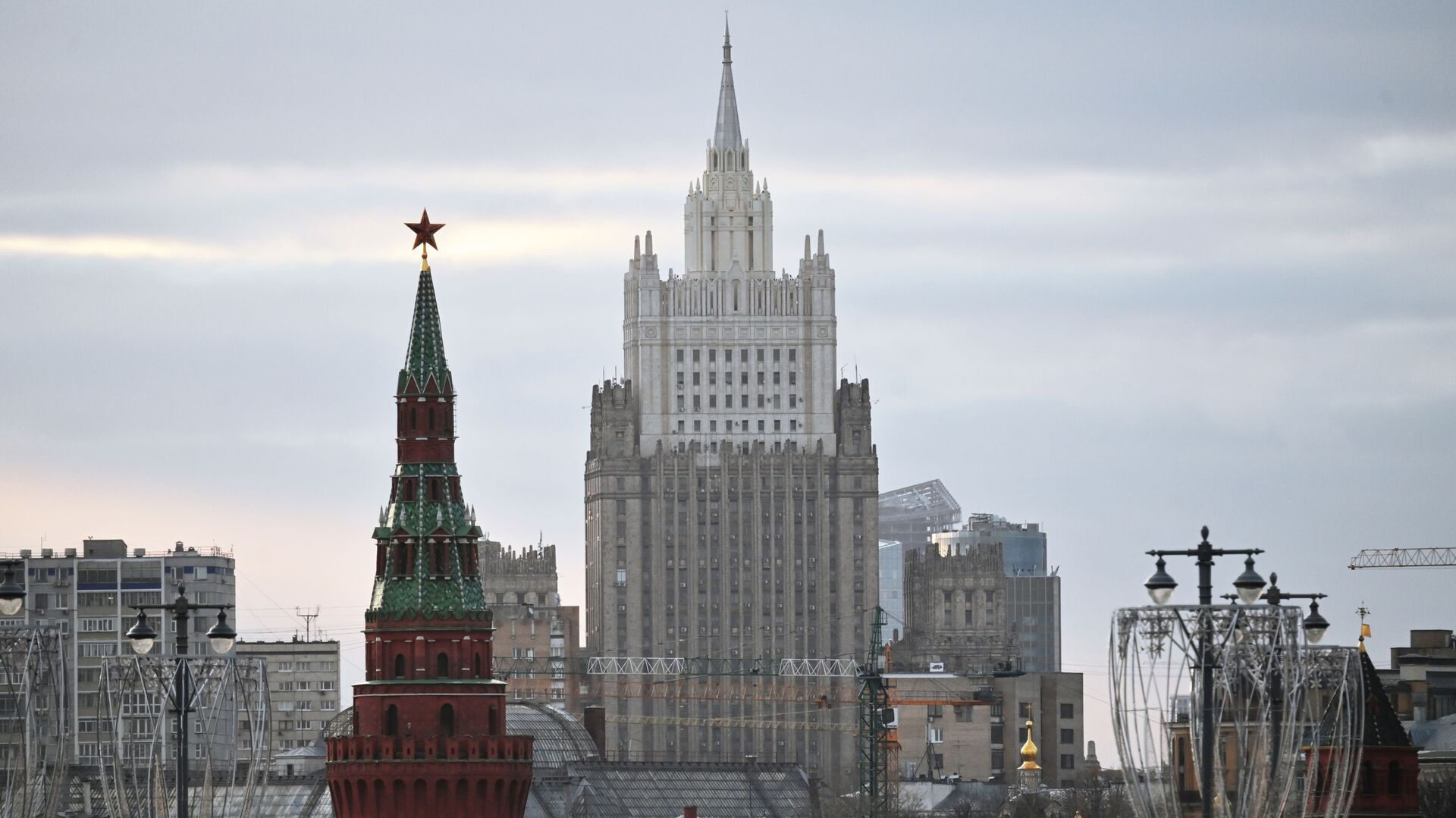 Russia's response to new US sanctions will not necessarily be symmetrical, Washington's decision is a triumph of the absurd and a hostile attack that will not affect Moscow's policy, Russian Foreign Ministry spokeswoman Maria Zakharova said on Tuesday.

The US followed EU suit earlier in the day to impose sanctions against Russia over alleged production of biological and chemical weapons. The list includes 14 organizations and a number of individuals. Russia has repeatedly denied all US allegations related to the Navalny case, saying Western countries ignored Moscow's requests for substantiating materials.

"The absurd triumphs when the reason for the imposition of sanctions is declared to be a deliberately arranged provocation with the alleged 'poisoning' of Navalny with some 'chemical weapons.' All this is just an excuse to continue open interference in our internal affairs. We do not intend to put up with this. We will react on the basis of the principle of reciprocity, not necessarily symmetrically," Zakharova said in a commentary.

"The US administration has undertaken a hostile anti-Russian attack, announcing, in a duet with the European Union, the next sanctions measures to 'punish Moscow,'" she said.

Kremlin on Navalny's Slander Case: It Is Unacceptable to Insult War Veterans in Russia
"It is probably difficult for colleagues in the United States to understand the illusory claims to their own exclusivity and come to terms with it. Calculations to impose something on Russia through sanctions or other pressure have failed in the past, and fail now. If the United States is not ready for an equal dialogue on a reasonable basis, this is their choice. Regardless of the US 'sanctions bias,' we will continue to consistently and resolutely defend our national interests, rebuffing any aggression. We call on our colleagues not to play with fire," Zakharova said.

"Washington, being a serial violator of international treaties and agreements in the field of arms control and non-proliferation, is by definition deprived of the moral right to 'lecture' others," she stressed.

The US Department of the Treasury’s Office of Foreign Assets Control (OFAC) joined the US Departments of State and Commerce on Tuesday in sanctioning seven senior Russian officials, including Federal Security Service (FSB) Director Aleksandr Bortnikov and Prosecutor General Igor Krasnov, over the Navalny case. 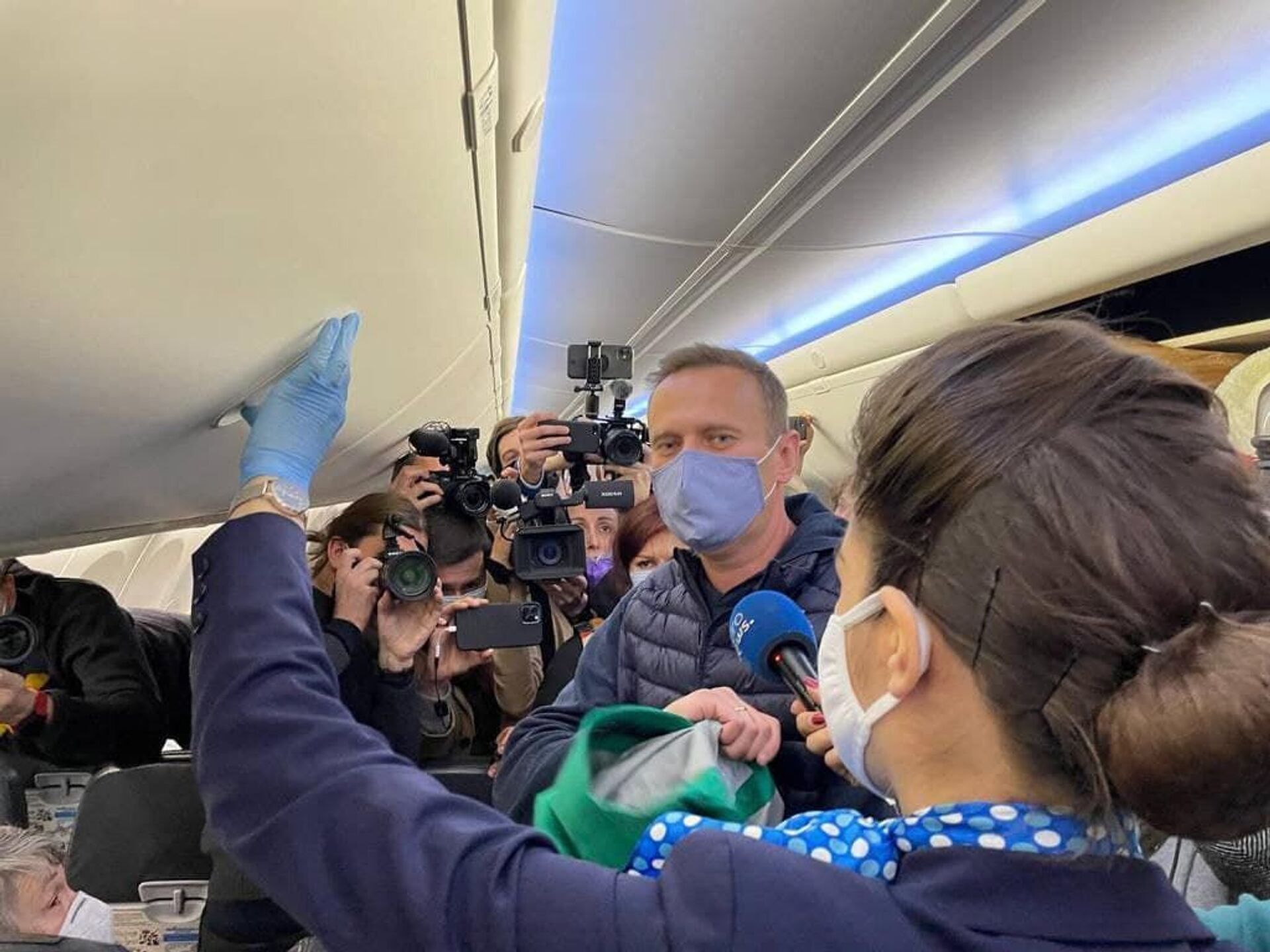 Alexey Navalny talks to journalists before coming back to Moscow from Berlin, 17 January 2020
© Sputnik

Reuters reported earlier that Washington was set to impose restrictions against Russian officials under two executive orders - 13661, issued after Crimea's reunification with Russia in 2014, and 13382, issued in 2005 to counter the proliferation of weapons of mass destruction.

In addition to that, the US Department of State said it will cease all aid to Russia under the Foreign Assistance Act excluding urgent humanitarian aid. Washington also sanctioned three Russian scientific institutions and imposed additional penalties on the country’s two security services.

It is also restricting exports for 14 entities located in Russia, Germany, and Switzerland over their alleged role in the poisoning of Navalny, though no solid evidence has been presented to underpin those allegations.

On August 20, Navalny fell ill on a domestic flight in Russia. He was initially treated in the Siberian city of Omsk, where the plane made an emergency landing. Two days later, when the doctors determined that he was fit for cross-border aerial transportation, the politician was taken to the Berlin-based Charite hospital for further treatment. The German government said that doctors found traces of a nerve agent from the Novichok group in his system. Moscow responded by pointing out the lack of evidence in Berlin's claims and noting that Russian doctors had found no toxic substances in Navalny.