Joe Biden Was Reluctant to Apologise to Woman Who Accused Him of Inappropriate Touching, Book Claims 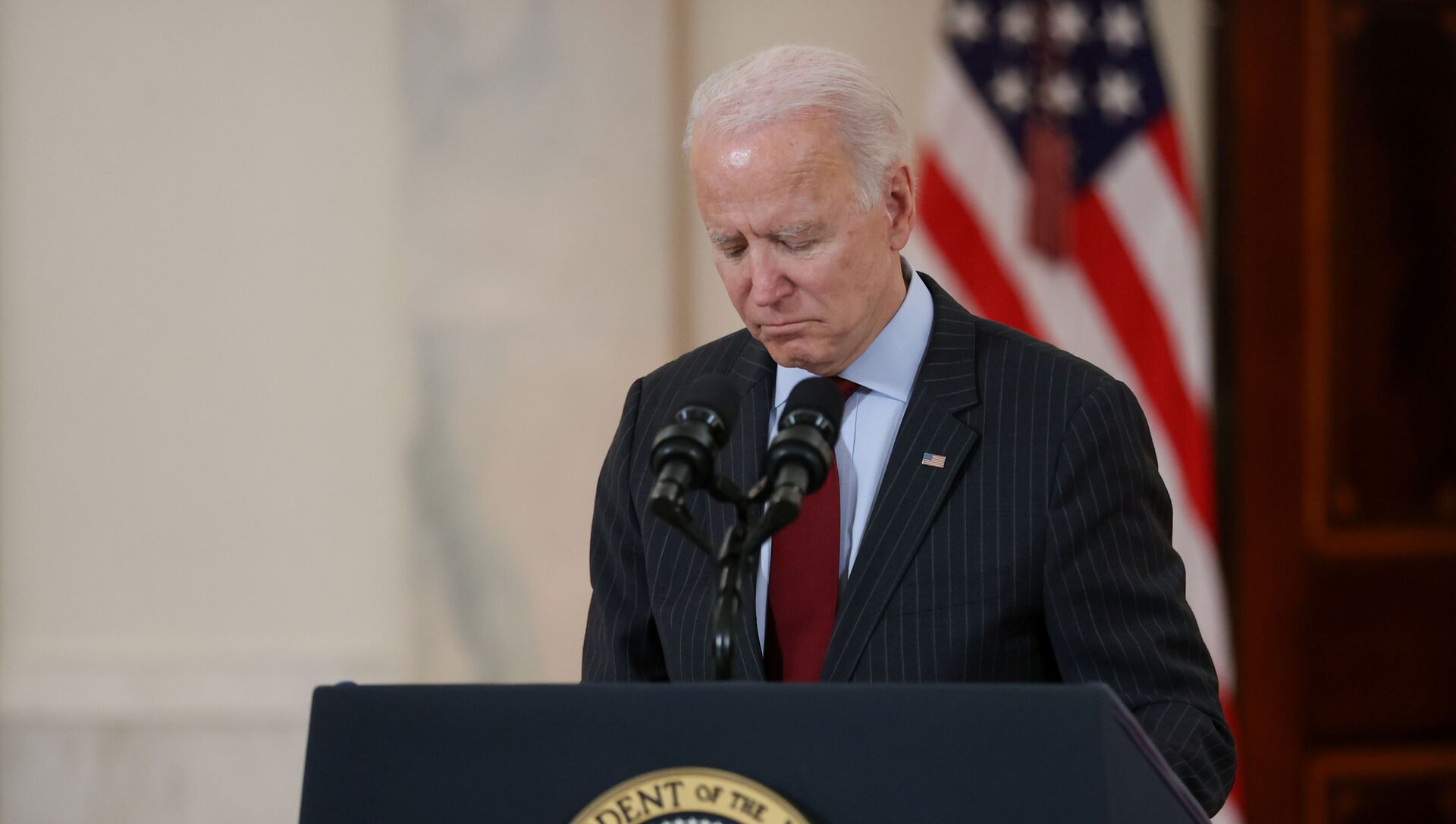 © REUTERS / JONATHAN ERNST
Subscribe
Max Gorbachev
All materialsWrite to the author
Lucy Flores is among several women who accused the Democrat of inappropriate hugging, kissing, and touching. One of the women who came forward with accusations even claimed that Biden sexually assaulted her when she worked for him as a staff assistant.

US President Joe Biden was reluctant to apologise to Lucy Flores, a woman who accused the politician of inappropriate touching and kissing, claims a new book "Lucky: How Joe Biden Barely Won the Presidency".

"He won't apologise because he thinks he did nothing wrong", a Biden adviser told the authors of the book.

A Biden ally revealed that when aides pointed to potential problems their concerns fell on deaf ears.

"I don't think he understood it on some level. He constantly thought 'Yeah, so what? What's the big deal?' He needed a lot of convincing. Every time someone flagged that it was a problem, it went right over his head", the ally said.

What Were the Allegations?

In a 2019 essay titled "An Awkward Kiss Changed How I Saw Biden" Lucy Flores spoke about the Democrat's alleged inappropriate behaviour. Flores claimed he approached her from behind and smelled her hair and kissed her on the back of her head without consent.

"If Biden and I worked together in a traditional office, I would have complained to the HR department, but on the campaign trail, there's no clear path for what to do when a powerful man crosses the line. In politics, you shrug it off, smile for the cameras, and get back to the task of trying to win your race", Flores wrote.

Flores wrote that she decided to come forward after reading reports and seeing photos showing Biden displaying similar behaviour with other women.

"Had I never seen those pictures, I may have been able to give Biden the benefit of the doubt. Had there not been multiple articles written over the years about the exact same thing — calling his creepy behaviour an 'open secret' — perhaps it would feel less offensive. And yet despite the steady stream of pictures and the occasional article, Biden retained his title of America's Favourite Uncle", Flores wrote in her essay.

How Has Biden Responded?

It took the politician four days to respond to the accusations. He recorded a video in which he accepted that social norms have changed and promised to be more respectful of people's personal space.

"I shake hands, I hug people, I grab men and women by the shoulders and say, 'You can do this'. Whether they are women, men, young, old, it's the way I've always been. It's the way I show I care about them, that I listen", he said. "Social norms have begun to change, they've shifted. And the boundaries of protecting personal space have been reset. And I get it. I get it. I hear what they're saying, I understand it. And I'll be much more mindful. That's my responsibility and I'll meet it", Biden said.

According to the book "Lucky: How Joe Biden Barely Won the Presidency", Biden told his aides that he thought he did not make Flores uncomfortable

"I thought I was doing the opposite. I've always tried to support women", the politician reportedly said.

Flores is among several women who have since come forward with accusations of inappropriate behaviour against Biden. One woman accused the Democrat of sexual assault.

Tara Reade claimed Biden forced her against a wall and penetrated her with his fingers in 1993 when he was a Senator for Delaware.

"There was no exchange, really, he just had me up against the wall", she said to podcast host Katie Halper in March 2020. I remember it happened all at once... his hands were on me and underneath my clothes. I remember him saying, first, as he was doing it 'Do you want to go somewhere else?' and then him saying to me, when I pulled away... he said 'Come on man, I heard you liked me'. That phrase stayed with me", Reade said in a 2020 interview.

Despite these accusations, the Democrat received support from such high-profile female members of the Democratic Party as Hillary Clinton and Elizabeth Warren, which prompted Tara Reade to say that she no longer supports the Democrats.

"I'm leaving the Democratic Party and I won't be part of any. I won't be a Republican; it's just not my political belief system. I've been pretty much progressive all my life…I feel politically homeless", Reade said in an interview with journalist Megyn Kelly.