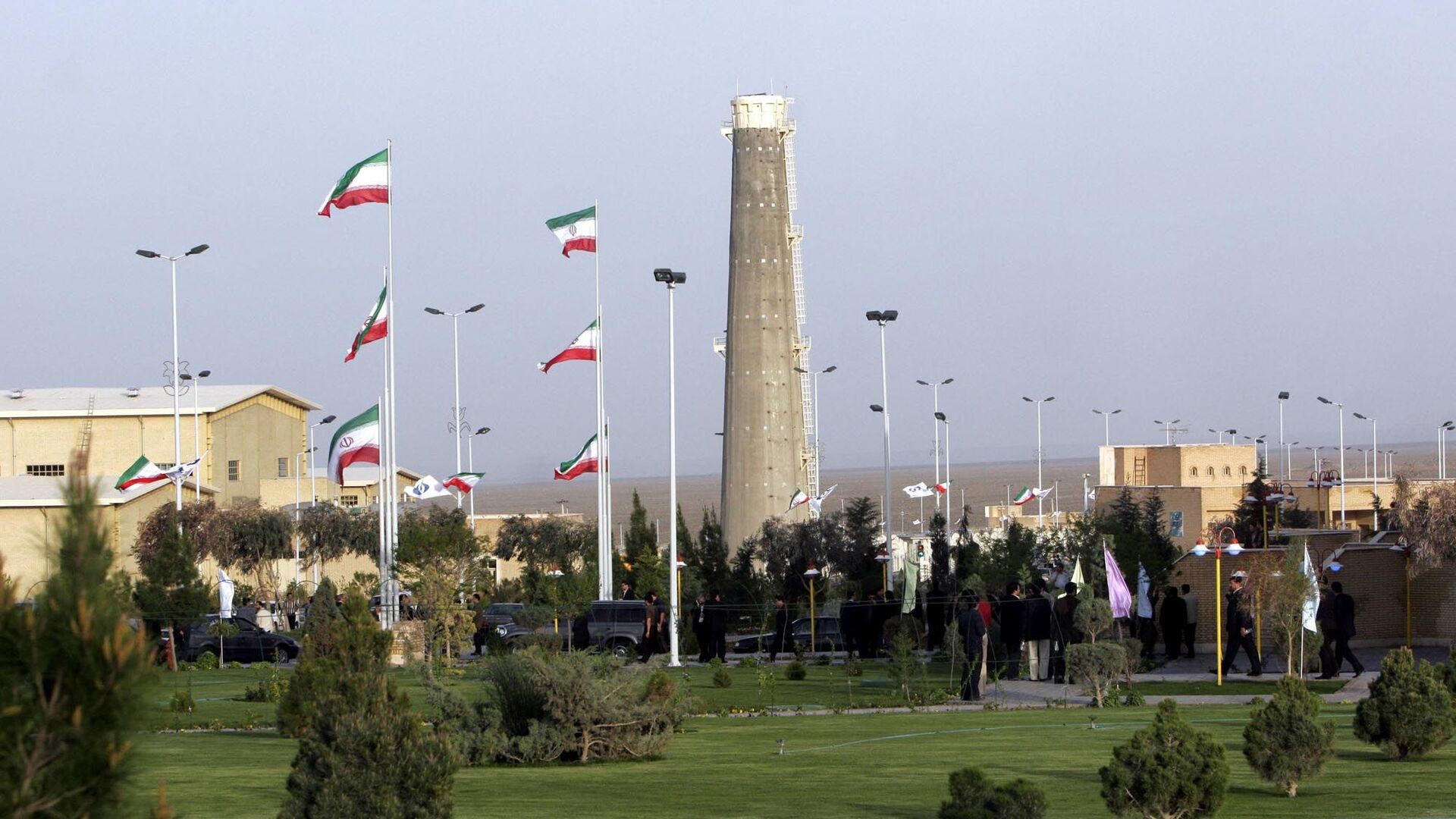 © AP Photo / HASAN SARBAKHSHIAN
Subscribe
International
India
Africa
Gaby Arancibia
All materialsWrite to the author
Earlier, Iran rejected an invitation from global partners of the 2015 Joint Comprehensive Plan of Action (JCPOA) to discuss the Middle Eastern country’s potential return to the negotiating table. Iran has repeatedly indicated it will not negotiate as long as US sanctions remain in place, a stance firmly opposed by Washington officials.

Iran warned on Monday that a looming resolution expected to be put forward later this week by the International Atomic Energy Agency’s board of governors will effectively undermine ongoing diplomatic efforts between the two parties.

Citing a document released by the Iranian mission in Vienna, the AFP reported that the looming resolution would specifically sabotage a three-month agreement recently worked out between the UN nuclear watchdog and Iranian officials.

“I have to give this warning, that actions against our expectations will have adverse effects on diplomatic processes, and can quickly close the windows of opportunity,” Ali Rabiei, a spokesperson for the Iranian government, told reporters on Tuesday.

He added that Iran expects “all parties to act rationally and prudently, and to know the value of fleeting moments.”

“We are still committed to diplomacy,” the spokesperson underscored.

The potentially-compromised IAEA agreement allows for Iranian officials to store data from cameras on Iran’s nuclear program for a period of three months, instead of being handed over directly to the watchdog. However, if stiff sanctions placed against Iran are not lifted by the end of the three months, Tehran will be cleared to erase the data.

Rabiei remarked to the press that the temporary agreement highlighted Iran’s willingness to show “goodwill,” but that the ball is now effectively in the court of other parties. He noted that the UK, France, Germany, and other European parties of the 2015 deal need to match Tehran’s efforts.

Iran’s deal with the IAEA came about after Tehran passed legislation last year that called for halting some JCPOA commitments, such as inspections, in the event the incoming Biden administration either failed to ease US-imposed sanctions, or if European partners did not offer their assistance in the matter.

The December 2020 legislation required the US to lift sanctions by February 21; however, if Washington failed to meet the deadline, it would limit the IAEA’s access to Iranian nuclear sites. With the US not budging on the matter, the restrictions took effect on February 23.

Relations between Iran and the US have remained heightened since Washington’s 2018 withdrawal from the JCPOA, over allegations made by the Trump administration that Tehran had violated the agreement. The withdrawal prompted a slew of sanctions previously lifted to be reimposed, and was followed by a so-called “maximum pressure” campaign against Iran.

At present, both the US and Iran have repeatedly called on one another to make the first move, to no avail.