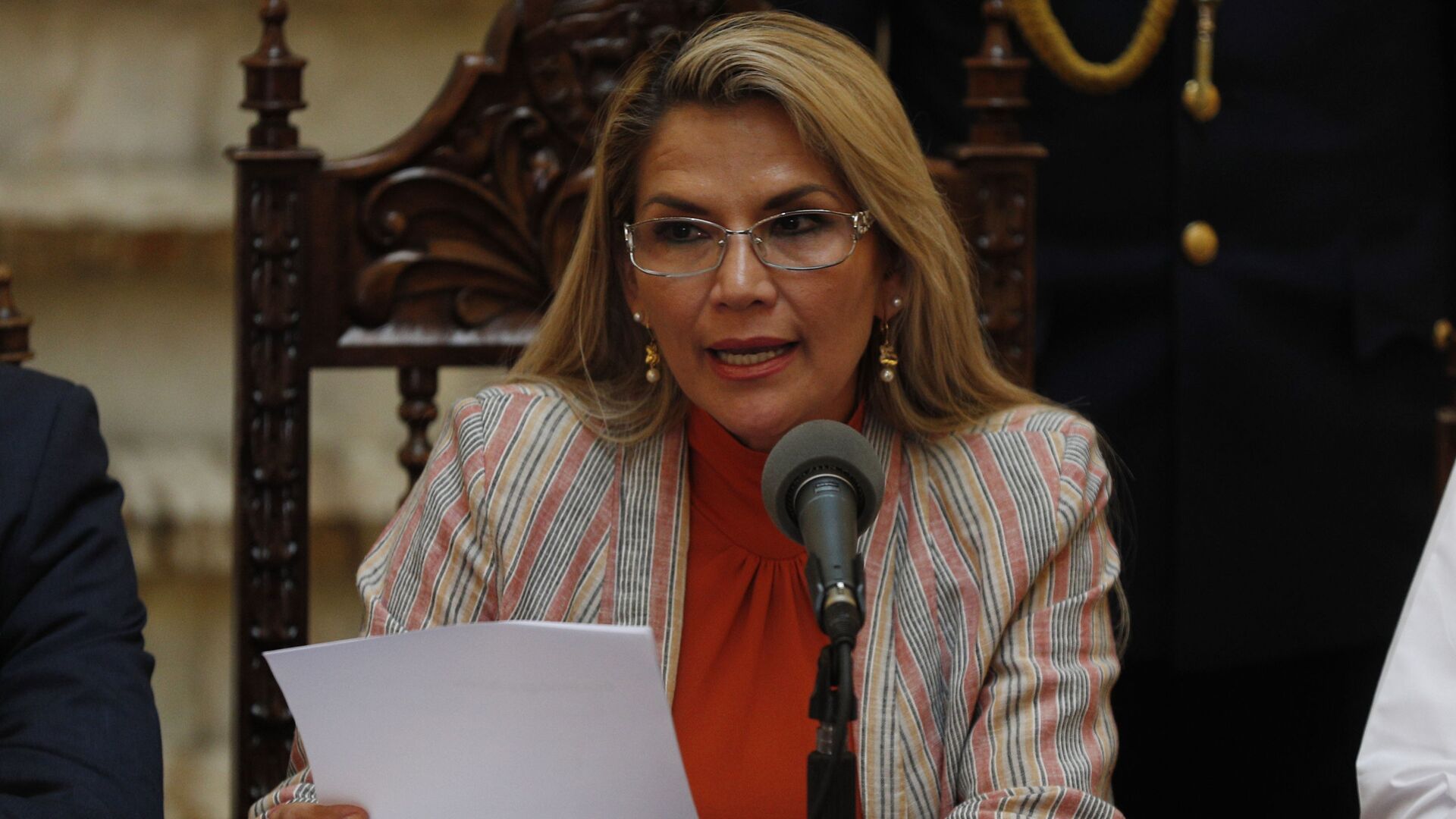 James Tweedie
All materialsWrite to the author
Both chambers of the Bolivian parliament voted late last year to indict former interim president Jeanine Añez and 11 members of her cabinet over the deaths of 37 protesters against the November 2019 military coup d'etat against socialist president Evo Morales.

The leadership of Bolivia's year-long regime could soon face arrest and trial on charges of genocide over massacres of protesters following the 2019 coup.

Meanwhile, the new government of Evo Morales' successor Luís Arce faces another challenge to its authority after striking doctors extended their walkout for another 15 days.

Last week Jeanine Áñez, who ruled as interim president from November 2019 to October 2020, refused a summons to meet the state prosecutor in northern Beni department on pain of arrest.

Añez rejected the charges against her and 11 members of her cabinet as "political persecution", calling the case against her "baseless".

​On Friday, Añez said she had been asked to attend a new hearing with the prosecutor.

She claimed the ruling Movement for Socialism (MAS) "has decided to persecute me for political reasons" and had called her to "testify in a manipulated trial" — and insisted "I will not surrender".

​Both chambers of the Plurinational Legislative Assembly voted late last year in favour of report into the  "massacres of Senkata, Sacaba and Yapacani, which recommends a judgment of responsibility against Jeanine Añez for genocide and other offenses”. 11 former ministers in her government were also implicated.

Bolivia’s Once-Exiled President Evo Morales Made Leader of Ruling MAS Party
Añez and her government are accused of giving security forces a "license to kill" during protests against their takeover — after MAS president Evo Morales was ousted by a military coup following opposition protests claiming fraud in his election victory the previous month.

At least six people were killed and 115 injured by gunfire in Senkata, in El Alto outside the capital La Paz. The new government has recognised a total of 37 deaths in five incidents around the country in that period, 27 of those from gunshot wounds.

At the launch of an immunisation campaign in La Paz with the Russian Sputnik V vaccine on Monday, Arce slammed doctors who have walked out during the coronavirus pandemic over the Sanitary Emergency Law — which outlaws actions to shut down health services.