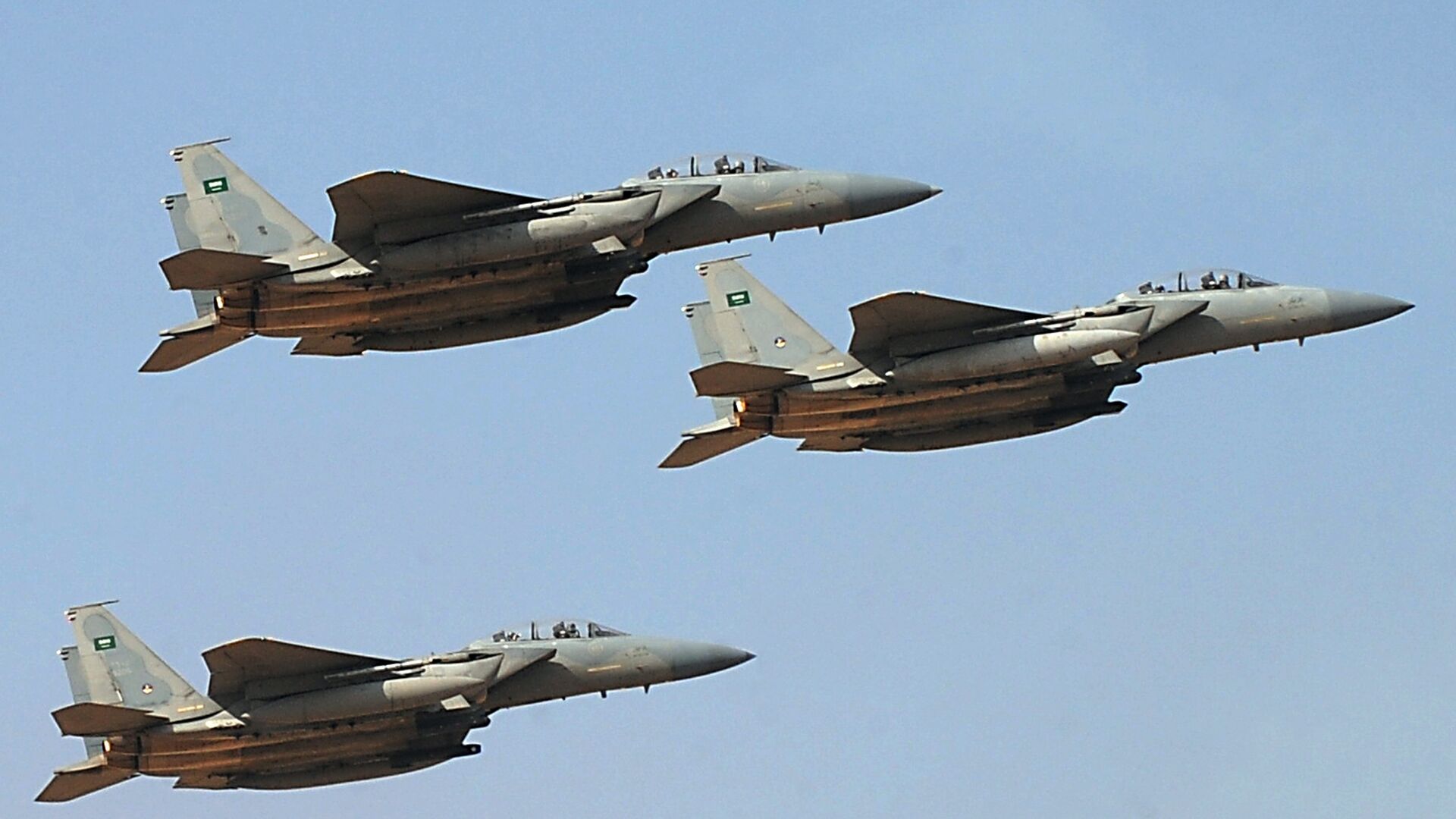 Morgan Artyukhina
All materialsWrite to the author
US President Joe Biden has long attacked the Saudi-led coalition's war in Yemen, calling for an end to hostilities. However, after becoming president, Biden has only taken minor measures to affect that war without applying major pressure to Riyadh.

A US State Department spokesperson said Monday that Washington would not issue a blanket ban on selling weapons to the Kingdom of Saudi Arabia. The decision comes after the release of an intelligence dossier linking the monarchy to a prominent journalist's assassination and amid the kingdom's ongoing war in Yemen.

"The NSC [National Security Council] leads the process to evaluate proposed weapons transfers," State Department spokesperson Edward Price said at a press briefing. "That’s the way it should be. They will be evaluated... on a case-by-case basis going forward."

"We are aware of a network known as the Rapid Intervention Force, a unit of the Saudi Royal Guard that has engaged in counter-dissident operations, including the operation that resulted in the brutal murder of Jamal Khashoggi," Price said. "We have urged Saudi Arabia to disband this group and then adopt institutional systemic reforms and controls to ensure that anti-dissident activities and operations cease."

Last week, the Biden administration declassified a dossier from the Office of the Director of National Intelligence that found that Khashoggi's killing in the Saudi consulate in Istanbul on October 2, 2018, could not have happened without the knowledge and approval of Saudi Crown Prince Mohammad bin Salman, who "has had absolute control of the kingdom's security and intelligence organizations."

However, paradoxically, in the aftermath of the report US President Joe Biden took no action against the crown prince or the crown. "We believe there is more effective ways to make sure this doesn't happen again and to also be able to leave room to work with the Saudis on areas where there is mutual agreement, where there is national interests for the US. That is what diplomacy looks like," White House Press Secretary Jen Psaki said on Sunday.

The announcement also comes after Biden said he was ending US support for Riyadh's offensive operations in Yemen, but not military support for Saudi Arabia overall. In early February, Biden paused several smart bomb sales to Saudi Arabia in the process of being approved, but left the door open to their future approval, as well as for support for operations that could be termed "defensive."

In 2020, the Saudi military budget was the world's ninth-largest, spending $48.5 billion that year, according to the International Institute for Strategic Studies think tank. That total is larger than the defense budgets of South Korea, Italy, Canada, Australia, and Brazil, among others.