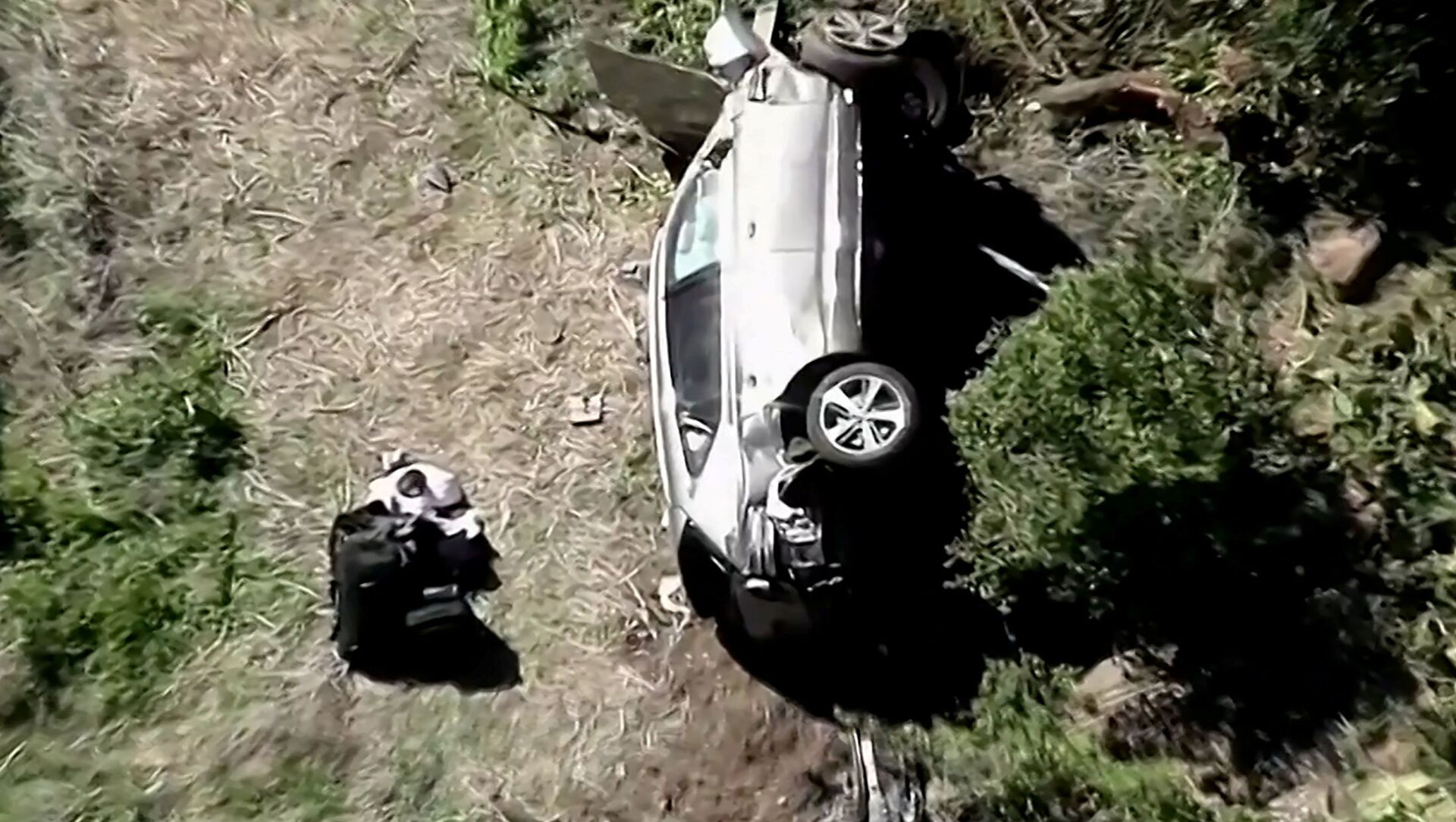 © REUTERS / KNBC
Subscribe
Max Gorbachev
All materialsWrite to the author
The golf legend has a history of car accidents. In 2017 police officers found him asleep in a car with its engine running. Further investigation revealed that he had several types of medication in his blood at the time of the accident. The athlete pleaded guilty to reckless driving and was sentenced to one year of probation.

Tiger Woods may have fallen asleep before last week's crash, accident experts have revealed. Initially reports suggested that the golfing legend lost control of the vehicle on a Los Angeles road, which police say is known for accidents. However, three experts, who spoke with USA Today suggest there is no evidence to support this theory.

Evidence #1: The Car Stayed on the Road as it Curved Right

"To me, this is like a classic case of falling asleep behind the wheel, because the road curves and his vehicle goes straight," said Jonathan Cherney, a consultant who serves as an expert witness in court cases. Cherney, a former police detective, said he examined the crash site in person after Tuesday’s accident.

Evidence #2: There Wasn't Any Steering Input

Another detail which has puzzled experts is the apparent fact that Woods didn’t make any effort to prevent the crash. According to Rami Hashish, principal at the National Biomechanics Institute, whose job it is to analyse car accidents, this points to a “very delayed response”, which in turn suggests that Woods “wasn’t paying attention at all”.

Hashish said he suspects the athlete did not travel at high speed as he would have sustained more serious injuries. The speed limit on that road is 45 mph.

"You can walk away with a broken leg from 45 to 50 mph. If you’re hitting 60, 65 and you’re hitting a stationary object, your likelihood of death increases exponentially," Hashish said, adding that if Woods had travelled at 80 miles per hours he would have been dead.

Los Angeles County Sheriff Alex Villanueva told reporters there were no skid marks on the road to indicate braking. Felix Lee, an accident reconstruction expert notes that Woods' SUV had anti-lock brakes, so even if the athlete slammed on them “you wouldn’t necessarily see tyre marks,” the expert said.

"It’s a drift off the road, almost like he was either unconscious, suffering from a medical episode or fell asleep and didn’t wake up until he was off the road and that’s where the brake application came in," Cherney said.

Another detail that has raised eyebrows is the fact that Villanueva called the crash "purely an accident" without examining the vehicle’s "black box computer", which could have provided information about what happened before the crash.

'We Love You': Netizens Overjoyed After Tiger Woods Thanks Golf World for Support
Villanueva said investigators have not yet accessed the computer.

Another bizarre detail that has attracted experts' attention is the statement that Woods was not drunk or on drugs. Initially Villanueva said the athlete, who was arrested in 2017 for driving under the influence, was not drunk - "We can throw that one out", he told reporters.

But when asked whether Woods' blood had been examined to see if he had taken medication, Villanueva said the hospital could have this information.

"We’ll assume that in the course of the treatment they drew blood - and they have to do that obviously because he has to go into surgery and all that. But that’s going to require a search warrant from our part to go into those details", he said.

Woods suffered open fractures in his right leg and ankle and doctors used pins and screws to stabilise them. His family released a statement saying the athlete underwent procedures and is in "good spirits". Police officers, who arrived at the scene, said the athlete is lucky to be alive.

000000
Popular comments
The sign on the side of the road registered at 80 sheep per hour looking at the state of it.
Terry Brown
1 March, 20:43 GMT
000000
We know now that a Hyundai Genesis GV80 SUV was the SUV driven by Tiger Wood. Hyundai?