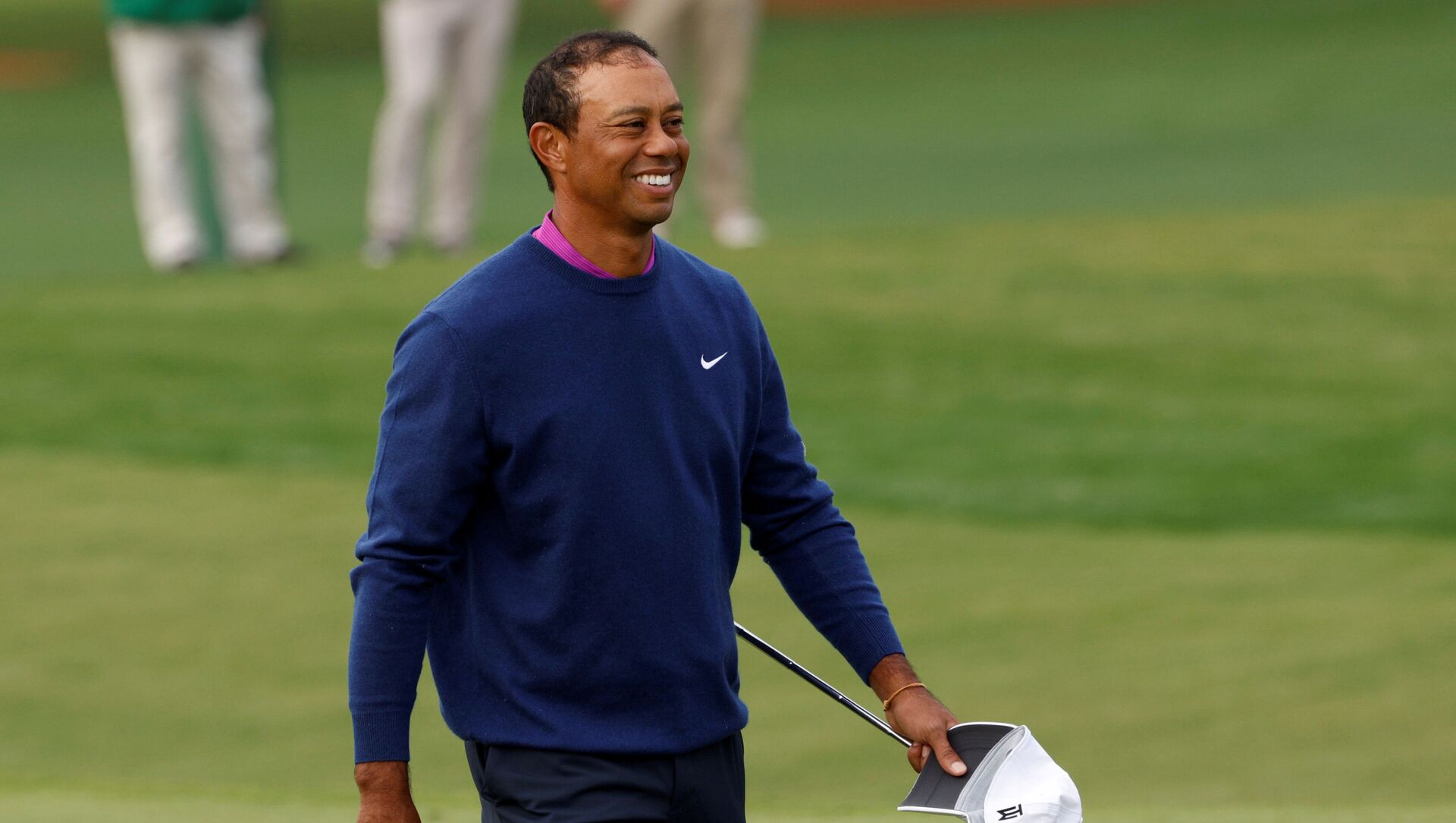 © REUTERS / MIKE SEGAR
Subscribe
Max Gorbachev
All materialsWrite to the author
The golf legend suffered multiple open fractures to his right leg after his car hit the central reservation and rolled over several times before falling off the road last week. Police officers who arrived at the scene said the athlete was very lucky to be alive.

Tiger Woods has melted the hearts of social media users after he issued a statement on Twitter for the first time since the devastating car crash. Following the incident, athletes and golf fans donned red shirts, an iconic part of Woods' outfit when he plays golf, in order to support the athlete.

#TigerWoods Get Well wishes from the gang at Salinas Fairways,CA! 💞 pic.twitter.com/2sTYLTEwLv

​Woods said the support has helped him get through this "tough time".

​His post triggered an even bigger torrent of positive comments.

​Some users said how much the athlete meant to them.

You deserve it @TigerWoods ! We all love you and want you back on the golf course! I learned about Golf watching you play, you are my hero! Get Well and go forward!! https://t.co/f8nNoczGkv

It can't be any clearer.
Tiger Woods is Golf. https://t.co/Jj5GqLYkoX

Get well soon @TigerWoods You can have anyone of my legs..

​Many users called on the athlete to be more careful when driving.

Learn how to drive (a car) Tiger or get a chauffeur, call Uber or walk.

@TigerWoods after you get out of the hospital, I will be your personal driver cause man, we’re tired of seeing the news of car crashes and your name associated with them. Get well soon.

​Still others contended that people are behaving as though the athlete were dead.

So touched. Hes a bad driver and broke a leg and golfers acted like he was dead. So dumb

​Two days ago, his family released a statement saying the golf legend is in "good spirits" after undergoing successful procedures. Doctors had to stabilise open fractures in his right leg with pins and screws.

Wow -- Tiger Woods was in a really bad car crash/roll-over in California. pic.twitter.com/sKiZHQYn2R

​Los Angeles police said Woods won’t face criminal charges for his involvement in the crash. There was no evidence that he was driving under the influence and the road where the crash occurred is known for its high frequency of accidents.

Incidentally, the same day as his car rolled over several times and plunged off the road, Woods was reportedly involved in a near-miss with a TV director. Oliver Konteh, a member of the crew working on the TV show "Grown-ish", told TMZ that the director had almost got in a car accident with Woods.

Konteh said the director described the athlete as "agitated and impatient".

This is not the first time that Woods has been involved in a car crash. In 2009, he had slammed into a tree near his house and his ex-wife had to smash windows with a golf club in order to get him out of the car.

In 2017, Woods was arrested for driving under the influence. Police officers found him asleep in his car, which was stationary, but the engine was running. He pleaded guilty to reckless driving and was sentenced to one year of probation and a fine of $250.